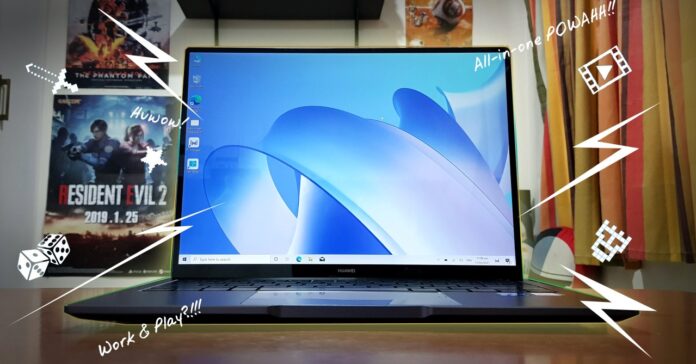 Recently, Huawei launched its new MateBook 2021 lineup in the Philippines, and it consist of the MateBook D 15 2021, MateBook 14 2021, and MateBook X Pro 2021. All three laptops pack the latest Intel processors, as well as 16GB of RAM, making them powerful laptops for productivity.

If you’re looking for a new laptop for your work needs, the new MateBooks are one of the best laptops to get, especially the Huawei MateBook 14 2021. This is because notebook not only promises great performance, but it also has a premium design and impressive display. Coupled with the fact that the laptop has a collection of smart features, the MateBook 14 2021 has everything you need in an all-around device for work and entertainment. This makes it a great match for the modern corporate go-getter of today. After all, today’s dynamic and hybrid workplace requirements for Filipino workers emphasizes the need for a powerful laptop that is able to handle all sorts of productivity uses, as well as entertainment needs (we all need to relax after a long day of work of course).

Need more convincing? Here are five reasons why the MateBook 14 2021 with Intel 11th Gen CPU/16GB RAM is the all-in-one-device for you. 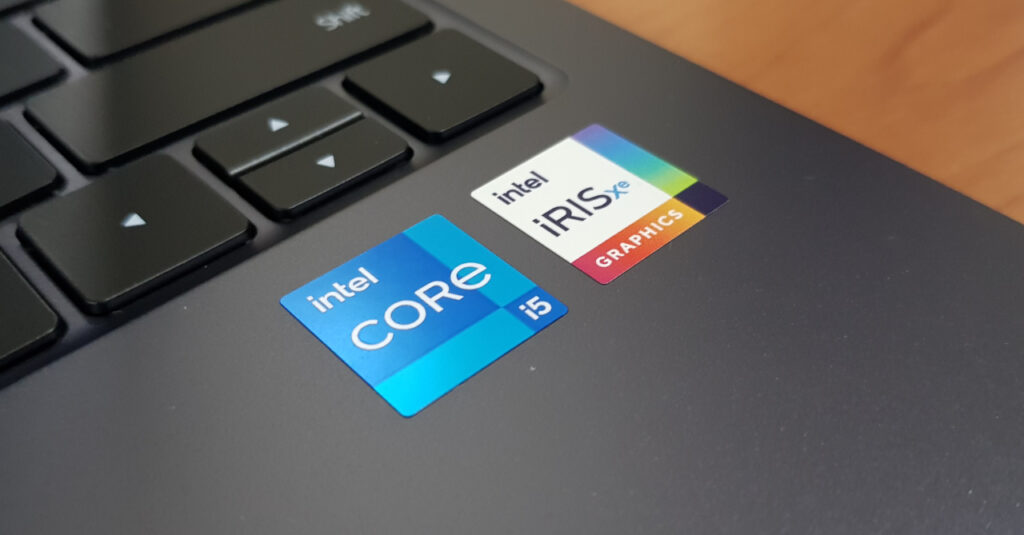 Intel’s latest 11th gen processors were revealed just a few months ago, and they’re now powering a lot of premium laptops, including the new MateBook 14 2021. Thanks to this new Intel processor, the MateBook 14 2021 should have great performance for most users, whether they need a laptop for browsing, working on work documents/presentations, and online conferencing via Zoom. The laptop’s CPU also has integrated Iris Xe graphics that is just as powerful as some entry-level dedicated mobile graphics cards. This means the MateBook 14 2021 is a great fit for photo editing, as well as some light video editing. On top of these, the laptop’s powerful hardware should make multi-tasking a breeze; this is important as today’s workflow often requires you to shift between multiple apps quite often.

The MateBook 14 2021 should also be fast and snappy, even when you have loads of tabs open in your browser thanks to the 16GB of RAM. This is unlike other laptops with only 8GB of RAM, an amount that we consider to be too low. On top of this, the MateBook also supports Wi-Fi 6, meaning it can support much faster wireless internet speed over other laptops with older generation Wi-Fi support. Aside from faster speed, Wi-Fi 6 is also better as it allows more devices to keep connected with the network without slowing down connections for devices. This means more users can use multiple devices without experiencing slowdowns, which is a must for today’s work-from-home setup. After all, you wouldn’t want to suddenly drop out of a Zoom call when a family member suddenly downloads a file. 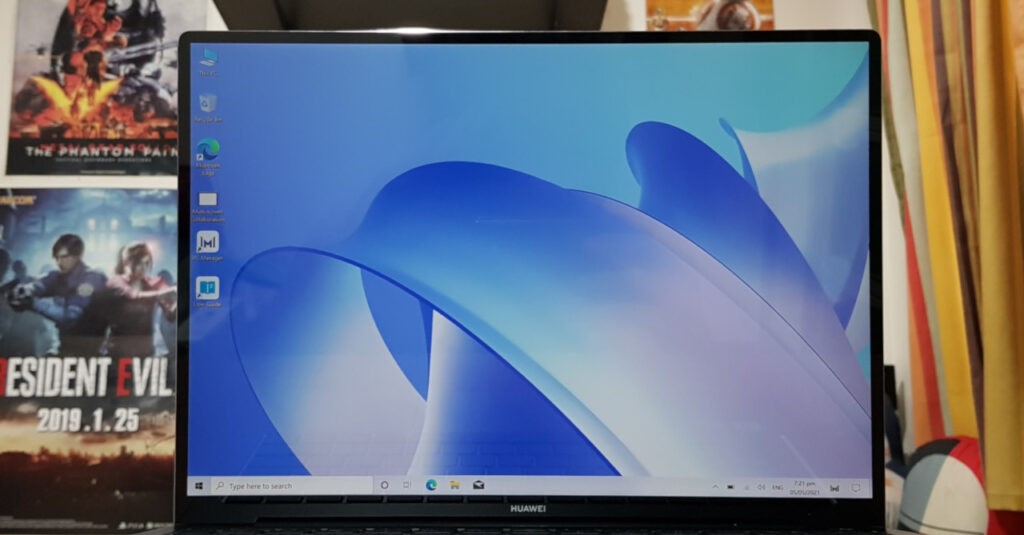 For its display, the MateBook 14 2021 packs a FullView display with a 2K resolution and a 3:2 aspect ratio. This 3:2 aspect ratio makes the MateBook 14 2021’s screen better for productivity, as the taller ratio lets users see more of their documents and/or presentations. It is also more suited to having two apps open at the same time, especially when compared to your typical 16:9 screen. What makes the laptop’s FullView display even better is that it is a touch-enabled screen. This means, even without a mouse, users will have more control options.

Aside from being great for productivity, the laptop’s screen makes it an excellent binge-watching partner. This is thanks to its 2160 x 1440 resolution – a resolution that’s higher than typical 1080p laptop screens. With this, users can enjoy watching higher resolution videos in their collection. Best of all, the laptop’s 16GB of RAM means you can easily watch any of your high-definition content on your drive or from Netflix/other streaming sites without the laptop slowing down; after all, some notebooks with only 8GB of RAM can struggle with media playback, especially when there are other apps open. This won’t be the case with the MateBook 14 2021!

To top it all off, the screen also promises a good eye comfort experience thanks to the built-in Eye Comfort mode. This mode reduces the transmission of blue light from the screen, meaning you’ll be able to work and watch more without hurting your eyes when using the Matebook 14 2021.

Premium Build That Can Amp Up Your Style 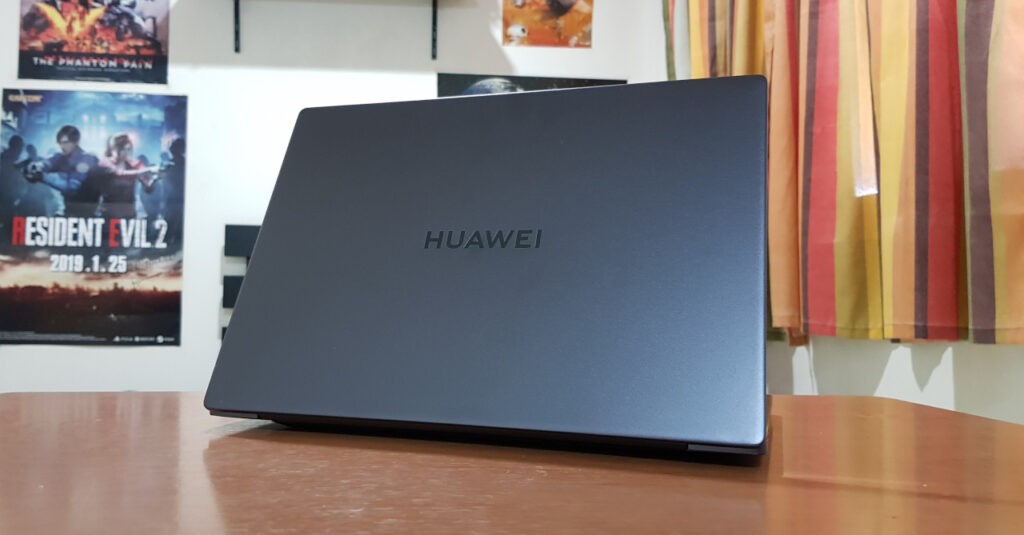 Previous MateBook laptops were made with premium materials; the MateBook 14 2021 is no exception. This new notebook from Huawei comes with a slim and sleek metal body that not only looks great, but it is also quite sturdy. Plus, the sleek and simple design of the laptop’s cover makes it easy to personalize as you can add stickers on the back to make the laptop reflect your personality. On the flip side, you can keep it as it is for a clean and professional look.

While the design looks great, this doesn’t mean the laptop was only designed with looks in mind. Even with the MateBook 14 2021’s slim frame, it comes with Huawei’s Shark Fin fan and dual heat pipes, making it run cool and quiet in most uses. This might not seem like much for some, but there are a number of laptops that can run loudly even in normal use, and this can be quite distracting when working, or worse if your mic picks up the laptop noise when in a conference all. With this MateBook’s smart and functional design, this won’t be a problem for today’s modern worker! 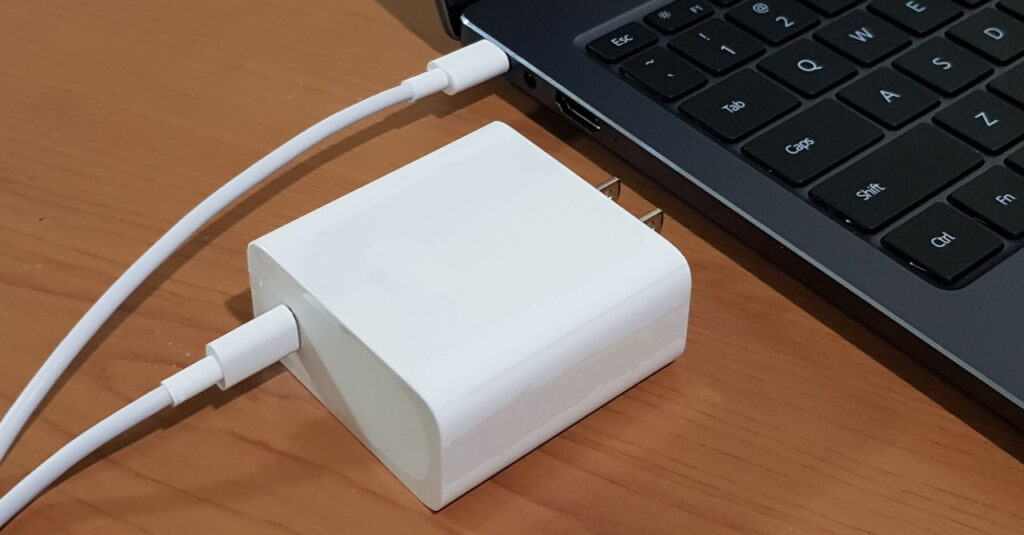 What makes laptops great is the ability for users to bring them everywhere. Though not all laptops are made equal in this regard as some have batteries that drain seemingly in a flash. Not the MateBook 14 2021 though as it has a 56Wh battery that Huawei says can last for up to 11 hours on a single charge. This is definitely an impressive number as you won’t have to be chained to an outlet every time you work or relax with some Netflix.

Of course, there will be times that you’ll need to look for a power outlet to give the laptop some extra juice. In these situations, the Huawei notebook has a USB-C compact charger with Huawei’s SuperCharge feature. This not only charges the laptop fast, it also means it is compatible with Huawei smartphones; great news for Huawei users as they’ll only need one charger for their phone and laptop! 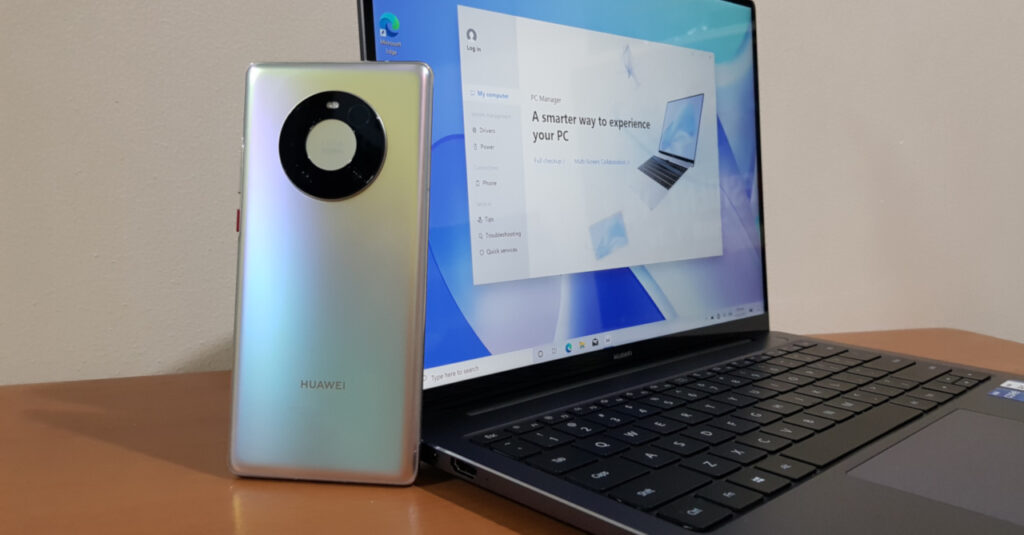 Speaking of Huawei users, the MateBook 14 2021 has Huawei Share, a feature that allows for seamless connections between Huawei phones and laptops. With this, users can connect their Huawei phone with the MateBook 14 2021 by using NFC and Wi-Fi on both devices. This lets them take advantage of nifty features such as Multi-Screen Colalboration–a feature that allows easy file transfer, screen recording, clipboard sharing, and more between a Huawei phone and laptop. If you’re a Huawei phone user then, Huawei Share is an incredible tool to have as it will simplify your workflow, meaning you can focus more on your creative output instead of being bogged down by inefficient file transfer and lack of easy inter-device connectivity of other notebooks. After all, once you do your work faster, you’ll also get to relax much earlier! 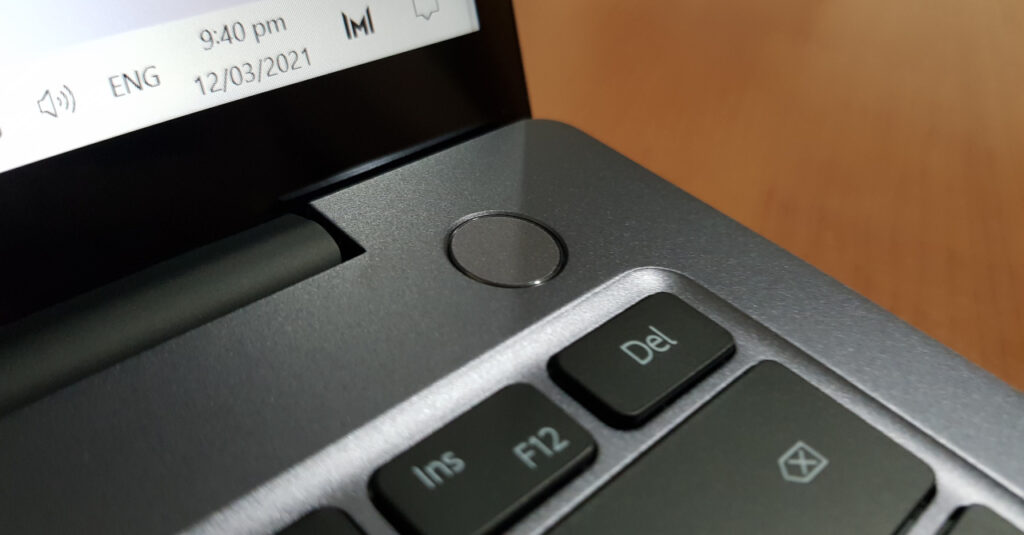 Along with Huawei Share, the MateBook 14 2021 has more smart features, including a fingerprint sensor on the power button for convenient laptop security. The notebook also packs a good amount of I/O, including a USB-C port, two USB 3.2 ports, a 3.5mm audio jack, and even a full-size HDMI port. This means connectivity won’t be an issue for MateBook 14 2021 users. 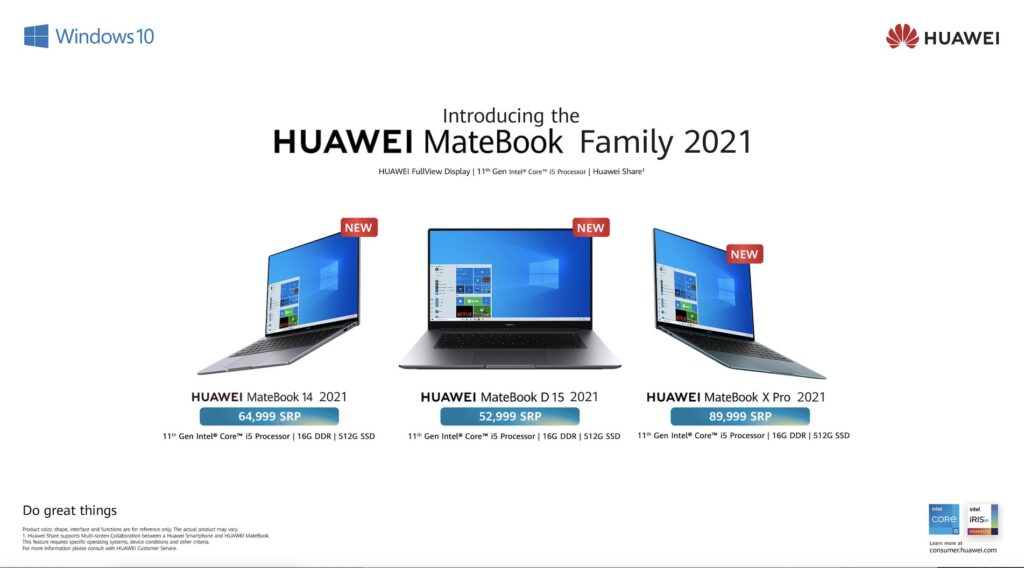 Get the laptop now via the following links: