Everything but the kitchen sink. 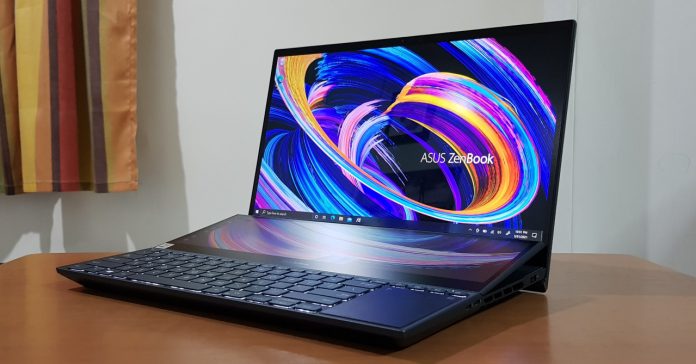 After launching the refreshed ZenBook Duo in the Philippines, ASUS is gearing up for the launch of its bigger brother, the ZenBook Pro Duo OLED. This new laptop is ASUS’ refresh of its top-of-the-line Pro Duo which was revealed back in Computex 2019, and this new model comes with a host of improvements, both in terms of design and internals. 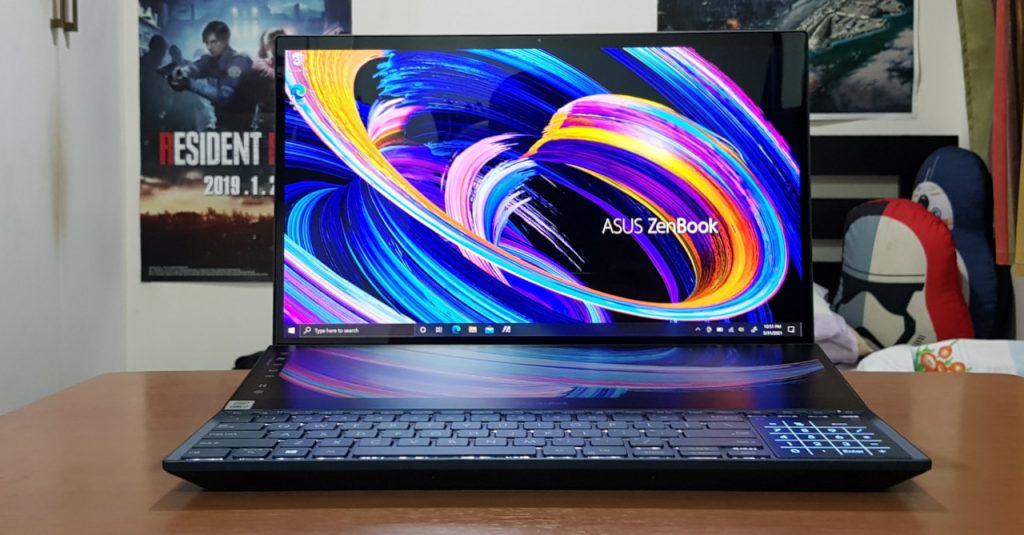 While the ZenBook Pro Duo OLED shares a similar look to its predecessor at first glance, there is a big change. Specifically, the OLED has a raised secondary screen, similar to the UX482 ZenBook Duo. Thanks to this change, users will have an easier time viewing and using the ScreenPad Plus, especially compared to the previous model which laid flat on the laptop’s surface. 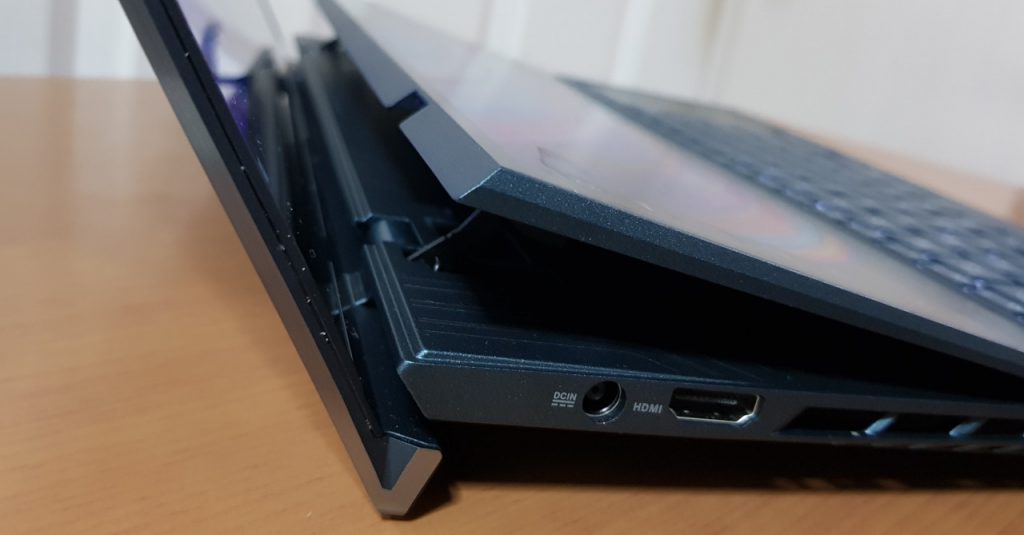 Aside from getting an improved viewing angle, the lifting mechanism for the new ZenBook Pro Duo also has the added benefit of improving airflow. This is important, especially as the OLED has rather beefy specs (more on that later). 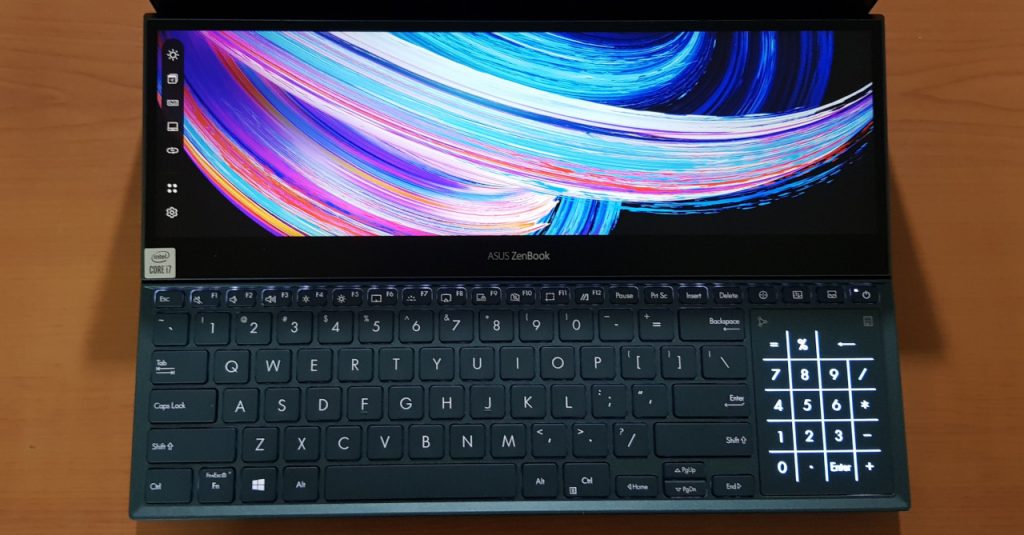 The highlight feature of the ZenBook Pro Duo is no doubt its ScreenPad Plus, a touch display that can act as a secondary screen. Aside from being able to act pretty much like a second screen, the ScreenPad Plus also has various smartphone-style apps, including a calculator, a handwriting app, and more. Plus, the secondary screen can also act as an extension for supported applications; for instance, Microsoft Office apps get handy shortcuts on the ScreenPad Plus. 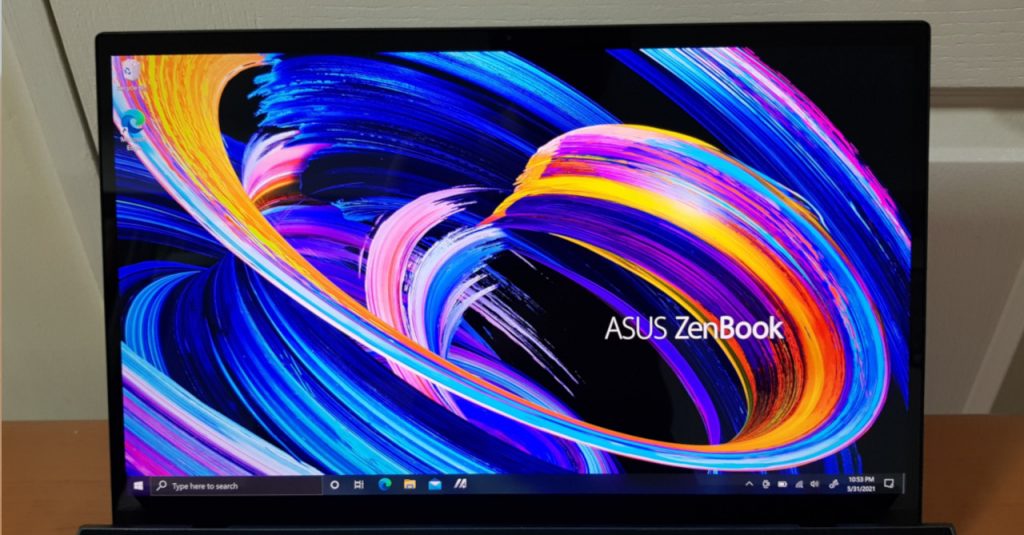 While the second screen got a design upgrade, ASUS didn’t leave out the main display. For the new Pro Duo, ASUS equipped the laptop with a 15.6-inch OLED 4K touch display. While the previous Pro Duo already had a 4K main display, the use of an OLED panel is a major upgrade, both for watching movies/shows as well as for content creation. 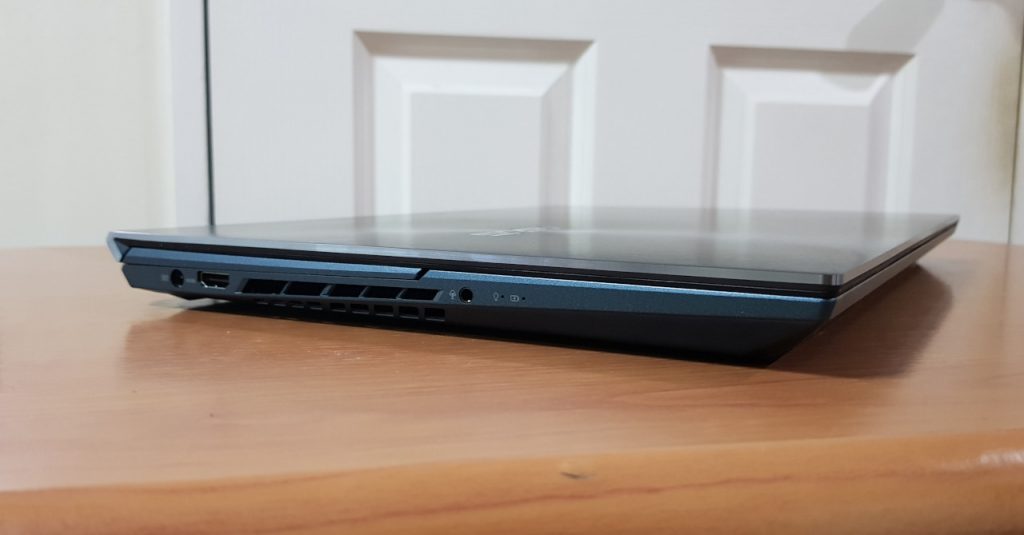 To run the ZenBook Pro Duo, the laptop packs an Intel Core i7 10th gen CPU, as well as an NVIDIA RTX 3070 Studio Edition GPU. The use of a 10th gen instead of an 11th gen Intel processor is a bit of a surprise, though in terms of performance, the 10th gen i7 should still be quite a powerful CPU. What’s for sure powerful though is the RTX 3070; and given that it is a Studio version, it’s designed more for content creation, be it video editing or 3D work. Though we do expect the GPU to handle triple-A gaming as well, even if the Pro Duo isn’t exactly a gaming laptop.

Complementing the CPU and GPU combo is 32GB of RAM, as well as a 1TB SSD. These should be more than enough for most users, and even content creators (though an external storage device might be needed when editing high-res videos).

For I/O, the laptop has 2 x Thunderbolt 3 USB-C,  1 x USB 3.2 Gen 1 Type-A, 1 x full size HDMI 1.4, and 1 x 3.5 mm audio jack. While this is a decent selection of ports, two more USB Type-A ports would’ve been nice. Plus, the lack of an SD card reader isn’t ideal, especially since this is designed for content creation.

Based on the specs and our initial time with it, the ZenBook Pro Duo OLED is one helluva laptop as it packs great displays, as well as impressive specs. ASUS definitely threw everything but the kitchen sink in this; though it’s no surprise given that this is essentially the brand’s flagship consumer laptop.

But is it worth the price? We’ll find out when ASUS officially launches this laptop in the Philippines on June 10. So watch out for our full review soon!