POWER! Get the Power! 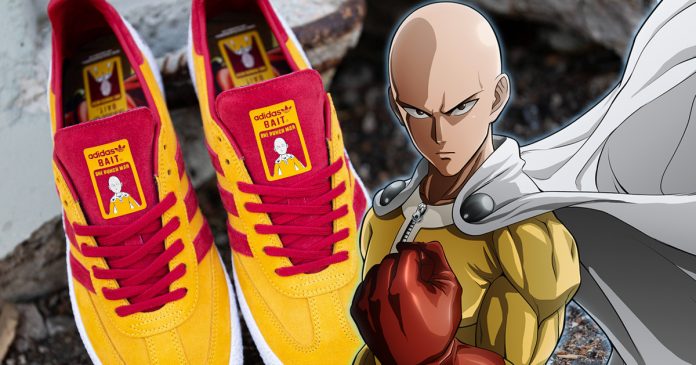 BAIT, the elite hype streetwear and collectible “brick and click” store, partnered with Adidas to release One Punch Man’s Saitama‘s official collab sneaker. Feast your eyes on this: 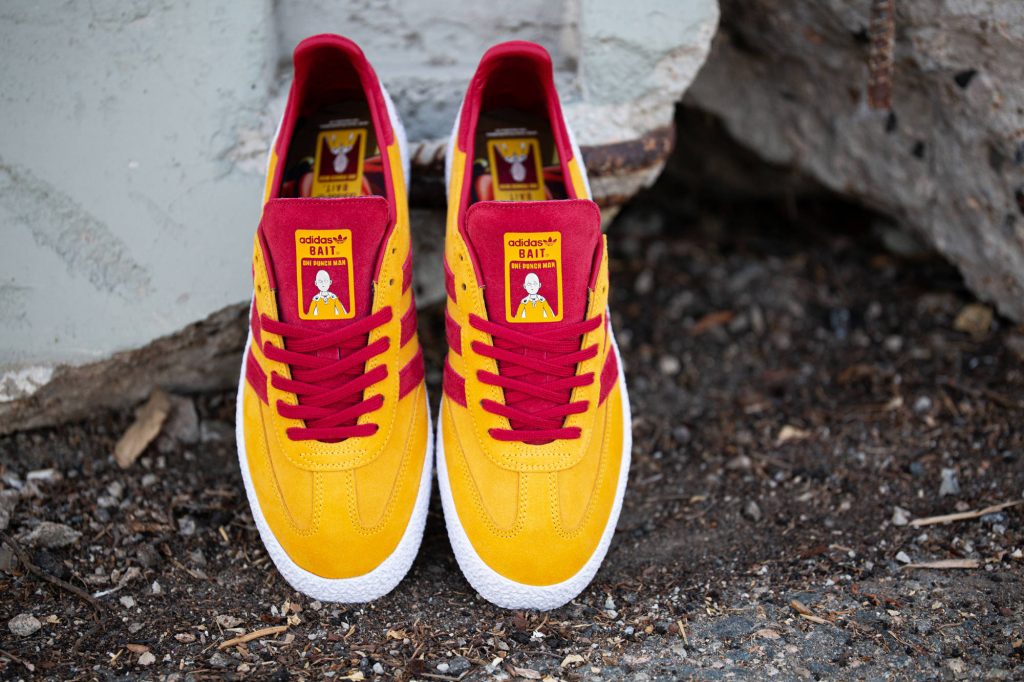 While this isn’t the first time BAIT and the famed Japanese Superhero IP collaborated, this is the first time that an officially licensed sneaker from Adidas will be created. The silhouette that will house this powerhouse combo is the newly revived Montreal 76, a sneaker that was once crafted in celebration of the Montreal Olympics back in 1976.

The silhouette was once intended as a post-game footwear for the German Football Team back in Montreal Olympics 1976 but it has been revived back in 2011 with current sensibilities in terms of construction, fit and fashion.

We’re not entirely sure why they chose the Adidas Orignals Montreal 76, but the implementation of the design is simply gorgeous with Saitama’s signature Yellow, Red and White color scattered tastefully throughout the entire footwear. 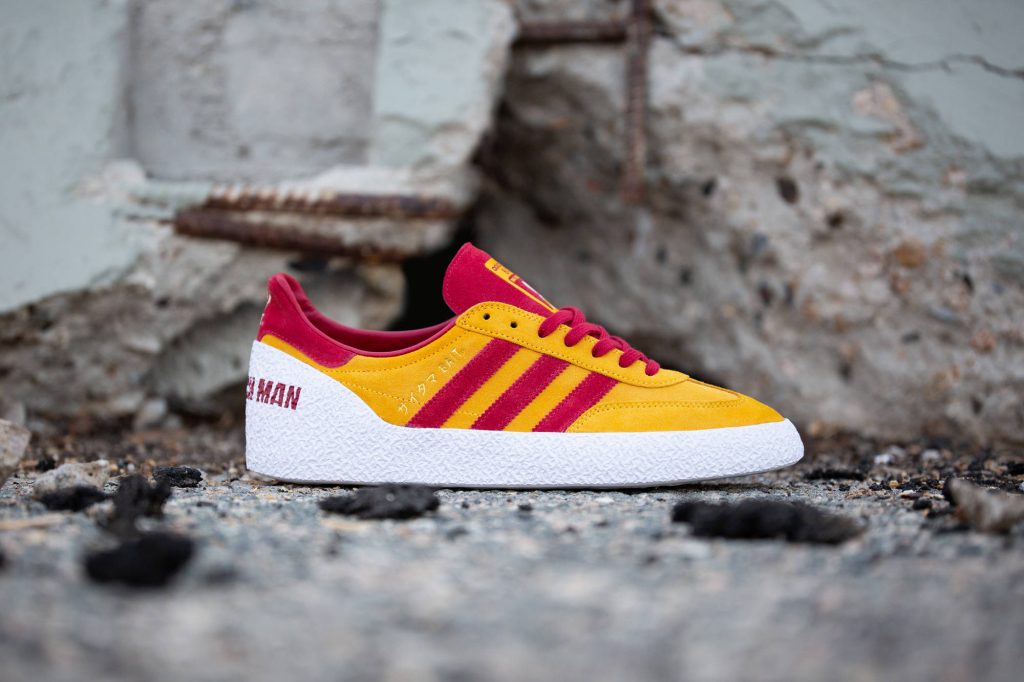 For starters, the entire upper seems to be rendered in this plush deep yellow suede with Saitama’s Signature Red gloves and boots represented on the three stripes rendition, heel section and the suede tongue portion. There’s also that quirky graphic of Saitama, Adidas, Bait and One Punch Man name stamped on the tongue. 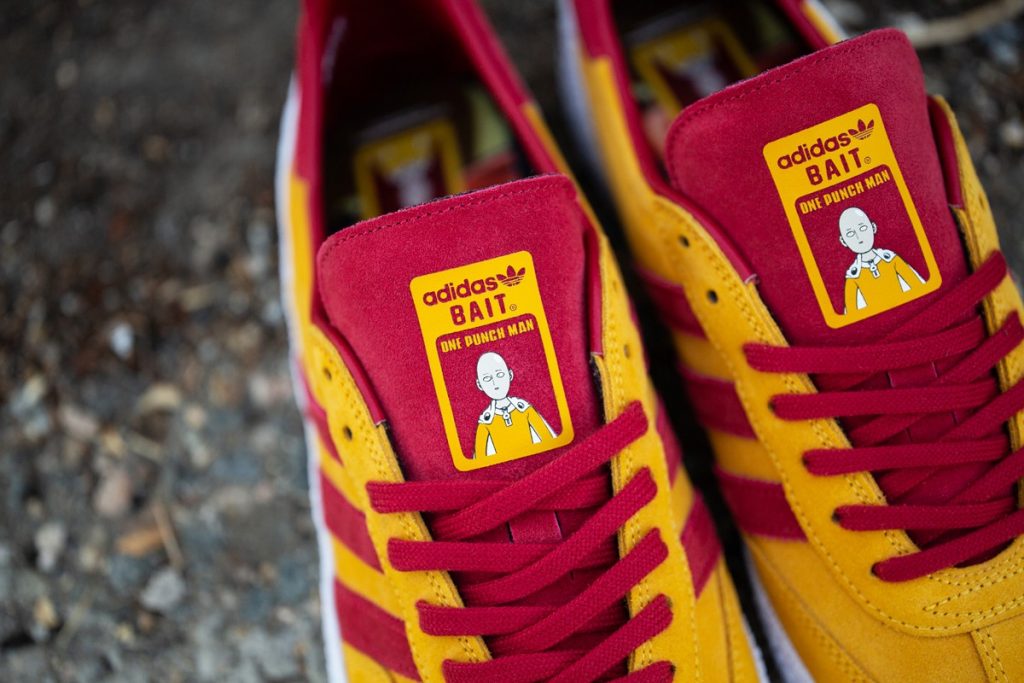 Just to round everything off, the single-toned midsole that seems to jot up towards the heel portion (a signature of the Montreal 76) is rendered in pure white. Towards the back section of the midsole, the name One Punch Man is inscribed. 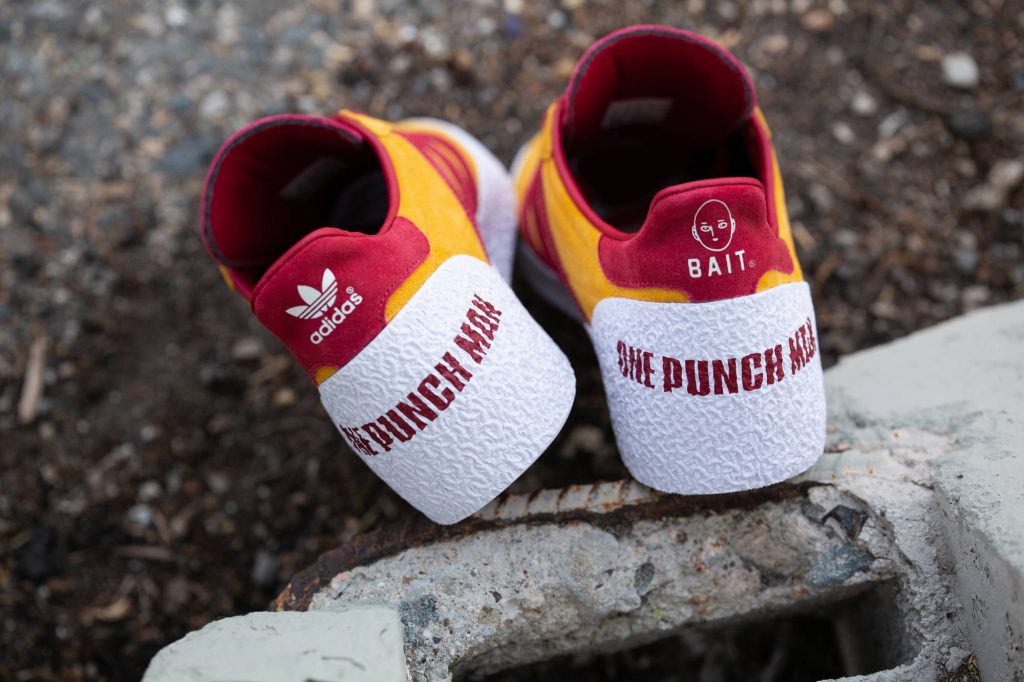 Currently there are no words if we’ll even see this sold locally but if you want the chance to get your hands on this, you can try your luck at BAIT’s official website for a chance to purchase one. The sneaker drop on June 30 and retails for $120 and there are a couple of apparels that will be released in conjunction to the sneaker. Check them out below: