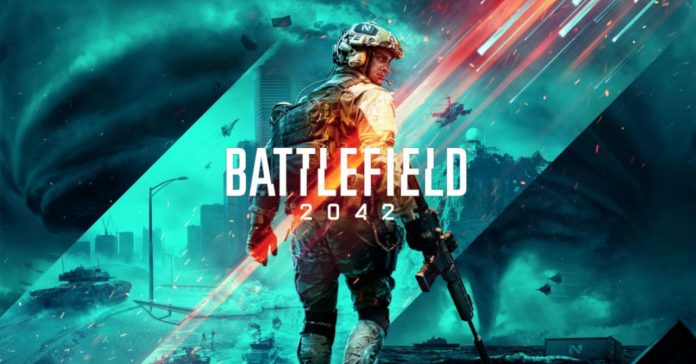 Following the teaser which released last week, EA has now released the official reveal trailer for Battlefield 2042, the next installment in DICE’s long-running Battlefield series. Unlike the Battlefield V reveal, the 2042 trailer did not focus on a story; instead, the trailer gave us a sneak peek at the game’s various battlefields, as well as some crazy action set-pieces.

Check out the reveal trailer here:

As the title implies, 2042 is set in the near future, and it has fairly grounded armies and vehicles, but with some futuristic elements. The game’s various battlefields will also have environmental hazards such as tornadoes on top of the series’ signature destructible environments. The game will also have 128-player multiplayer matches on PC, PS5, and Xbox Series X|S (PS4 and Xbox One will be limited to 64-player matches).

“Battlefield 2042 is a first-person shooter that marks the return to the iconic all-out warfare of the franchise. Adapt and overcome in a near-future world transformed by disorder. Squad up and bring a cutting-edge arsenal into dynamically-changing battlegrounds supporting 128 players, unprecedented scale, and epic destruction.”