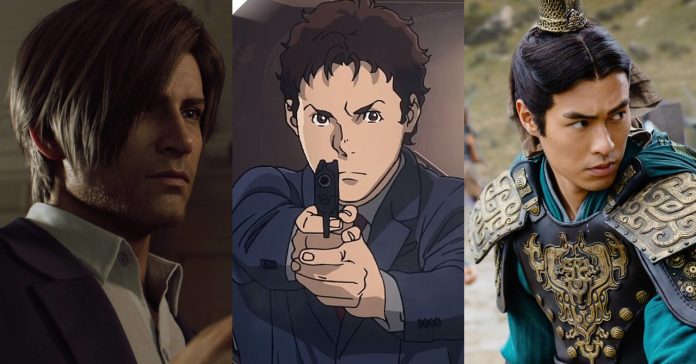 After a strong June 2021 lineup, Netflix has even more movies and shows that are sure to give viewers lots of new content to binge. From Mobile Suit Gundam Hathaway to Resident Evil: Infinite Darkness, here are the new movies and shows coming to Netflix Philippines this July 2021!

Also releasing in July 1 is Mobile Suit Gundam Hathaway, the long-awaited new Gundam anime movie. This film is based on the Hathaway’s Flash novel series, and it is also a treat for Pinoy Gundam fans. This is because the movie is set partly in the Philippines, specifically in Davao.

Aside from Dynasty Warriors, the long-running Resident Evil series is also getting some love this month with the release of Resident Evil: Infinite Darkness on July 8. Set in between the events of Resident Evil 4 and 5, this upcoming mini-series stars Leon S. Kennedy and Claire Redfield as they must face off once again against fearsome new bioweapons.

Now for something a bit different. Words Bubble Up Like Soda Pop is an upcoming anime by studios Signal.MD (FLCL Progressive) and Sublimation (Dragon’s Dogma) that features a striking and colorful art style, as well as a heartwarming premise. This anime is described as:

“After meeting one bright, sunny day, a shy boy who expresses himself through haiku and a bubbly but self-conscious girl share a brief, magical summer.”

Kingdom: Ashin of the North – July 23

While we have to wait a big longer for Kingdom season 3, Netflix is giving us Kingdom: Ashin of the North, a special episode that follows Ashin (Gianna Jun), the new character introduced at the end of Kingdom season 2. The episode will reveal to viewers the origin of the resurrection plant.

These five movies/shows aren’t the only ones lined up for July 2021 as Netflix has even more in store for the month. Check out the rest of Netflix’s July lineup here: