Intergrade is the best way to play FF7 Remake! 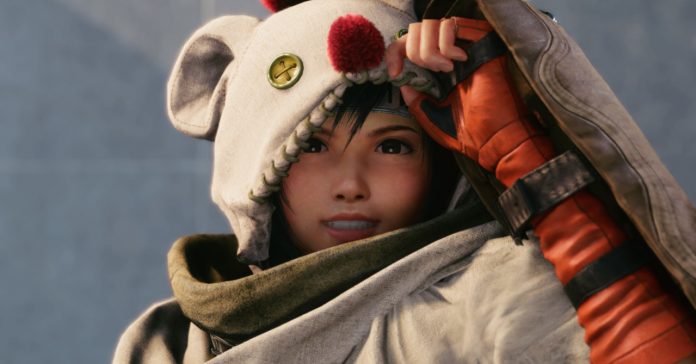 Final Fantasy 7 Remake is one of the best games from last year, and now, Square Enix has released the game again, this time as FF7 Remake Intergrade. Announced earlier this year, Intergrade is an updated version of the remake made specifically for the PS5. This means the game features graphical improvements, including a Performance mode option that lets the game run at 60FPS. Intergrade also comes with Episode InterMISSION, a new content pack that’s two chapters long and stars Yuffie Kisaragi.

Intergrade can be a bit confusing though. For one, owners of FF7 Remake on PS4 can get a free upgrade to the PS5 version, but without the InterMISSION content. For these players, InterMISSION is available as a DLC purchase. What complicates this is the fact that players who got the PS Plus free version of FF7 Remake will not get a PS5 upgrade; instead, they must buy the Intergrade package for the PS5. 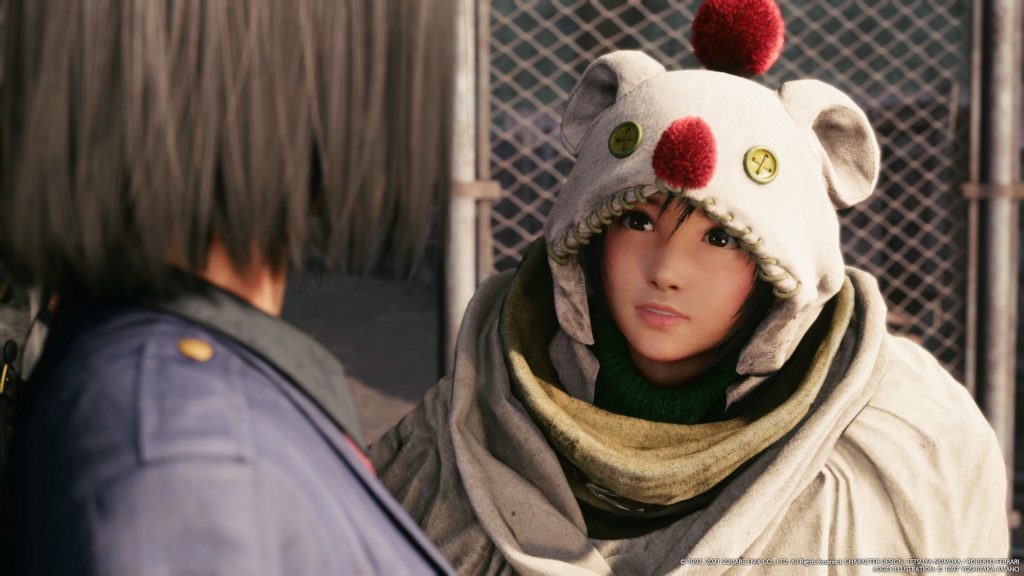 While getting the full Intergrade package can be a bit confusing for existing FF7 Remake owners, there is one thing that we have no doubt about, and that is the game’s quality. Intergrade is no doubt the best way to experience (or re-experience) Final Fantasy 7 Remake.

The original FF7 Remake release ran well on both the PS4 and the PS4 Pro, not to mention that it was a mostly great-looking game. I say mostly because while the character models are of excellent quality, some textures looked plain bad. Thankfully, that is not the case with Intergrade as the PS5 version fixes this issue.

Take for example the flowers above. In the original, it seemed that the textures did not load properly. But in Intergrade, they finally look how they should. And yes, even the infamous door from in the Sector 7 slums has been fixed.

Aside from texture fixes, Intergrade also introduces big graphical enhancements, including a major resolution bump (up to 4K in the Graphics mode), as well as various improvements to lighting and other visual effects. Just look at the enhanced detail and better lighting effects at Wall Market above. 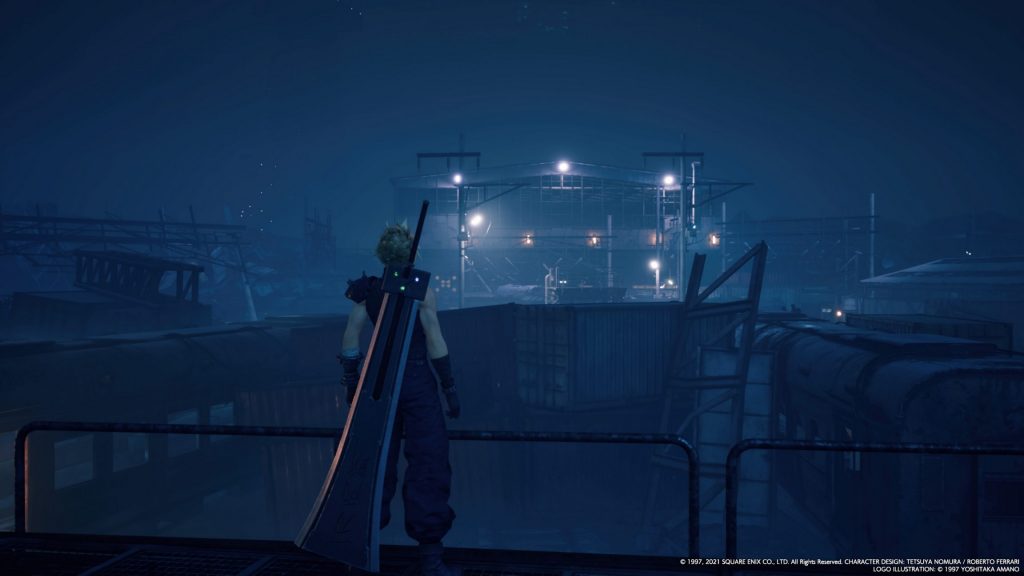 One thing to note though is that there’s noticeably more fog in certain areas of the game. This might not be to every player’s liking, but it should be far from a deal-breaker. 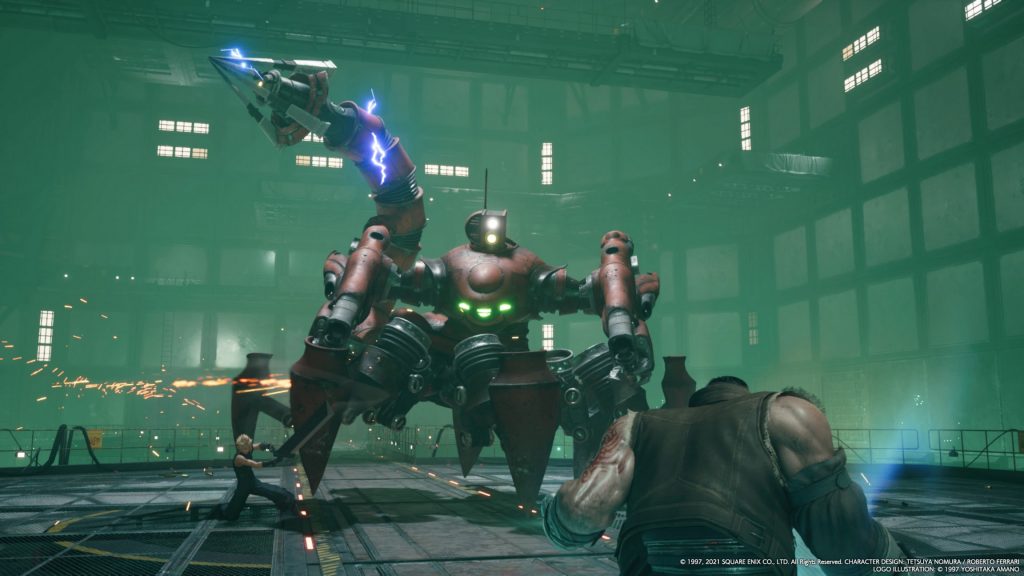 Performance-wise, Intergrade is a dream to play. During our time replaying through various chapters in the game, Intergrade ran smoothly, with no noticeable framerate drops to speak of. There’s also the fact that the 60FPS performance mode is an excellent addition, as it makes the game’s fast-paced battles look and feel more fluid. On top of these, Intergrade also has near-instant loading times thanks to the PS5’s SSD. What it lacks a bit though is DualSense feature implementation. While there is improved haptic feedback and adaptive trigger use, Intergrade doesn’t take advantage of it in the same way as games like Returnal or Rift Apart.

As for which graphics mode to use, my pick is no doubt Performance mode as 60FPS gameplay is a priority for me. It’s also great that there is practically no discernible loss in quality between the two modes when playing on a 1080p display. But if you are playing on a 4K display and don’t mind 30FPS, Graphics mode will definitely look sharper. 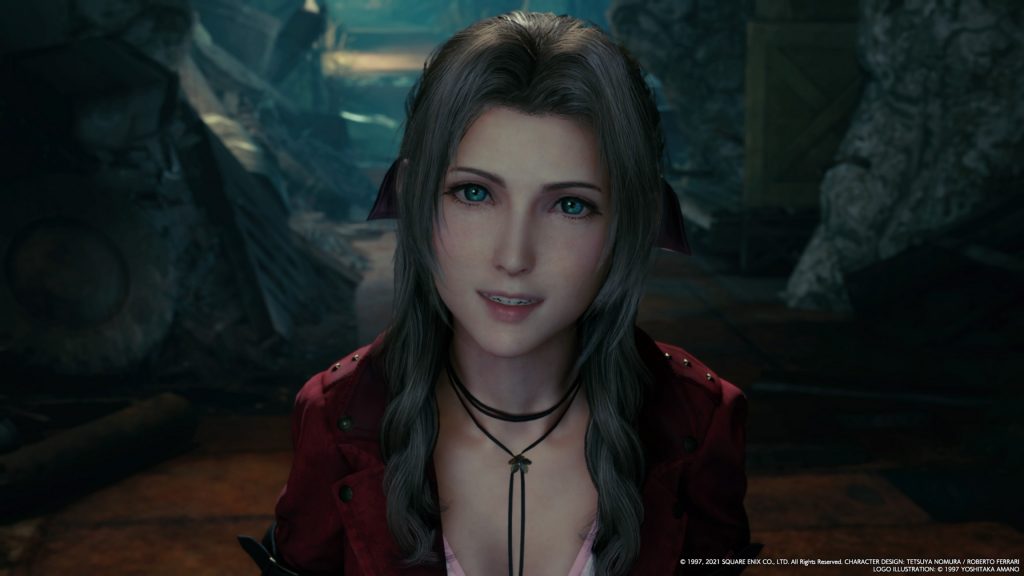 If there’s one thing to criticize about Intergrade, it’s the save transfer system. If you own the original and want to transfer your save, you’ll have to boot up the PS4 version of the game, and then upload your chosen save file from there. Then, you should open the PS5 version and download the save. While it seems simple at first, you’ll need the PS4 version of the game, either on your PS4 or on the PS5. So if, for example, you already sold or don’t have your PS4 on hand, it’s a hassle to have to download two different versions of the game on your console.

INTERmission is a fun addition

Taking place alongside Chapter 8 to 12 in the main game, InterMISSION lets players control Yuffie Kisaragi, an optional party member from the original FF7. In InterMISSION, Yuffie must infiltrate Shinra to obtain a powerful new materia for Wutai. Helping her out in her mission is Sonon Kusakabe, a ninja who trained under Yuffie’s father, Godo Kisaragi. 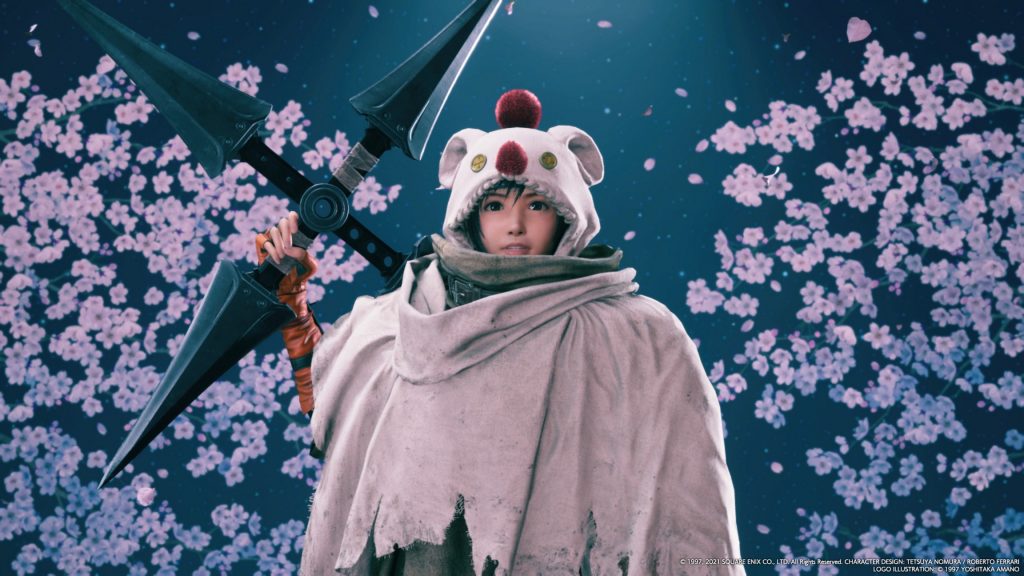 Story-wise, InterMISSION is entertaining, but it doesn’t really add much to the overall story of the main game. What it does add is some awesome character-building for Yuffie; after all, we expect her to join Cloud’s party in the next installment of the Remake.

So yes, Yuffie is the star of the show in InterMISSION, and she’s a lovable and funny character, much like her appearance in the original game. This is thanks to fun dialogue, as well as a great performance from her voice actor, Suzie Yeung.

Aside from Yuffie, the rest of the cast had great performances as well. Though because of InterMISSIONS’s fairly short length (around 3-4 hours if you skip the side content), they aren’t given much time to develop and shine. Still, the characters are no doubt a nice bunch to follow, and they make InterMISSION’s fairly straightforward story an engaging experience throughout. Though do take note, there is a post-credits scene in the game that’s a major highlight, especially for big FF7 fans.

Story aside, I would say that InterMISSION is worth playing for players who loved the combat system of FF7 Remake. This is because Yuffie’s kit puts some unique twists into the FF7R combat formula. 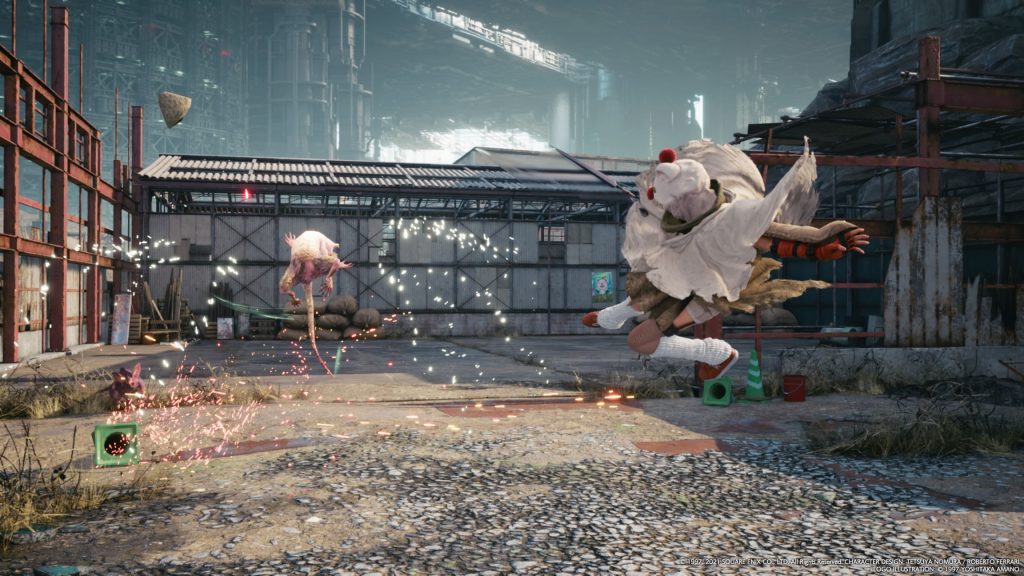 Unlike FF7 Remake’s cast which were only either melee or ranged fighters, Yuffie is both, as she can attack enemies up close, or throw her ninja star and attack enemies with ninjutsu. This makes here a bit of a hybrid, though you’ll have to be careful as her defense is quite low, meaning you must time your attacks properly so she won’t get mauled by stronger enemies.

Aside from her hybrid playstyle, what makes Yuffie unique is her elemental ninjutsu (at least with her default weapon). By pressing triangle, Yuffie throws here ninja star at an enemy, continuously damaging it. While that’s happening, pressing the square button lets Yuffie use ninjutsu to damage a targeted enemy from afar. By default, Yuffie’s ninjutsu deals standard damage, but she has the ability to change her ninjutsu to Fire, Ice, Lightning, or Wind. This enables her to use elemental attacks, even without having elemental materia equipped.

While ninjustu makes Yuffie a great all-rounder, she does need protection given her fairly low defense. Good thing Sonon is with her for most of the game! 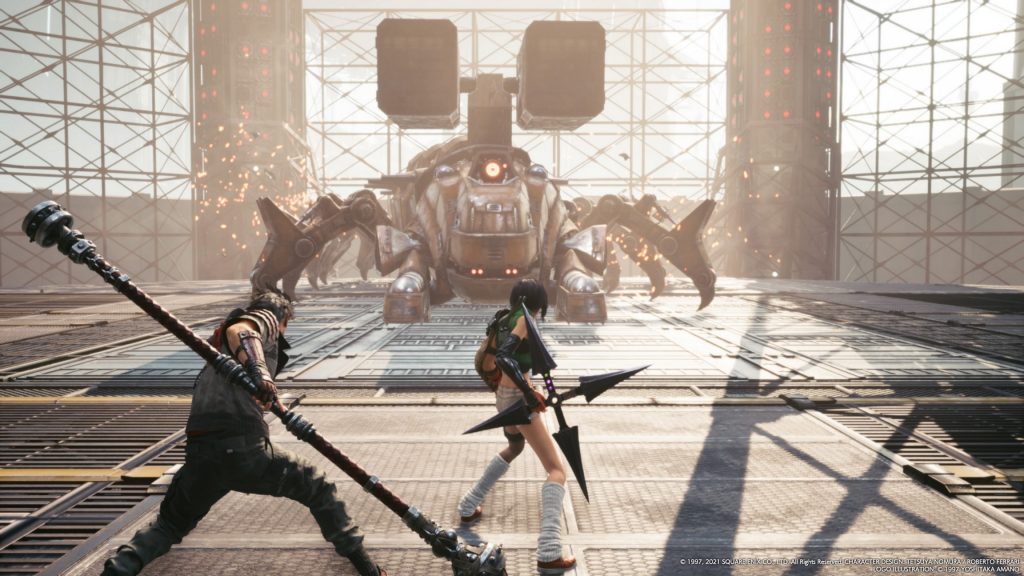 Sonon acts almost exactly like party members in FF7 Remake, but with the exception that he can’t be controlled directly. Though players can still command him to use various abilities, as well as change his equipment and materia. The job of Sonon, then, is to act as the tank (thanks to his Provoke materia) while Yuffie pelts enemies with ninjutsu.

To add an extra layer of complexity, Yuffie and Sonon can synchronize their attacks by tapping the L2 button. Once in sync, Sonon will mirror Yuffie’s attacks, and this also unlocks Yuffie’s synchronized attacks which deal more damage. The problem with this is when Sonon and Yuffie sync up, Sonon’s ATB gain slows to a crawl.

Getting the timing right to pull off synchronized moves is important in InterMISSION, especially against the tougher bosses. And aside from these, there are more new mechanics introduced in the new episode that altogether offer a unique take on the FF7 Remake combat system. While it may take a bit of getting used to at first, Yuffie’s gameplay is a lot of fun, especially for players who loved FF7 Remake’s combat system. 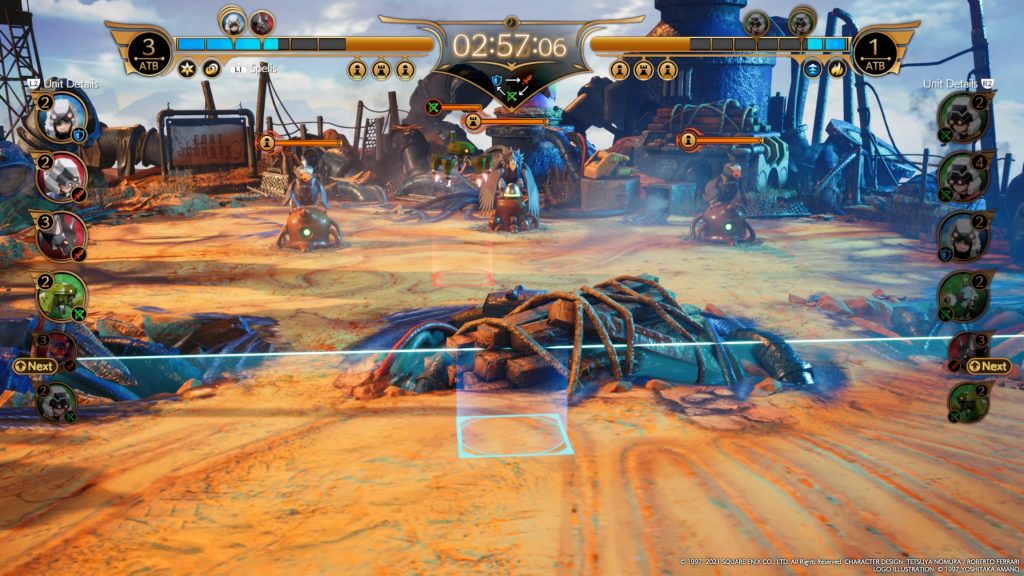 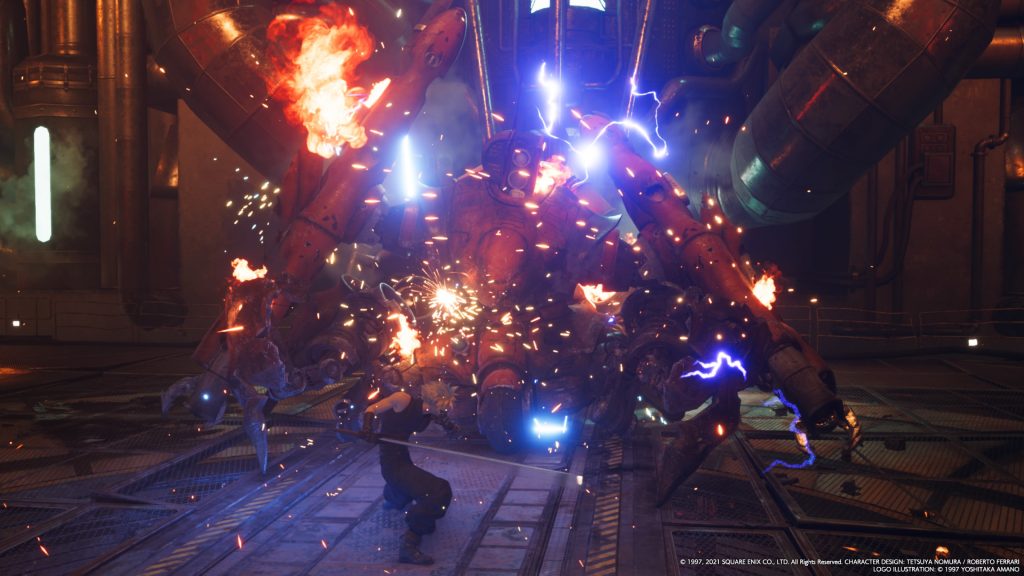 For PS5 owners who have not yet played Final Fantasy 7 Remake, Intergrade is a must-play, especially as it is easily the best way to play the game. On top of the game’s various graphical and performance enhancements, the core game itself is excellent (as we’ve noted in our previous review). The addition of Yuffie’s Intermission is also a great addition to the overall Intergrade package.

As for existing owners of the game’s PS4 version, it is a bit of a hassle to transfer save files. In spite of this, the free PS5 upgrade is still very much appreciated as it offers a great excuse to replay the game.

While our score for the Intergrade release is a 9/10, we’re giving Episode InterMISSION by itself an 8/10 (for those who are considering buying the DLC). While InterMISSION isn’t an integral part of the overall Remake story, it’s still a treat to play for fans of FF7, especially because of Yuffie. Throughout the two chapters, Yuffie steals the show thanks to her charm. Plus, here unique playstyle is also a lot of fun to play, even if it’s a bit hard to master at first.

Sure, InterMISSION is not a massive edition, but it is still worth getting for FF7 Remake fans who want something to tide them over while waiting for Remake Part 2.