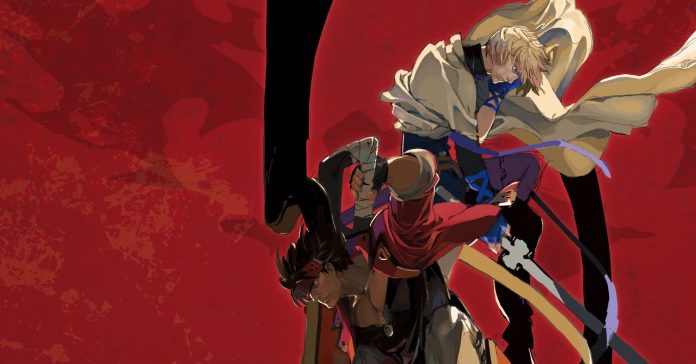 After its initial announcement back in EVO 2019, Guilty Gear is finally back with its latest addition to the beloved series, Guilty Gear Strive. Strive is set to be the final chapter in Sol Badguy’s story, the main protagonist of the series. With its much-awaited release this 2021, Strive is already one of the earliest fighting games to be featured in the Playstation 5 platform. A huge graphic improvement has also been exhibited thanks to Unreal Engine 4, making it more enjoyable to play in such a sublime setting.

Some evident system changes have also been made to make both new users and veterans enjoy the game even more. The game also lets you test it out while waiting for the game to fully download, giving you the option to fight against a CPU opponent and familiarize with its new features.

Arc System Works has outdone themselves with this release, no doubt. Giving out the necessary adjustments for the game, Strive will be another quick fan-favorite for fighting game players in no time at all. 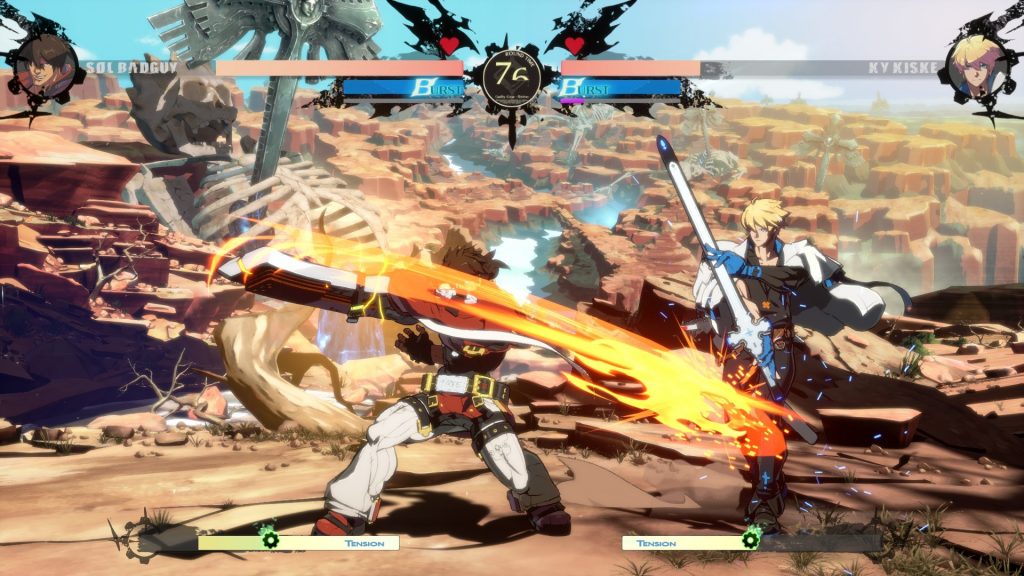 The previous Guilty Gear game, Xrd Rev 2, ran on Playstation 4 and 4 Pro using Unreal Engine 3. The color and texture of both the characters and the background have always had the classic anime-look and 3D environment feel. With Strive jumping into the usage of Unreal Engine 4, everything got a major update. The stages partnered with new game mechanics became more realistic in 3D, as well as the character’s renditions being redefined by this graphic upgrade.

Needless to say, Strive also continues the tradition of heavy-metal rock influence throughout the game with music highly-inspired by the rock gods themselves. If the player is indeed one big rock fan, playing Strive will be one of the best gaming experiences they will encounter.

Lastly, the much-anticipated Story Mode has finally made its debut in the Guilty Gear franchise with Strive. This gives the player a much deeper understanding of the game lore and how events came to be, albeit much concentrated on the current story. On the other hand, Tutorial Mode and Mission Mode gives the essential knowledge to players to relearn the fundamentals of the game and properly adjusting to the new system. As for the other games modes available, they are:

With multiple game modes partnered with the sublime graphics improvement, Strive is definitely a game to be played and experienced by any Fighting Game aficionado. Running the game on PS4 already delivers great graphics but trying it on the PS5 will even take it to greater graphic heights! The details of each character and stage, the shadowing, and environment elements indeed is another world that evolved from the previous incarnations of Guilty Gear. 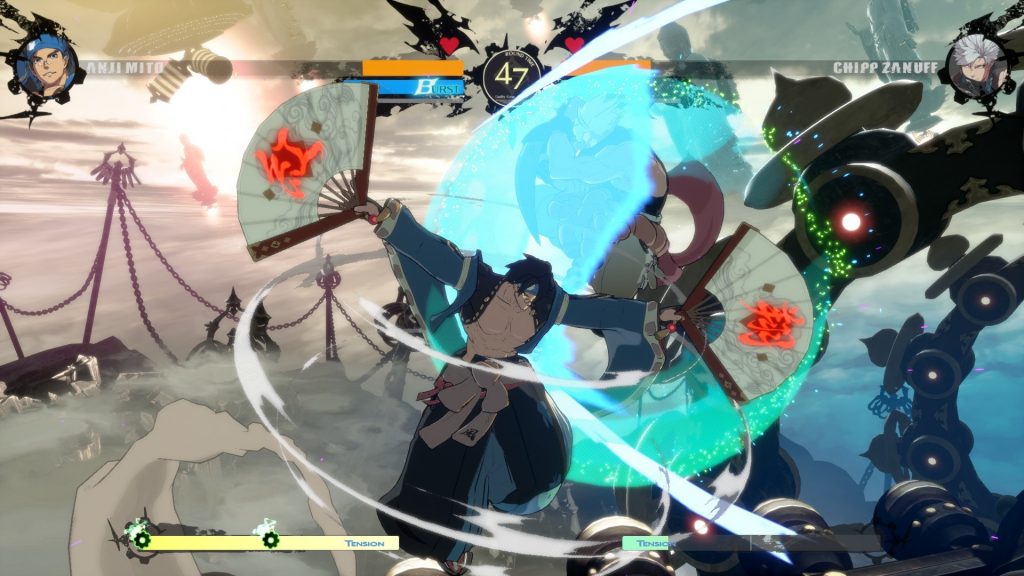 The game still runs on the traditional, tale-as-old-as-time, 5-button layout with a bonus Dash button. Not really sure why there is a Dash button now but a player can simply input double forward to use the move. No changes done to traditional mechanics like Overdrive Attacks and Roman Cancel to name a few. So how will Strive change things?

For our combo-loving veteran players, however, Blitz Shield/Attack and Danger Time mechanics have been removed in this rendition of the game. Combos are now reliant on stronger yet slower attacks compared to the fast-paced, punch-slash cancels which really makes Strive standout from Guilty Gear’s previous incarnations. Sadly, Instant Kill and Deadly Angle Attacks, long-time mainstay mechanics, have also been pulled out from Strive. Some changes have also been applied to status effects, wherein if a player wants to go for a hard knockdown, they have to go for a crouching Dust or a ground throw. Any attack besides those can be easily rolled and recovered from by any character. Stagger also now triggers a gauge above the affected character and can be easily escaped from, provided the player presses the correct buttons.

Along with removing some mechanics, as well as implementing some changes, Strive also introduced a new mechanic called Wall Break, in which a character receiving damage while being cornered to a wall may get stuck on it, with each attack slowly cracking the wall until completely breaking it. From there, the event will trigger a stage transition and temporarily give the player a Positive Bonus. 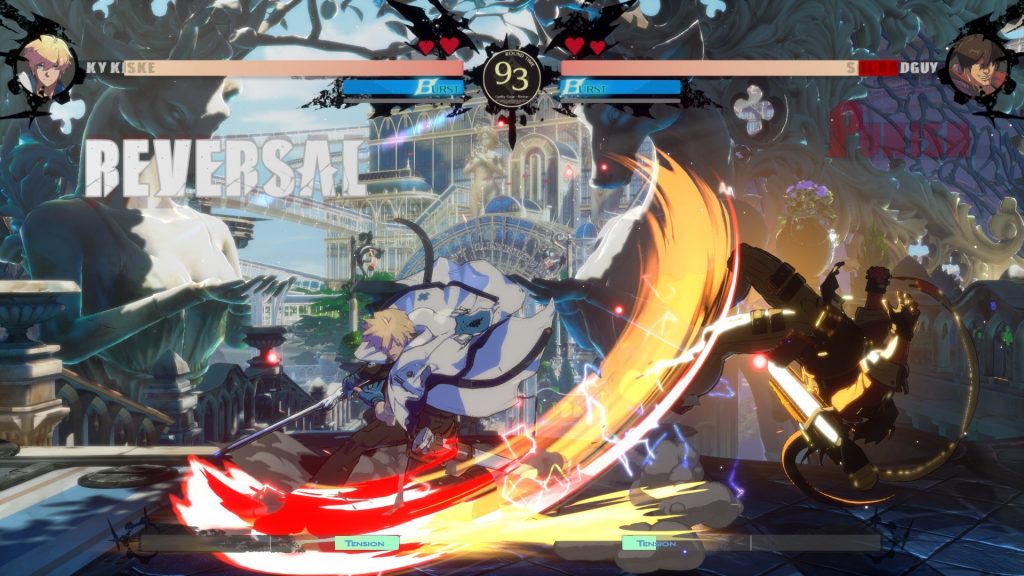 With these changes implemented, it gives new players a fair shot at enjoying the game, together with seasoned Guilty Gear players. As for the veterans, it will give them a fresh restart on how to utilize combos and maximize their gameplay with the changes made.

After 23 years and multiple game releases, Strive marks the end of Sol Badguy’s story arc for the Guilty Gear series. For a Fighting Game aficionado, Strive really puts you into a whole new experience with a very familiar flavor. The mechanics, although simplified, still needs a lot of work for a player to do decent combos. The graphics have been really astounding and such a huge improvement contributed to the X-Factor of this game. A player finishing its Story Mode guarantees a quick stroll down memory lane, flashbacks of the early days, and finally forwarding to the end of such an amazing story.

Of course, there’ still room for improvement in the game, such as movement fluidity and much more. The DLCs have been announced for the game already and pretty soon, patch updates and adjustments might be implemented for the game. Alas, only time could tell what will happen next.

In contrast to other fighting games, Guilty Gear has given justice to its genre with this most recent game, with mastery over the craft of making 2D fighters. Strive is but another step for Ark System Works (Team Red) to pick up the pace and deliver yet another epic game in the future! 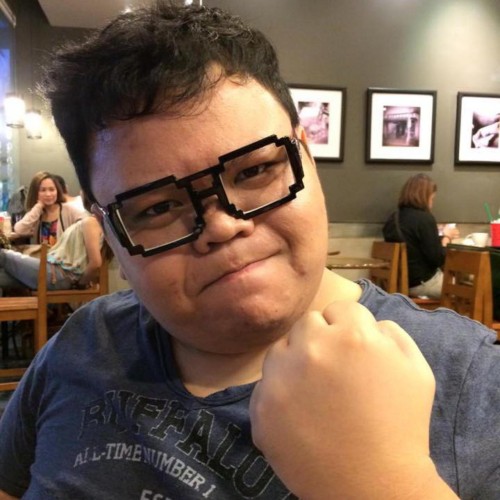 Guilty Gear Strive offers a great experience for fighting game aficionados, and it should satisfy series fans as it ends the story of Sol Badguy's story well. Plus, it is also a game that even new fans can enjoy.Guilty Gear Strive Review | Same Old Gear, New Engine Experience