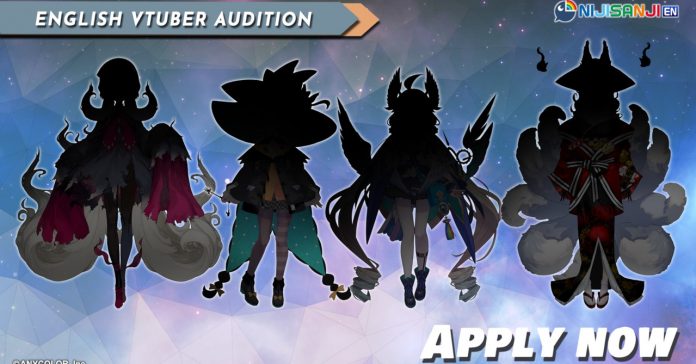 Following the first round of VTuber auditions last December, Nijisanji has just announced that it has opened a new round of English-language Virtual YouTuber auditions. These auditions are open to everyone worldwide that are English speakers.

Meanwhile, those interested in Male Character VTuber auditions can send their application to: https://forms.gle/CKiNd1tBAQSAFSwp8. The deadline for the male character auditions on Aug 1, 2021 at 23:59 JST / 07:59 PDT / 22:59 PHT.

In case you’re unfamiliar, Nijisanji is one of the biggest VTuber agencies in Japan. Currently, the agency has over 100 VTubers from all over the world. These VTubers hail from various countries, including Japan, Indonesia, India, South Korea, and China (known as VirtualReal).