PSVR owners will be happy to know that more games are coming soon! 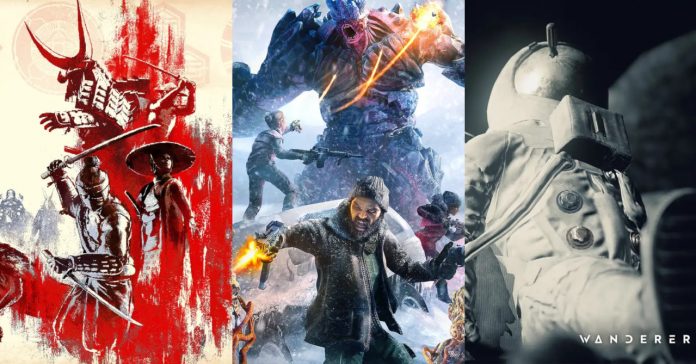 While gamers are no doubt anticipating the full reveal of Sony’s next-gen virtual reality system, PlayStation has announced and given updates on upcoming PSVR games, proving that the current PlayStation VR is still very much supported.

The highlighted PSVR games are a mix of new and previously announced titles, and each has a unique and interesting premise.

First up, we have Wanderer, an action-adventure game with time-traveling shenanigans. The game is being developed by the Wanderer team, composed of New Zealand-based indie game studios, M Theory and Oddboy.

Next up is Fracked, a previously announced VR title, and it finally got a full gameplay reveal, showing off the game’s fast-paced action adventure gameplay.

Another game that got a closer look is After The Fall, a 4-player co-op action FPS that’s set in a 1980’s inspired post-apocalyptic Los Angeles.

For something a bit less action-heavy, we have Winds & Leaves, an upcoming VR game where you must terraform the world to stop the upcoming Cataclysm. The game will release on PSVR on July 27, 2021.

Another upcoming VR game is Puzzle Bobble 3D: Vacation Odyssey, a 3D puzzle game that promises a “multi-dimensional take on the classic bubble-popper.” Aside from PSVR, the game will also release on PS4 and PS5 later this year.

Finally, we have Arashi: Castles of Sin. This is a VR action game that puts players in the role of Kenshiro, an elite shinobi. In the game, Kenshiro must exact revenge on the bandits who have captured various castles across Feudal Japan.

In other PlayStation-related news, God of War Ragnarok has been delayed to 2022, and it has been confirmed to release on PS4.