Which Graphics mode should you pick? 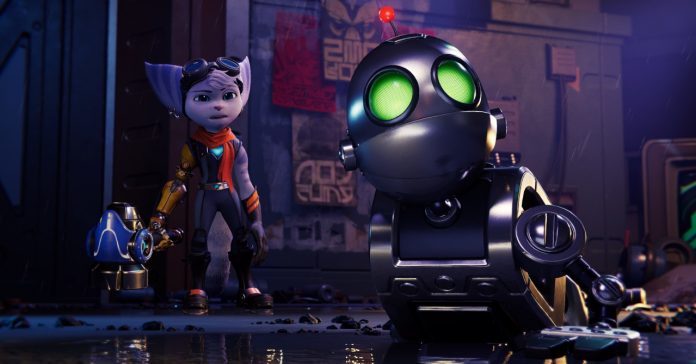 When Ratchet & Clank: Rift Apart releases on June 11, players will be able to download a day 1 patch that will add two performance modes to the game. With the update, players will have three graphics modes to choose from: Fidelity, Performance, and Performance RT.

All three modes have their pros and cons. So, if you’re wondering which graphics mode to pick when you play the game, here’s a quick comparison to help you decide!

Now, let’s see how each of the modes look:

First, we have Fidelity mode. The most obvious thing that you’ll notice in Fidelity mode is that it has ray traced reflections – meaning pretty much all objects and structures in the game are reflected in reflective surfaces. Of course, the trade off with Fidelity is that it only runs at 30FPS. 30 frames per second is not bad per se (especially as there are no framerate dips in Rift Apart), but it does feel sluggish when compared to 60.

For comparison, Performance is able to run at a much smoother 60 FPS with little to no noticeable framerate drops. On the flip side, it lacks ray traced reflections which is quite noticeable in select areas, especially as only a few objects are reflected in shiny surfaces.

Now, Performance RT mode in Rift Apart seems like the best of both worlds as it has both 60FPS and ray traced reflections. Though it does run at a lower resolution which can be noticed when played on a 4K TV; though for me, I didn’t see a big dip in quality while playing. If you play on a Full HD display though, there’s practically no difference in quality from the other modes in my opinion, so Performance RT is highly recommended, especially if your TV/monitor has a 1080p resolution.

Here’s another comparison. Notice that the purple dimensional rift is not reflected on the water in Performance Mode.

Here, you can also see through the glass window on Fidelity and Performance RT modes, but not in Performance mode.

Finally, look at the water puddle on the right. Fidelity and Performance RT shows an accurate reflection of Ms. Zurkon. Meanwhile, reflections in Performance Mode are not accurate.

While Fidelity Mode may only run at 30FPS, it does have a noticeable advantage over the other two settings when it comes to scene density.

As you can see above, Fidelity mode features lots of ships in Nefarious City.

For comparison, there are noticeably fewer ships in the city when playing on Performance mode.

Performance RT mode in Rift Apart is also the same in that there are fewer ships in the cityscape.

Another example of more scene density is during the opening level. In Fidelity mode, the bleachers are filled with aliens. Though in Performance and Performance RT, there aren’t as many people there.

Which Graphics Mode Should You Pick? 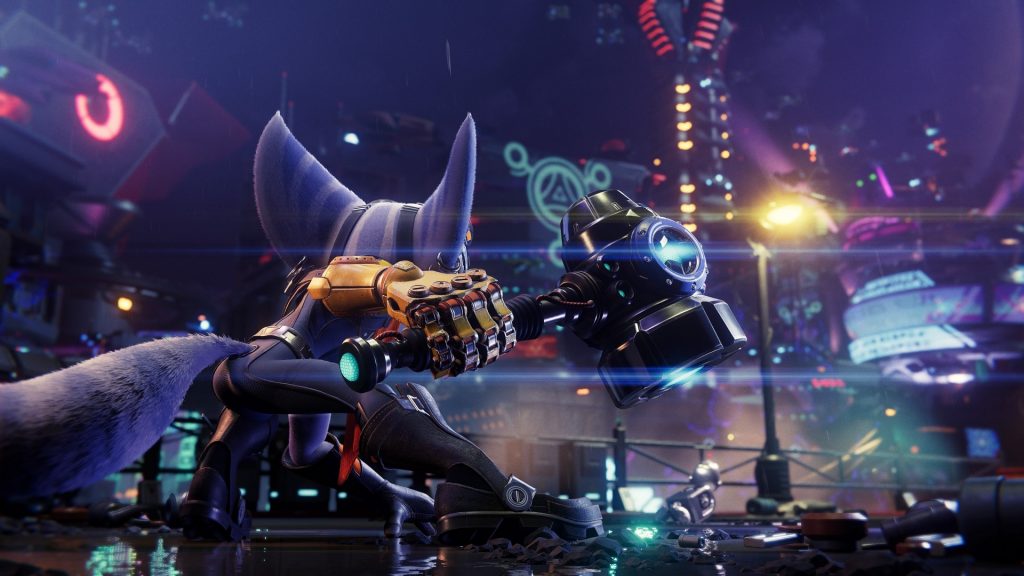 So, which Graphics mode should you pick? Personally, I prefer playing Rift Apart on Performance RT, especially when playing on a 1080p display. After all, having the 60FPS is a must for me, plus the ray tracing options is a nice touch, all while having no noticeable dip in quality.

But if you are playing on a 4K TV, you might be better off with either Performance or Fidelity mode, depending on if you prioritize framerate or graphics. At the end of the day though, Ratchet & Clank: Rift Apart is a great-looking game that runs well, no matter which Graphics mode you choose!