Ratchet & Clank: Rift Apart – How to easily get all collectibles with the Map-O-Matic

Make sure you don't miss this! 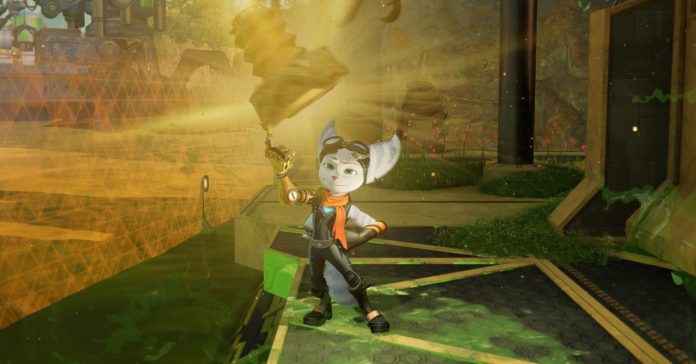 If you want to collect all the collectibles in Ratchet & Clank: Rift Apart, getting the Map-O-Matic gadget is a must. Longtime Ratchet & Clank series fans are probably already familiar with this gadget, but if you’re new to the series, having the Map-O-Matic automatically reveals the location of most collectibles. This means you will be able to see Gold Bolds, Raritanium, and other treasures on the map. 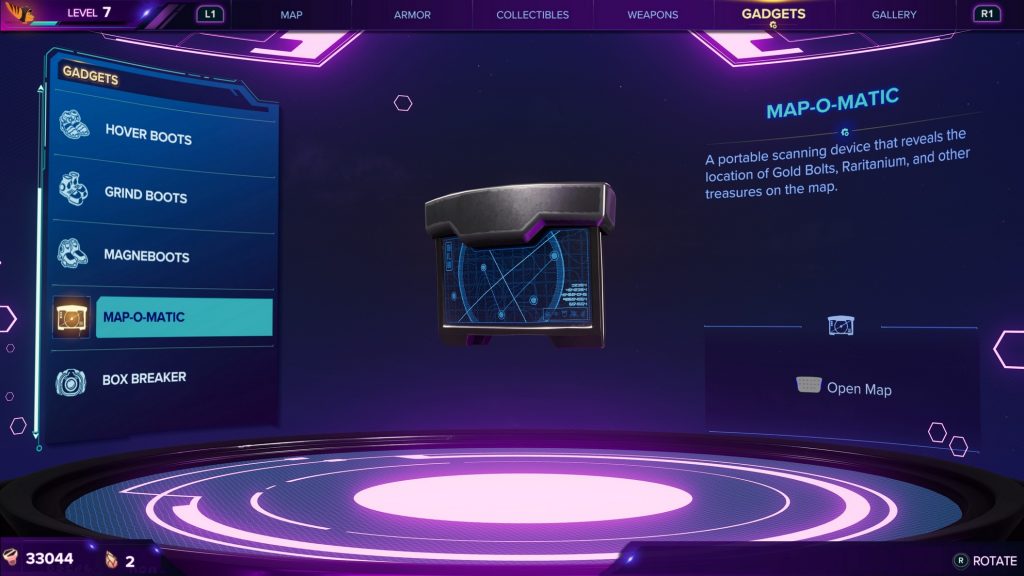 Given that the Map-O-Matic makes getting all collectible in Rift Apart much easier, we recommend that you hold off from trying to look for every Gold Bolt and Raritanium on your own before you get it. After all, you can jump back to previous planets that you have visited so long as you don’t go past the point of no return (which the game explicitly warns you about).

So, where is the Map-O-Matic located? It can be found in the Pirate Base on Ardolis. 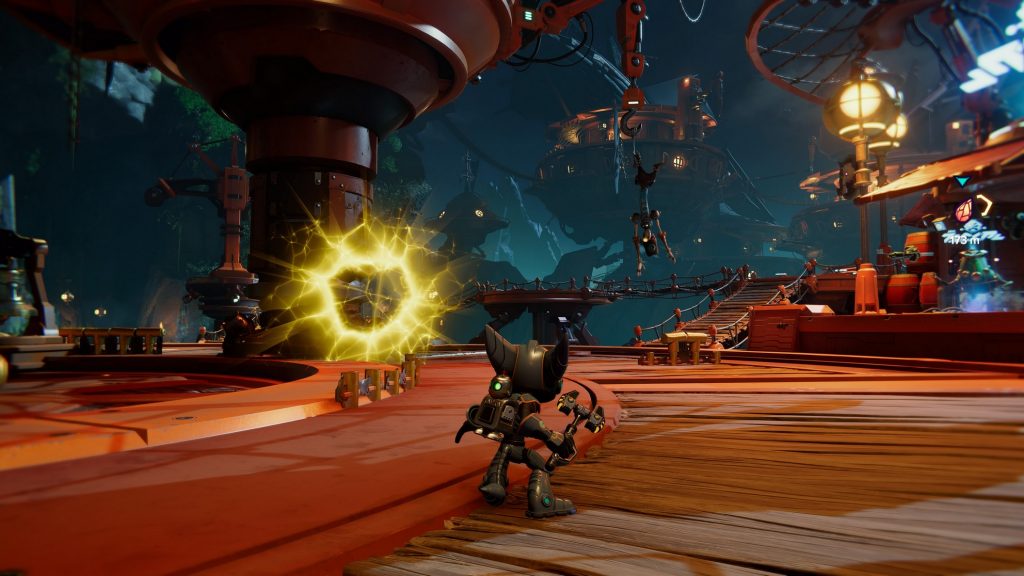 To get the Map-O-Matic in Ardolis, you first have to rescue Pierre. Once he is rescued, you shouldn’t proceed directly to the next story objective. Instead, look for this ship near the central market area: 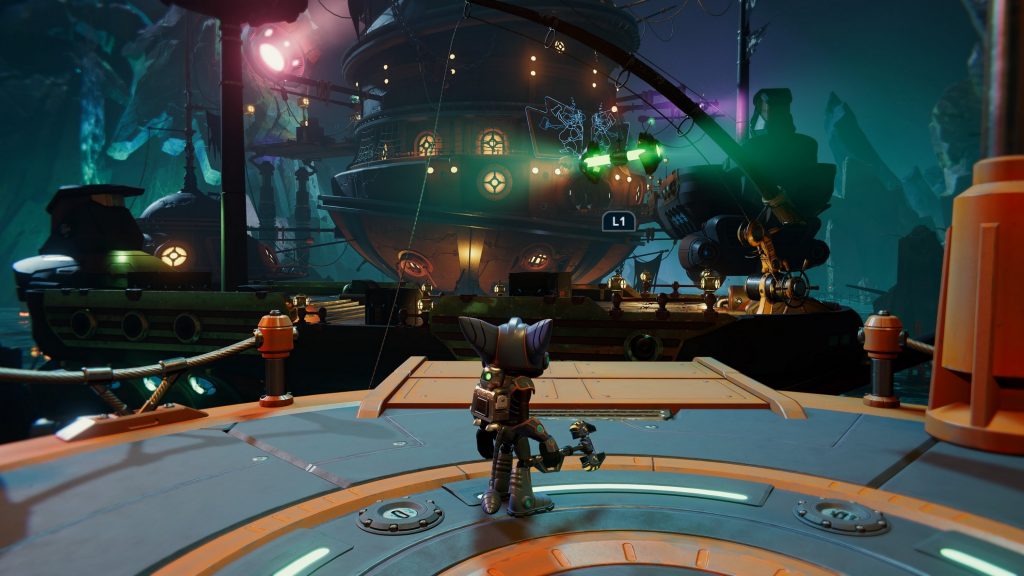 Once you are here, just proceed through this path and defeat all the enemies in your way. Your goal is to reach the top of the other ship near the structure on the center. Don’t worry, the path here is straightforward, so you won’t miss the Map-O-Matic. 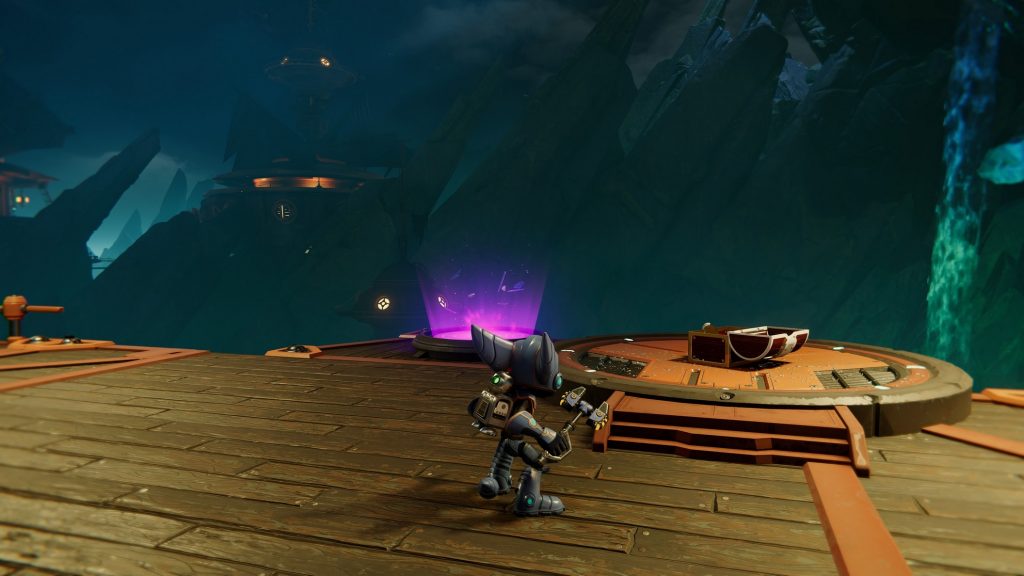 Once you have made your way to the end of the path, you will see a treasure chest. Inside there is the Map-O-Matic.

And there you have it! With the Map-O-Matic, you can easily spot all the Gold Bolds and other treasures that you have missed. With this gadget, feel free to go back to the various planets you’ve visited to collect all the treasures.

While the Map-O-Matic will let you see Gold Bolts and Raritanium, it won’t point out the locations of the CraiggerBears. If you want to find all the CraiggerBears in Rift Apart, check out our guide HERE.