Ratchet & Clank: Rift Apart – The Best Weapons in the Game

Here are the five weapons that can carry you through the game. 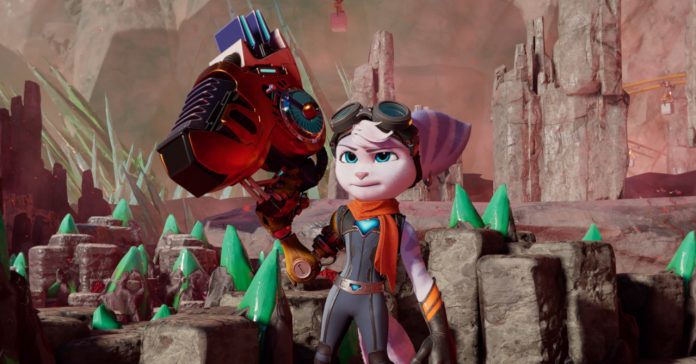 One of the best things about Ratchet & Clank: Rift Apart is the variety of weapons at Ratchet and Rivet’s disposal, though there are five that we consider as the best. Out of the 20 available weapons, these five weapons stand out for how useful they are in nearly all situations, especially if you play the game at higher difficulties.

So, if you’re having a hard time deciding which weapons to upgrade first, here’s a quick rundown of our picks or the best weapons in Ratchet & Clank: Rift Apart!

[NOTE: The names inside the parentheses refer to the fully upgraded form of each weapon]

First up is the Enforcer, a shotgun-like weapon that shoots a powerful blast that can damage enemies directly in front of Ratchet/Rivet. By pressing the right trigger, the Enforcer shoots one blast, but it can also shoot two consecutive blasts (or more when fully upgraded) when the trigger is held down fully.

The Enforcer is a plain and simple weapon, but it is pretty much our go-to weapon, especially as most enemy encounters have lots of mobs trying to swarm Ratchet or Rivet. Because there are tons of enemies that will usually try to get close, having a close-range weapon like the Enforcer is incredibly useful, so much so that we recommend prioritizing this weapon when upgrading.

Next up is the Topiary Sprinkler, a throwable weapon that turns enemies into plants. Enemies that have been “topiaried” will be unable to move and attack, meaning you are free to blast them before they return to normal. This makes the Topiary Sprinkler an invaluable tool for crowd control, especially when there’s a swarm of enemies.

While there are other crowd control weapons in Rift Apart, the Topiary Sprinkler is still the best as it automatically stuns enemies, meaning you don’t have to aim (useful in hectic fights). The Sprinkler’s usefulness even extends to boss fights as it can turn even a massive boss into a plant. On top of this, upgrading the Topiary Sprinkler increases the damage dealt to “topiaried” enemies.

The Lighting Rod is kind of like the Blaster Pistol (which is the starting weapon), but much better. While it may not have the highest damage output, the Lightning Rod can electrify enemies when you fire at them enough times. Electrified mobs can then stun other enemies in the vicinity, giving the Lighting Rod a nice crowd control element.

What makes the Lightning Rod even better is that it locks on automatically, meaning you only have to aim at the general vicinity of enemies to hit them. This is great when you are being swarmed by foes as you can just focus on dodging them.

As you may have noticed, the best weapons so far are ones that have good crowd control, and the Glove of Doom is no different. The Glove of Doom is a throwable weapon that summons a horde of “Agents of Doom” (basically robotic dogs) that latch on to enemies before self-destructing.

While these Agents of Doom don’t exactly stun enemies, they are a big help in thinning out a horde of mobs. Coupled with their fire-and-forget nature, the Glove of Doom is a weapons that you should definitely focus on upgrading for the later stages of the game.

Finally, we have the Warmonger, a powerful rocket launcher. While you can only get this later into the game, upgrading it is highly recommended as it packs a massive punch, especially when fully upgraded into the Peacemaker.

While it can be useful against standard enemies thanks to its splash damage, the Warmonger shines when used against bosses. The Warmonger has one of the highest damage outputs against bosses among the weapons in Rift Apart, making it a must-have when playing the game at higher difficulties.

And there you have it! Those are our picks for the five best weapons in Ratchet & Clank: Rift Apart. While these weapons can carry you through most encounters, there are a lot more weapons to choose from in the game that might suit your playstyle even better. So you should definitely experiment as you might find a weapon that’s better for you.

Want to know how to complete all the weapons in Rift Apart. Check out our weapon completion guide HERE.