Scarlet Nexus is now available on PlayStation, Xbox, and PC

Here's a new action-RPG to check out! 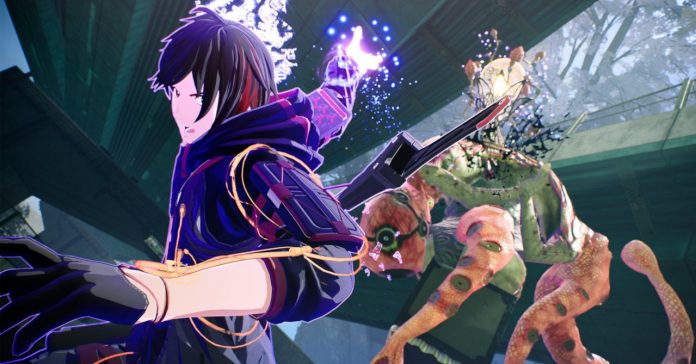 Announced in April of last year, Bandai Namco has finally released Scarlet Nexus in Southeast Asia on PS4, PS5, Xbox One, Xbox Series X|S, and PC. This anime-inspired action-RPG released on consoles yesterday, and today on PC via Steam.

In case you’re unfamiliar, Scarlet Nexus’ premise is described by Bandai Namco as:

“In the far distant future, a psionic hormone was discovered in the human brain, granting people extra-sensory powers and changed the world as we knew it. As humanity entered this new era, deranged mutants known as Others began to descend from the sky with a hunger for human brains. Impervious to conventional weapons, those with acute extra-sensory abilities, known as psychics, were our only chance to fight the onslaught from above and preserve humanity. Since then, psychics have been scouted for their talents and recruited to the Other Suppression Force, humanity’s last line of defense.”

#スカーレットネクサス 発売！
数年間、寝ても覚めても本作の事ばかり考え、使える限りの自分の時間を捧げました。
楽しんで頂けると幸いです。#ScarletNexus Finally released!
I've been thinking about this work a lot and dedicated as much of my time as I could use.
I hope you enjoy it. pic.twitter.com/gPq7brlzBz

To celebrate the game’s launch, artists from Bandai Namco studios created original illustrations which features the game’s cast of characters.

There is also a “Hidden Code Quest” will be held in conjunction with the upcoming Scarlet Nexus anime which will air soon in Southeast Asia. Specifically, a code to fulfill Mimi’s request is hidden in each episode of the Scarlet Nexus anime. By watching the anime, players can find and decipher codes to get passwords (in text form) for the top-secret files Mimi* left behind. By giving these passwords to Musubi in-game, you will get in-game rewards.

Catch the Scarlet Nexus anime series on the following platform across Southeast Asia:

- Advertisement -
Previous article
Legend of Mana remaster available now in Asia on PS4, Switch, and PC
Next article
Windows 11 is official – Here’s what it means for gaming