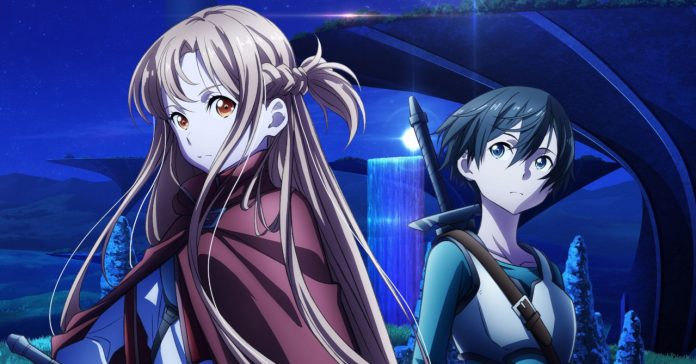 ODEX Philippines has recently announced that the anime movie Sword Art Online Progressive: Aria of a Starless Night is releasing in the Philippines. Specifically, the upcoming Sword Art Online movie will release in PH theaters sometime this year, pending cinema opening and availability.

Given that the country is still under varying levels of quarantine, the Sword Art Online Progressive movie may not get a wide release in the Philippines, at least in Metro Manila. If the Demon Slayer movie’s release is anything to go by, expect this film to release in cinemas outside Metro Manila where quarantine restrictions are lighter.

In case you’re unfamiliar, Sword Art Online Progressive: Aria of a Starless Night is the second film in the SAO series, and it follows the encounter of Kirito and Asuna during hte events on Aincrad’s first floor.

The film’s premise is described as (via IMDb):

“There’s no way to beat this game. The only difference is when and where you die…” One month after Kayaba Akihiko’s game of death began, the death toll continues to rise, two thousand players having already lost their lives to the ultra-difficult VRMMO world of Sword Art Online. On the day of the strategy meeting to plan out the first-floor boss battle, Kirito, a solo player who vows to fight alone to get stronger, runs into a rare, high-level female player. She gracefully dispatches powerful monsters with a single rapier that flashes like a shooting star in the night.”