Great news for fans of the original anime! 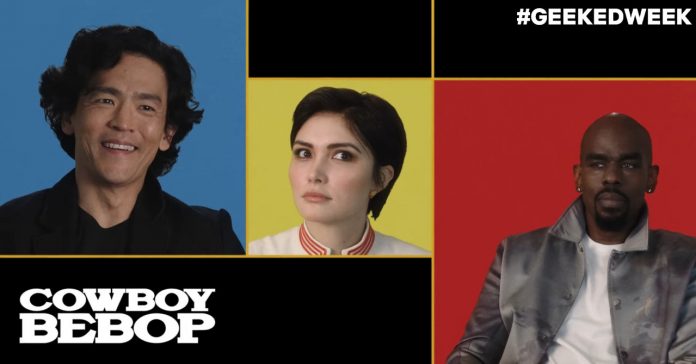 At the Netflix’s Geeked Week, it was revealed that the upcoming Cowboy Bebop live-action series will feature a soundtrack by Yoko Kanno! This is great news for fans of the original, especially as Kanno’s music for the Cowboy Bebop anime is one of the series’ signature elements.

The announcement was made with a quick preview that showed off the series’ main cast. While the three main actors were shown, their appearance isn’t their final look in the series.

Yoko Kanno, the composer behind the iconic soundtrack of the original COWBOY BEBOP anime will be creating the soundtrack for the new Live Action Series. Also confirmed…Cowboy Bebop is coming this Fall. #GeekedWeek pic.twitter.com/6lHZQcoFR6

Netflix’s live action Cowboy Bebop was announced back in 2018. And while making a live action adaptation of such a beloved anime is quite a difficult task, the fact that Yoko Kanno was brought back to create the Cowboy Bebop live action soundtrack gives us hope that this series can live up to the original. Plus, the anime series’ creator Shinichiro Watanabe is also a creative consultant for this upcoming series.

The live action Cowboy Bebop series will release on Netflix sometime this year.

- Advertisement -
Previous articleBattlefield 2042 announced, gameplay reveal happening on June 13
Next articlePS5 gets another wave of pre-orders in the Philippines on June 11