A new KonoSuba anime is in the works!

No word yet on if it will be a series or a new movie though. 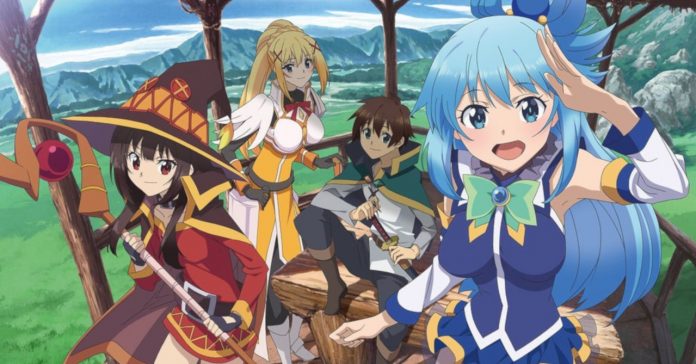 During a recent livestream by Kadokawa, a new KonoSuba anime has been announced. While a new anime project has been confirmed, there weren’t a lot of details revealed; in fact, we don’t know yet if this new anime is a new season, a movie, or another type of anime project.

The livestream event featured voice actors Jun Fukushima (Satou Kazuma) and Rie Takahashi (Megumin). While both Fukushima and Takahashi did not mention much in the way of details regarding the upcoming anime, viewers were treated to the first look at the anime’s key visual featuring Kazuma, Aqua, Megumin, and Darkness.

Not familiar with the series? KonoSuba (full title: KonoSuba God’s Blessing on This Wonderful World!) is a light novel series that follows Satou Kazuma. After an accident that kills him, Kazuma is reincarnated into a fantasy world where he meets Aqua, a goddess that gets forced into accompanying him in his journey. The light novel series was then adapted into an anime series with two seasons, with a movie also being released soon after.

At first glance, KonoSuba may seem like your typical isekai series. But if you haven’t seen it yet, we highly recommend watching it as it is an incredibly funny anime that puts some hilarious twists to the standard isekai formula.