The game's most popular character may not be who you expect! 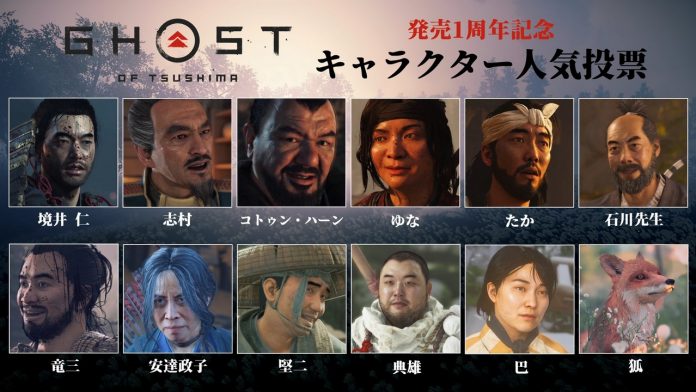 PlayStation Japan’s official Twitter account conducted a character popularity poll for Ghost of Tsushima’s 1st Anniversary with the result being hilarious. As it appears that the game’s protagonist Jin Sakai is not the players’ favorite character in the whole game as he only managed to come second in the poll with 15,368 votes. The first place is taken by no other than the Fox who managed to gather 22,182 votes, topping the other human characters in this popularity poll.

Here is the list of the top 12 characters in Ghost of Tsushima sorted by popularity:

As mentioned above, the popularity poll was held to celebrate Ghost of Tsushima’s 1st anniversary as the game was originally released last July 17, 2020 for the PS4. And one year after its release GOT will also receive an updated version called Ghost of Tsushima Director’s Cut, featuring additional content such as a new location and a brand new story content. The Director’s Cut will become available for both PS4 and PS5 consoles, with PS5-exclusive enhancements the GOT Director’s Cut will become available on August 20, 2021.