Mobile gamers will not be disappointed! 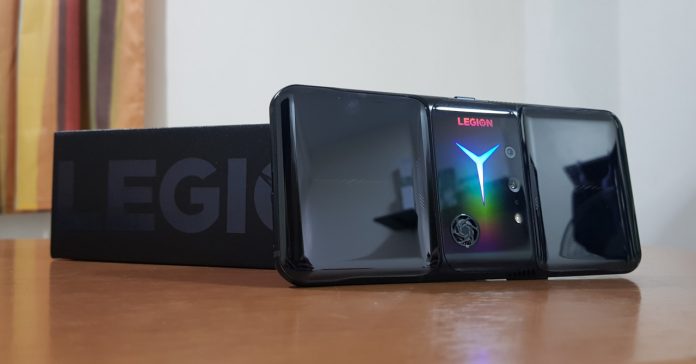 Back in November last year, we reviewed the Legion Phone Duel, Lenovo’s first crack at a flagship gaming smartphone. At the time, we were quite impressed with the phone’s capabilities, so much so that it was an easy recommendation from us for avid mobile gamers. 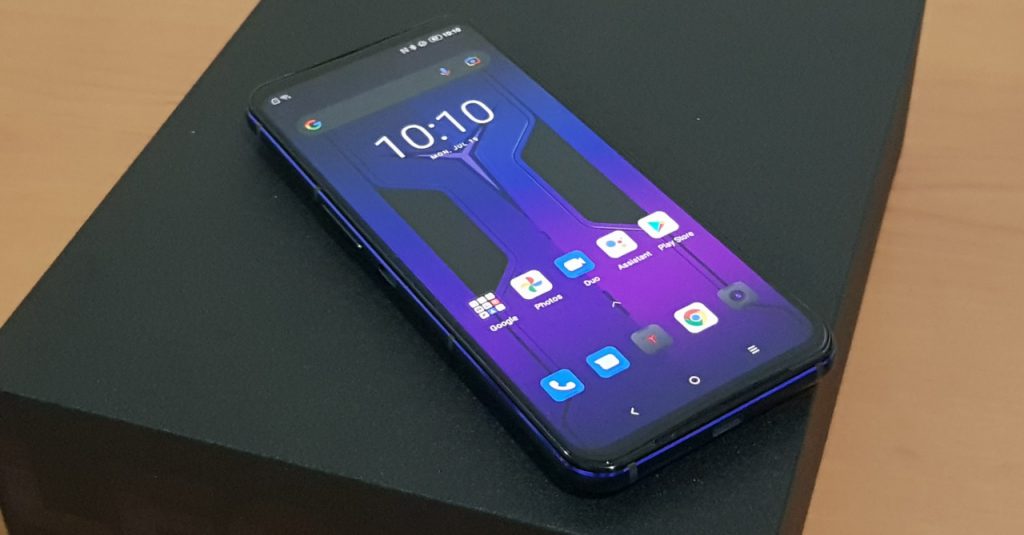 On paper, the Legion Phone Duel 2 is a clear upgrade over last year’s model, but do these enhancements translate in actual use? And is the new Legion gaming phone the new smartphone of choice for the most avid of mobile gamers? Find out here in our review! 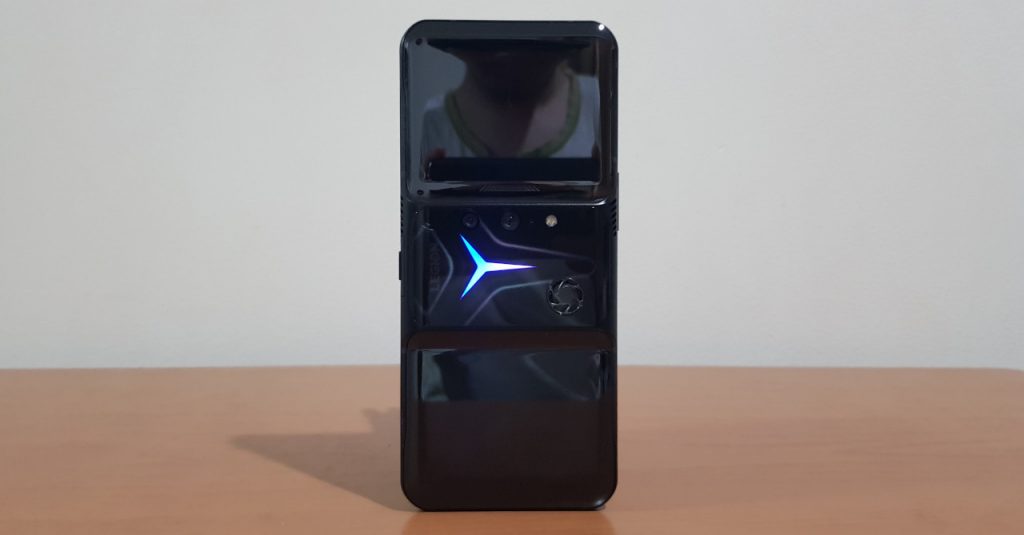 Before we talk about the phone’s gaming performance, let’s first take a look at the Legion Phone Duel 2’s design. While last year’s Legion Phone had a striking red color, the new Legion gaming phone has a sleeker, glossy black color. This might make the Legion Phone Duel 2 seem a bit more low-profile, but make no mistake, this phone will still turn heads thanks in large part to its RGB-backlit logo at the back. There’s also the fact that the phone has a fan on the back (not something you see every day). 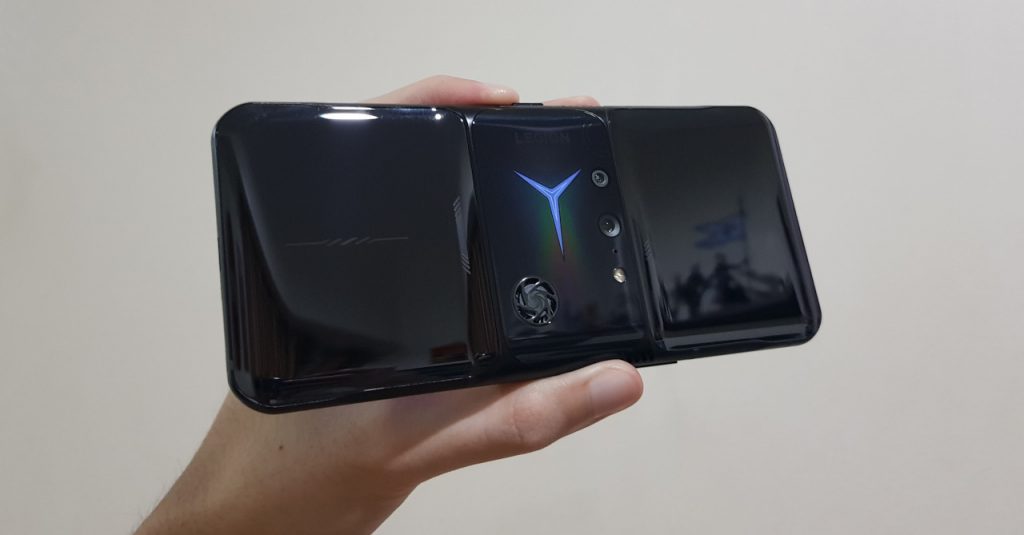 Another noticeable thing about the Legion Phone Duel 2 is that the middle portion (the part with the RGB logo, fan, and dual camera setup) is raised. While this feels comfortable to hold when used horizontally for gaming, it does feel a bit weird when using it vertically. You do get used to it though, at least in my experience. 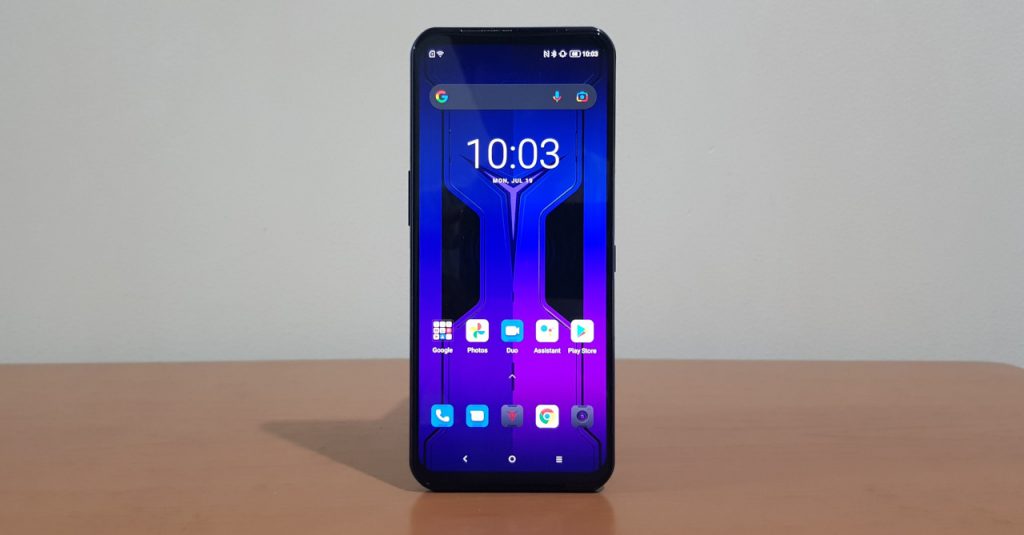 At the front, we have the phone’s massive 6.92-inch display which has slim side bezels. While it’s not as all screen as other flagship phones, I do like the phone’s symmetrical look. In fact, I prefer this look over other phones which have notches for the front camera.

Looking at the phone from the front, it seems like there’s no front camera. That’s because the selfie shooter is on a motorized pop-up unit located at the right side. 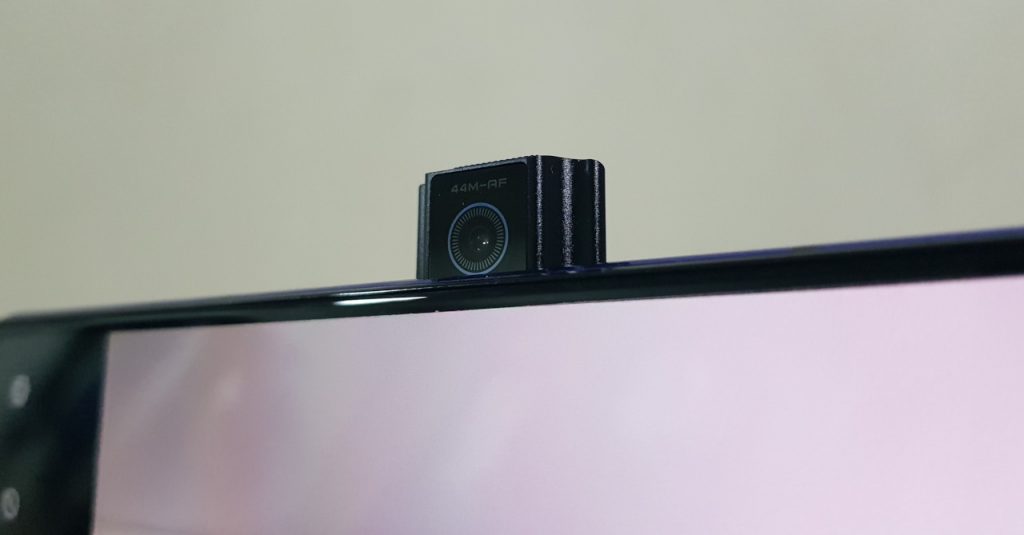 The selfie camera placement is unusual for sure, but it’s in there for a good reason – this camera placement allows a user to stream their gameplay as well as their face. This makes the Legion Phone Duel 2 a phone that should pique the interest of mobile game streamers. As for the camera’s quality, we’ll get to that below. 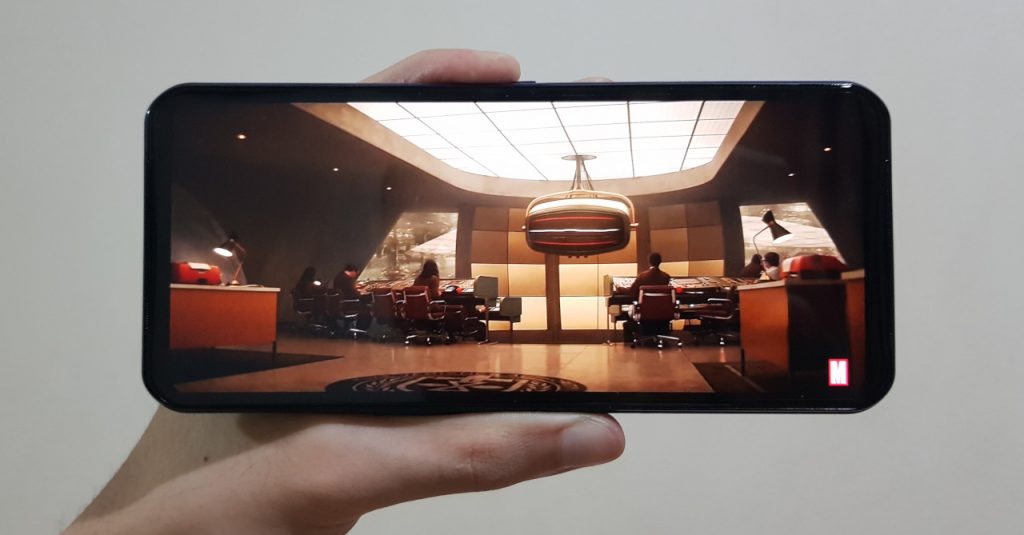 As I mentioned above, the Legion Phone Duel 2 has a large 6.92-inch display. This screen is not only large, but it is also an FHD+ AMOLED display complete with HDR10+, making it an excellent screen to watch movies/shows on. Even as someone who prefers to binge-watch on a TV instead of a phone, I had a great viewing experience on the Legion Phone Duel 2.

What makes the phone even better for binge-watching is that it has front-facing stereo onboard speakers. These speakers not only have loud output, they also have good sound quality, even at max volume. While I’d still prefer to watch with headphones or external speakers, the onboard speakers on the Legion Phone Duel 2 were still good enough to provide a nice viewing/listening experience (just make sure you don’t watch without headphones when in public).

The Legion Phone Duel 2 is powered by a Snapdragon 888 processor, and the review unit we tested had 12GB of RAM and 256GB of storage (there’s also a 16GB/512GB variant). As expected, these impressive specs helped the phone perform incredibly well for all games we tested on it.

For starters, we tried out some less demanding titles such as League of Legends: Wild Rift. Even with every graphics setting cranked up to maximum, the phone ran the game at a smooth 120 FPS, with pretty much no dips in frame rate. It also helped that the phone’s display has a 144Hz refresh rate, meaning you can better enjoy games that support higher frame rates such as Wild Rift. 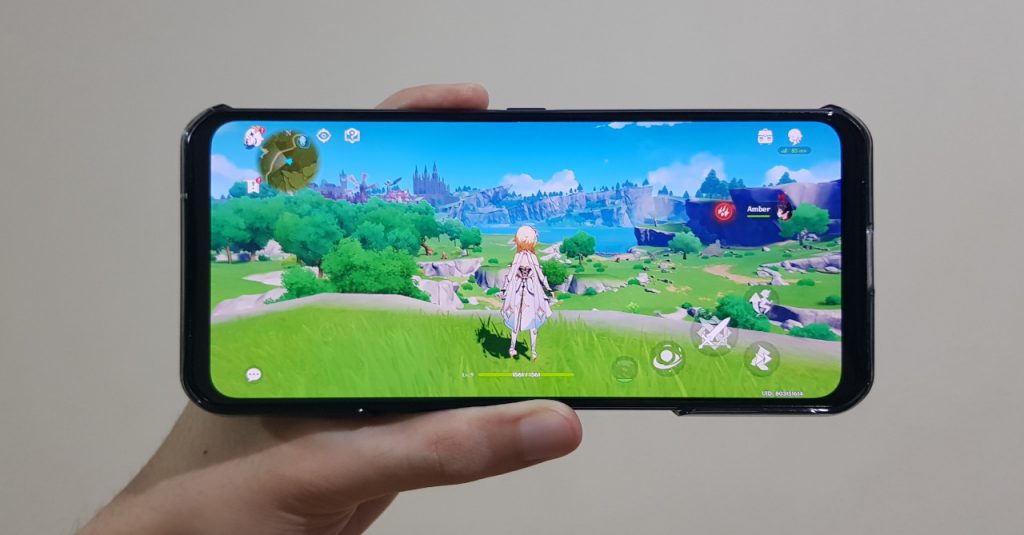 For more demanding titles, the Legion Phone Duel 2 again did not disappoint. Genshin Impact is one of the most demanding popular Android titles, and even at the max graphics settings, the Legion gaming phone ran the game smoothly with no issues. This means you should be able to run practically every Android game available now at max or near max settings on this phone.

Also, here are the synthetic benchmark scores of the new Legion phone for good measure:

As you can see, the phone scored highly on both 3DMark Wild Life and Geekbench 5. 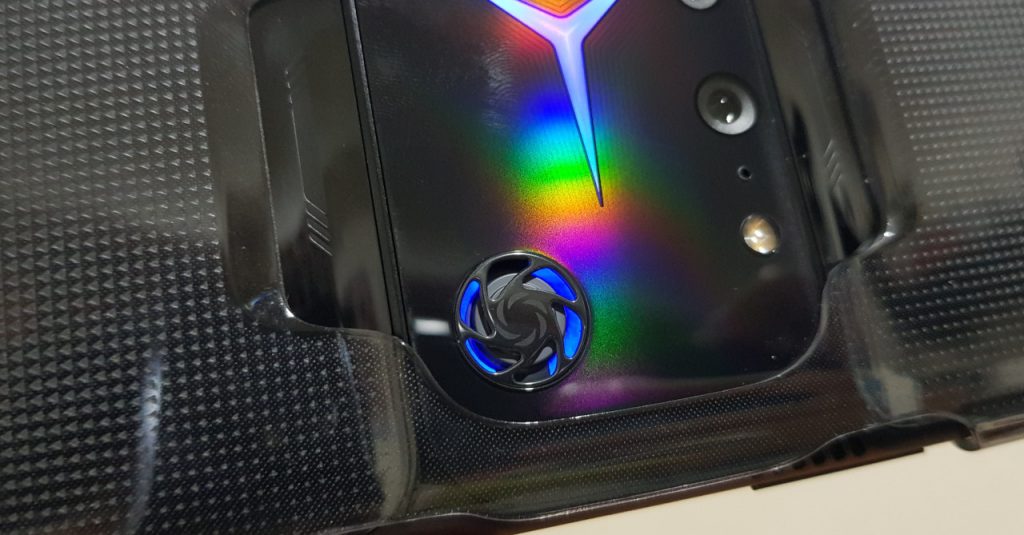 Aside from raw performance, there are also several features that are supposed the phone’s gaming capabilities. One such feature is the built-in fan which helps keep the phone cool. While it’s on the small side, it does help keep the phone cool in some situations. Though I did find that the phone can still get noticeably warm when under heavy load.

Another nifty feature is the the four shoulder triggers on the right side (at the top when using the phone horizontally) along with two more triggers at the back. These programmable triggers offer players alternate control options for games. For instance, you can set the shoulder triggers for shooting and aiming in FPS titles. While I didn’t use them for all the games I played, they were still nice to have for shooters and other titles. 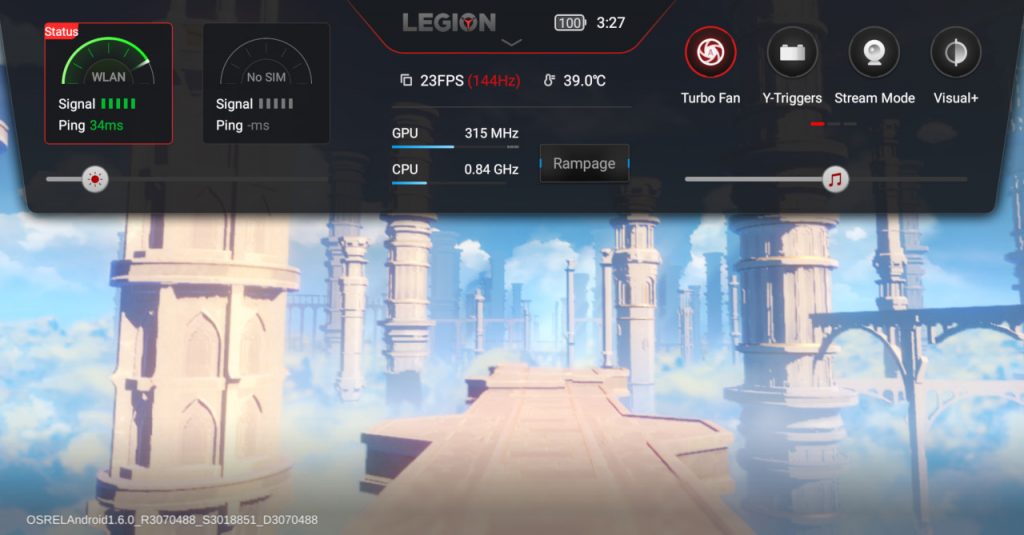 Finally, there’s the Legion menu which is accessible when playing games. This menu allows users to control various settings, including the fan speed, trigger settings, and more.

The 64MP main camera is able to capture high quality photos both outdoors and indoors, so long as there is enough light. Photos taken in these conditions have accurate colors and a good amount of detail.

For low light, the main camera also doesn’t disappoint. Auto Mode shots in low light are surprisingly bright and have good colors, though they appear a bit soft. When using Night Mode though, low light photos turn out much sharper while still retaining great colors.

As for the 16MP ultra-wide, this shooter takes good shots in daytime (even in overcast conditions), though low light performance isn’t the best. Sadly, the ultra-wide camera cannot be used with the phone’s night mode, so using it isn’t recommended when there’s not a lot of light.

Even without a time-of-flight sensor, the Legion Phone Duel 2 is able to capture good portrait shots. Finally, the 44MP front camera may be positioned a bit awkwardly for selfies, but it captures selfies with great quality.

A unique feature of the new Legion phone camera-wise is the ability to take dual photos and videos. This is great if you like to record a video while also capturing your reaction (perfect for streamers/content creators).

Given the phone’s excellent gaming performance, it comes as no surprise that the Legion Phone Duel 2 is also fast and snappy for everyday use. Even if you use the phone for more demanding tasks such as video editing, the new Legion phone should hold up well.

Other nifty features of the Legion Phone include a responsive under display fingerprint sensor, and a quality vibration motor that provides a nice tactile feedback and strong vibration. The only thing I would’ve wanted from the Legion Phone Duel 2 is a 3.5mm headphone jack as it sadly does not have one. 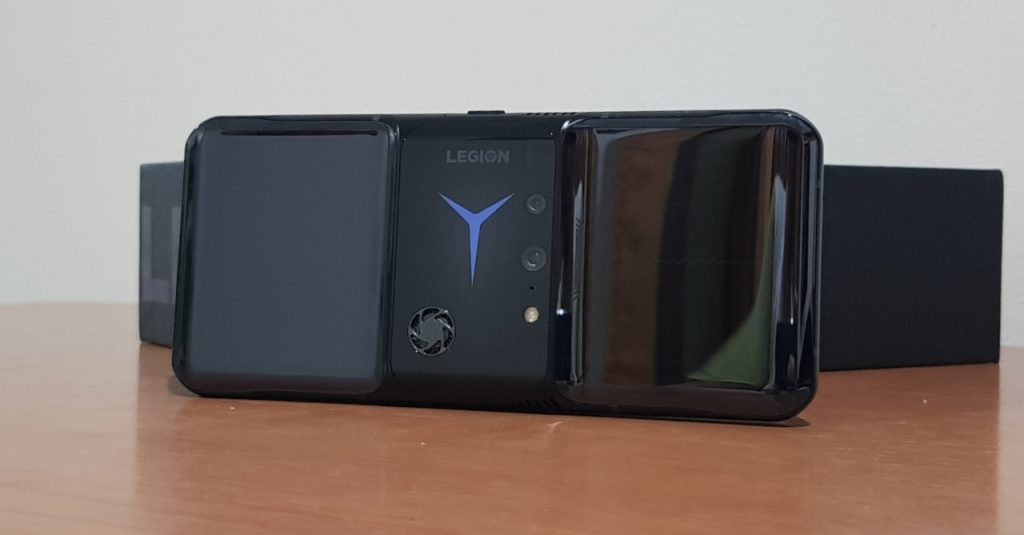 With its excellent performance, impressive display, and everyday reliability, the Legion Phone Duel 2 is sure to satisfy hardcore mobile gamers that are looking for a new gaming partner. While its cameras may not exactly rival other flagships in terms of image quality, Lenovo’s new phone delivers where it matters – gaming.

So, is the new Legion phone worth its PHP 39,995 starting price? If you’re serious about gaming and want the absolute best gaming device, the Legion Phone Duel 2 should definitely be on your radar.