From Monster Hunter: Legends of the Guild to The Witcher: Nightmare of the Wolf! 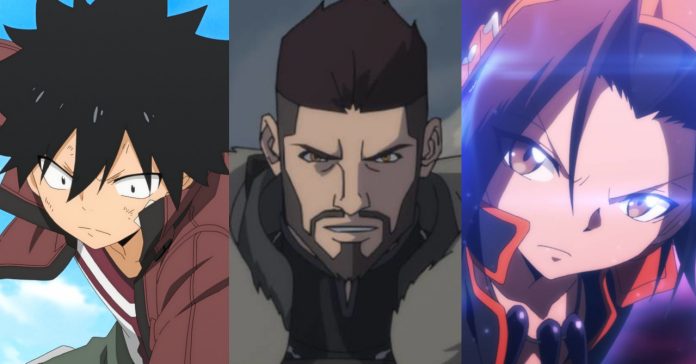 Netflix already had quite the July 2021 lineup, but for August 2021, Netflix has some exciting anime movies and shows that you’ll be able to stream!

While there are lots of new content coming to Netflix this month, here are four of our top picks. And spoiler alert: they’re all animated!

First up, we have the 2021 Shaman King anime series by anime studio Bridge. While the first Shaman King anime is no doubt close to anime fans’ hearts, this new show is a more faithful adaptation of the original manga series.

In case you’re unfamiliar, the show’s premise is described as:

“The Shaman King is the one who can contact the king of spirits and reshape the world. Every 500 years, shamans, who can commune between the worlds of the living and dead, compete in the Shaman Fight to become the next Shaman King.”

Announced way back in 2018, Netflix finally released a new trailer and announced the August 12 release date for the Monster Hunter: Legends of the Guild, an upcoming 3DCG animated movie set in the Monster Hunter universe.

Legends of the Guild follows Aiden, also known in the game as the “Excitable A-Lister.” Its premise is described as:

“In a world where humans and fearsome monsters live in an uneasy balance, young hunter Aiden fights to save his village from destruction by a dragon.”

The Witcher: Nightmare of the Wolf – August 23

Next up, we have Nightmare of the Wolf, an animated movie that will star Vesemir, the mentor of Geralt. This animated movie is set years before The Witcher series, and it explores Vesemir’s origins.

The movie’s story is described as:

Finally, we have Edens Zero, a new anime series based on the manga series of the same name by Hiro Mashima (the creator of Fairy Tail). This new anime’s story is as follows:

“It is the year X492, an age in which people freely travel through the universe. Rebecca, a video-creating B-Cuber, visits the robotic world of Granbell and meets a young man with special powers: Shiki, who’s lived his entire life among machines. Soon Shiki is exploring the cosmos with Rebecca, encountering new places, people and things, and making friends along the way.”

Aside from these five anime, there are lots of other movies and shows coming to Netflix in August 2021. Check out the rest of Netflix’s August lineup here: