The Witcher: Nightmare of the Wolf gets a new trailer, screenshots, and more

Catch this Witcher animated prequel on Netflix this August! 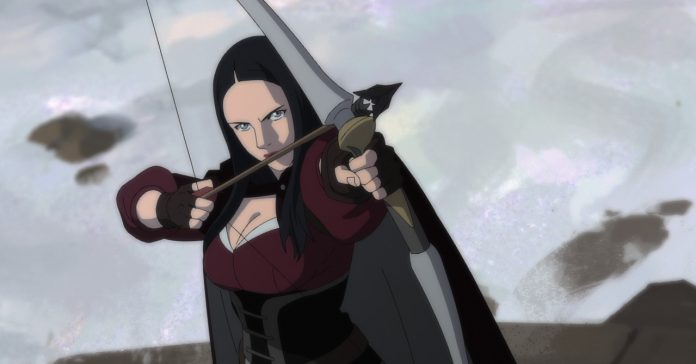 Following the film’s announcement at Witchercon, Netflix has just released a new teaser trailer, screenshots, and new details on the upcoming animated film The Witcher: Nightmare of the Wolf.

The new trailer gives us more glimpses at the film’s story and action. You can check it out here:

Along with the new trailer, Netflix also released the voice cast for the movie’s four major characters. The film’s English cast includes:

In case you missed the announcement, The Witcher: Nightmare of the Wolf is an animated film which will serve as a prequel to the live-action Witcher series. The movie follows Vesemir, a Witcher who was Geralt’s mentor.

The film’s premise is described by Netflix as:

The Witcher: Nightmare of the Wolf is written and produced by Beau DeMayo and co-produced by The Witcher seeries Showrunner and Executive Producer Lauren Schmidt Hissrich. The film is animated by Studio Mir, and is directed by Kwang Il Han.

The Witcher: Nightmare of the Wolf premieres on Netflix on August 23, 2021.