Here's something to delight Yu-Gi-Oh fans! 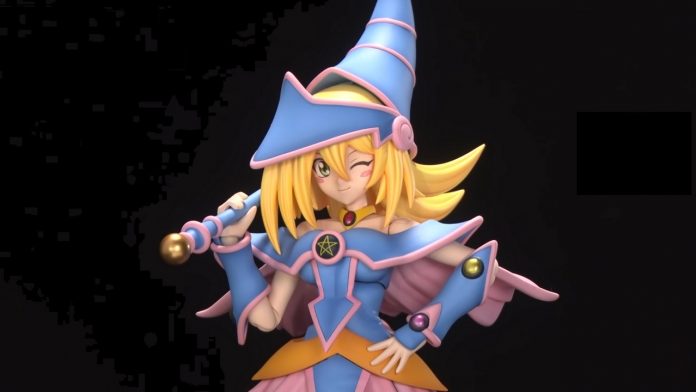 Last weekend during Kotobukiya’s Livestream, we were given our first look at their new products for their many lines of scale figures and model kits, including a painted prototype of the latest addition for their Cross Frame Girls (CFG) model kit next to Wonder Woman. The latest cutie who will join the Cross Frame Girls toy line would be Dark Magician Girl from Yu-Gi-Oh!, revealed in their official Twitter account and talked about highlighted during an interview with Planning Manager, Shohei Chiba on Kotobukiya’s official channel.

【PAINT MASTER REVEAL】
Take a first look at the paint master of Dark Magician Girl from YU-GI-OH! coming out as a plastic model kit!

According to the interview, the CFG Dark Magician Girl will feature a wide range of articulation to recreate dynamic poses, and will be in scale to be faithful to the show. Also, the model kit will have four interchangeable faceplates that will come with a removable hat, wand, and two sets of bangs.

If you’re unfamiliar with Kotobukiya’s Cross Frame Girls model kit, it iss part of Kotobukiya’s model kit line like Frame Arms Girls, Megami Device, and their recent Sousai Shojo Teien. The Cross Frame Girls series turns popular characters like Wonder Woman and Gao Gai Gar into cute toy anime girls. But since this toy line is a model kit, you’ll have to build them from scratch by clipping the parts from its runners and painting a few details.

The Cross Frame Girl Dark Magician Girl still doesn’t have a release date yet, but is currently in production.