Transferring your save file is quick and easy. 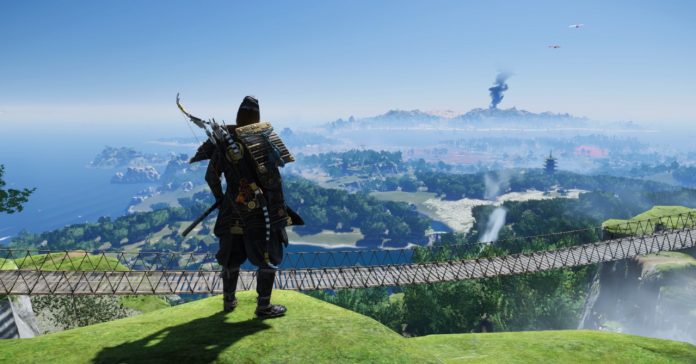 Unlike in Final Fantasy VII Remake Intergrade where you have to open the PS4 version of the game to initiate the save file transfer, in the Tsushima Director’s Cut, you only need the actual save file to be copies on your PS5.

Step 1: Transfer your PS4 save file to your PS5 via PS+ cloud save or via a USB drive. Take note that it is recommended to transfer a save file that was saved with the latest Ghost of Tsushima PS4 patch.

Step 3: Choose the PS4 save that you want to transfer over to the Directors’ Cut.

Step 4: A prompt should appear to say that the transfer was successful.

Step 5: You can now select “Load Game” and load your transferred save on the Director’s Cut.

To transfer a PS4 save to #GhostOfTsushima Director’s Cut on PS5, have it in your PS5 storage and select "Transfer PS4 Console Save" on the menu (we recommend downloading the latest patch first).

If you’re a PS Plus member with cloud saves, download locally before transferring. pic.twitter.com/Sg99k5Wc18

Once you have transferred your save and have loaded the game, you can now pick up where you left off. If your save file is from the game’s finished state, you should be able to access the new content in the Director’s Cut. If not, you will need a save file with progress up to the beginning of Act 2 (when you unlock the Toyotama region).

If you previously earned the Grand Opening trophy in New Game+, you’ll have to enter the shop of Baku the Voiceless again and exit to re-earn the trophy. You won’t need to trade in any additional Ghost Flowers; simply browse Baku's inventory and then exit. pic.twitter.com/3ssYjDtTAL

Another thing to note is that your previous Ghost of Tsushima PS4 trophies will also be unlocked on the PS5 once you transfer your save file. Though there are two exceptions. The first is the “A Moment In Time” trophy; you’ll need to open Photo Mode in the Director’s Cut and toggle any option to get the trophy again. The other one is the “Grand Opening” trophy in New Game+. To unlock this again, you’ll need to enter the shop of Baku the Voiceless, browse through the inventory, and exit (no need to purchase anything).