Is the MatePad Pro 12.6's smaller sibling a worthy option? 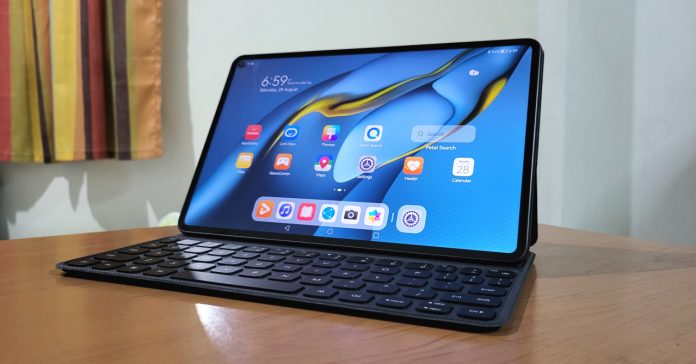 Back in July, we reviewed the MatePad Pro 12.6, Huawei’s productivity tablet that’s their first in the Philippines that runs on HarmonyOS. Now, Huawei has launched another tablet in the country – the MatePad Pro 10.8.

So what’s the difference between the two? Well, the numbers on both MatePads indicate their screen sizes, meaning that the MatePad Pro 10.8 has a 10.8-inch display, while the other MatePad has a 12.6-inch screen. 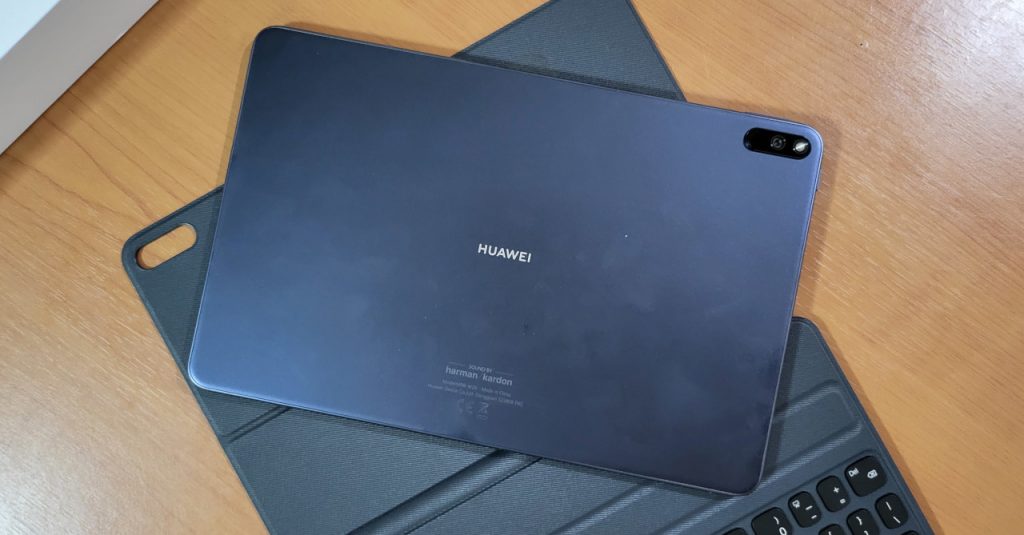 At first, you might think that size is the only difference between the two, but that’s not quite accurate. Sure, both tablets share a similar look and overall design, but they do differ in what processor they use. While the 12.6 is powered by Huawei’s own Kirin 9000E processor, the 10.8 uses a Qualcomm Snapdragon 870 processor with an Adreno 650 GPU. Even though the processors are different, the Snapdragon 870 still promises to be a powerful SoC, and it also packs 5G connectivity to boot. Though for us to confirm its performance, we’ll have to test out the 10.8 a bit more. 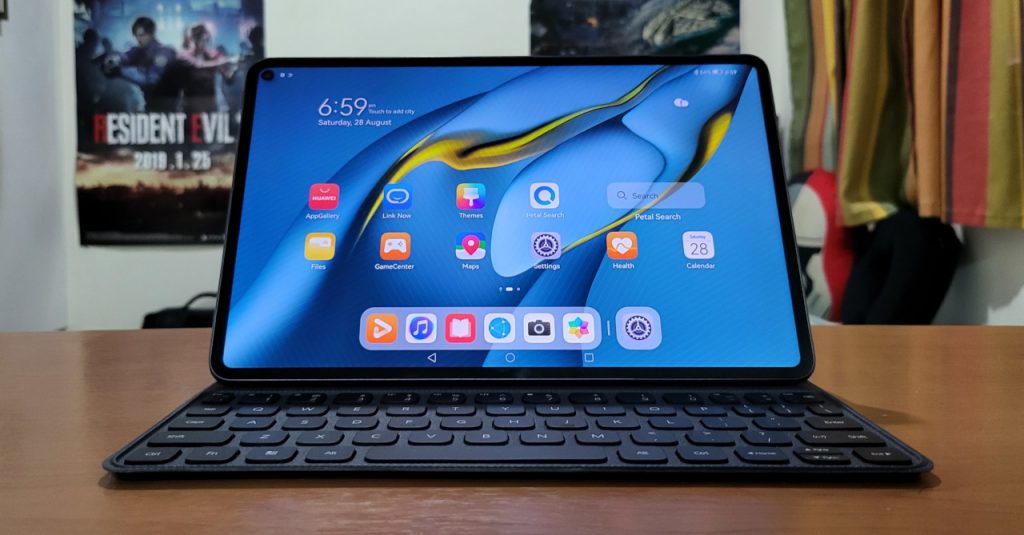 As for its display, this new MatePad Pro comes with a 10.8-inch touch display with a 2560 x 1600 resolution. While this is only an LCD display, in our initial time with it, the screen still proved to look quite nice for some video watching and gaming. When viewed side-by-side though, the MatePad Pro 10.8’s display isn’t as vibrant as the 12.6 with its OLED screen.

Given their difference in size, the two MatePad Pros also differ in batteries. The larger MatePad packs a 10050mAh battery while the smaller 10.8 uses a 7250mAh Battery. Of course, a bigger battery doesn’t always mean longer battery life, especially if it needs to power a much bigger display. Because of this, we’ll have to try the new MatePad Pro a bit more to see how long it lasts on a single charge. Even if we have yet to test out its battery, we do know that the 10.8 supports Huawei’s 40W SuperCharge, meaning it should fill up quite fast if you have a compatible Huawei fast charger.

Display/overall size and processor aside, the 10.8 shares a lot of the same features as the previous MatePad. Both tablets feature a single 13MP main camera, as well as an 8MP selfie shooter. As the two tablets share what seems to be the same cameras, we expect both MatePads to perform similarly for photography (though we don’t exactly recommend taking lots of photos using a large tablet).

Other features they share include a Type-C port, as well as a four-channel speaker system tuned by Harman/Kardon. As we were impressed by the 12.6’s onboard speakers, we expect to like the MatePad Pro 10.8’s speakers as well for binge-watching.

Along with the speakers, the 10.8 also has a five noise-reducing microphones which should mean it’ll be a good partner for online meetings or classes. 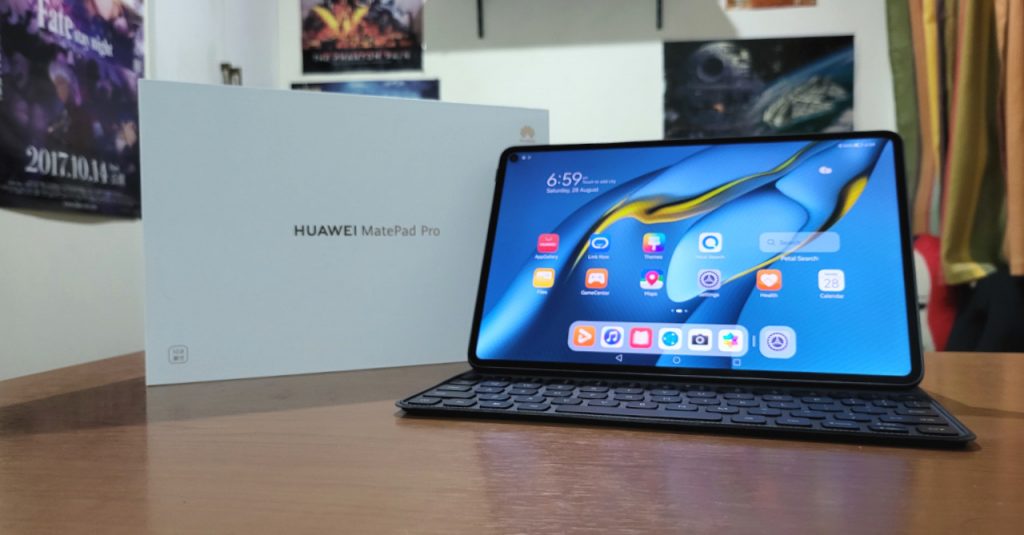 Finally, the 10.8 runs on HarmonyOS 2, Huawei’s own mobile operating system. In our experience, HarmonyOS worked quite well in the devices that we tried it with, especially as it still supported most Android apps. Given this, this new MatePad shouldn’t disappoint in terms of software usability. 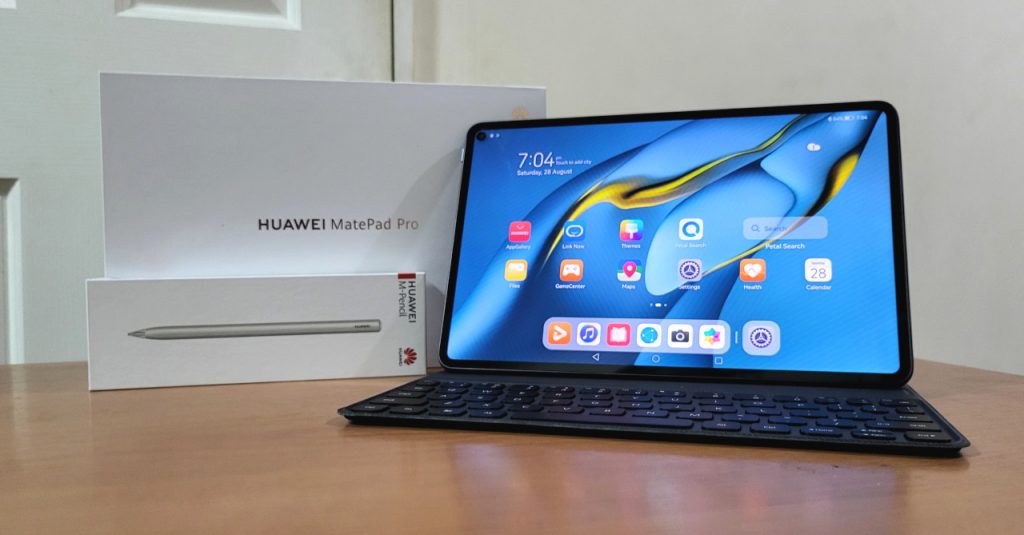 We’ve only had the MatePad Pro 10.8 for a bit, and based on our time with it, the new Huawei tablet has a lot of promise, especially for users who want a powerful tablet with a slightly more portable form factor. For our final verdict though, you’ll have to stand by for our full review so we can answer if this new Huawei tablet is worth its PHP 46,999 price tag.