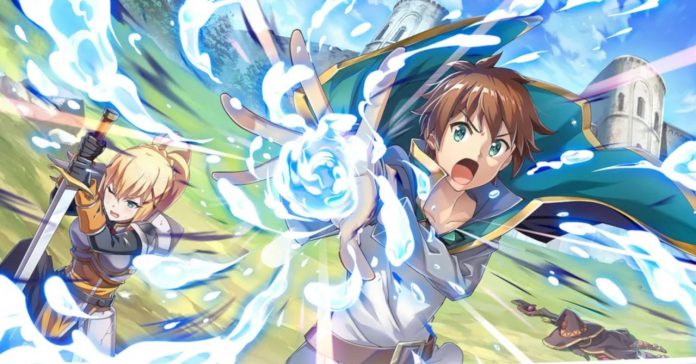 Following the opening of pre-registration last month, Nexon has announced that the mobile game KonoSuba: Fantastic Days will release on Android and iOS on August 19, 2021.

If you haven’t pre-registered yet, you can still do so now at konosuba.nexon.com. When you pre-register, you’ll get to participate in a limited-time giveaway featuring prizes such as Razer Hammerhead True Wireless Earbuds and Megumin or Aqua figurines. Winners will be announced on the official twitter account of KonoSuba: Fantastic Days @playkonosuba.

In case you’re unfamiliar, Fantastic Days is a free-to-play character-collection mobile RPG that’s based on the KonoSuba light novel/anime series. The game’s premise is described as:

“You have been summoned, brave traveler, to a world threatened by the Devil King’s army in the first KonoSuba mobile game ever to be released globally. The journey may be long and perilous, but do not fear! You won’t be going empty-handed…joining your party will be all the KonoSuba characters you know and love, along with some fresh new faces.

Embark on your adventure, and rescue the realm from the forces of evil! Although, when it comes to Aqua, you may have to do most of the rescuing yourself…especially against those pesky giant toads.”

Pre-register for the game now at the official website or via Google Play.