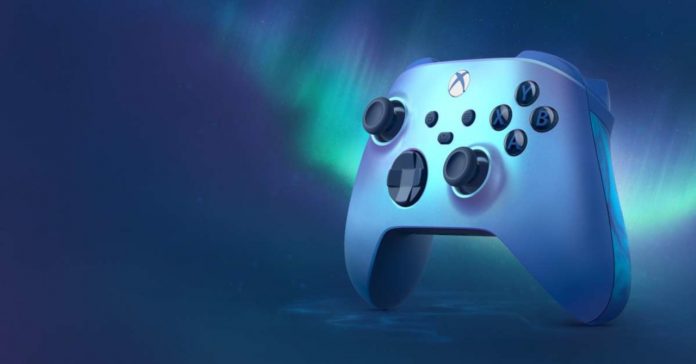 Microsoft recently revealed the new Aqua Shift Special Edition Xbox Wireless Controller, and it features quite a striking color, much more so than other Xbox controller colorways.

To start with, the Aqua Shift controller features a special blue color that shifts in hue depending on how light hits it. As the name implies, this color-shifting effect is reminiscent of moving water.

Aqua Shift got us starry-eyed 🌟

According to Micrsoft, the Aqua Shift Xbox controller is the first “to feature rubberized side grips with a unique dual color swirl on every unit.” The controller also has a textured grip on the triggers, bumpers, and back case for a more grippy in-hand feel.

Aside from these design flourishes, the controller features the same set of buttons as the standard Xbox Series X|S controller, including Windows compatibility as well as button remapping support via the Xbox Accessories app.

The Xbox Wireless Controller – Aqua Shift Special Edition is available for pre-order now in countries for USD 69.99. In the Philippine, there’s no word yet on if it will release. Though we believe that this special edition Xbox controller will be released by select video game retailers in the country; after all, Xbox consoles and accessories are available in various Philippine gaming stores.