Call of Duty fans will find a lot to love in Vanguard. 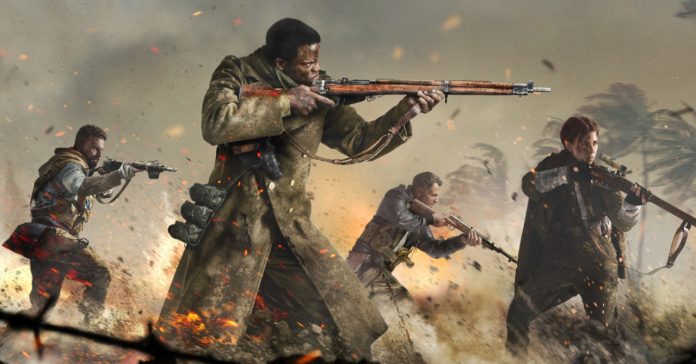 After trying out the new Champion Hill game mode, I was able to try out more multiplayer modes in Call of Duty: Vanguard in a recent media preview made ahead of the game’s Open Beta. Specifically, I got to play in six maps, four of which were in Tactical while the remaining two were in Blitz.

Before I share my impressions, I’ll first explain what Tactical and Blitz mean. In CoD Vanguard, players will be able to select the intensity and the player count of games with Combat Pacing options. First is Tactical pacing which is the classic 6v6 experience. Next is Assault pacing which promises a more balanced combat pacing, with player counts varying from 20-48 in the upcoming Open Beta. Finally, we have Blitz pacing, high-action games where 48 players can duke it out in 24v24 matches. While each option has different player counts, they will share similar gameplay types such as Team Deathmatch, Kill Confirmed, etc.

With all that explained, I’ll start off with the Tactical matches. Of the four Tactical maps I tried, three were familiar game modes: Team Deathmatch, Domination, and Kill Confirmed. If you’ve ever played previous Call of Duty games, you’ll feel right at home in these game modes, with the main difference being you’re playing with World War 2-era weaponry. Though I did notice that the guns felt quite modern; they even had modern-looking sights.

The most interesting Tactical match I tried was in the new Patrol game mode. Basically, the objective in Patrol is to control a moving objective marker for as long as you can, with the team spending the most time in control of the objective the most being declared the winner. Think of it like Domination, but instead of having set control points, there’s only one point, and it moves around the map at a constant pace.

While it may seem like a simple Domination remix, Patrol proved to be quite interesting to play. I found it quite fun that pretty much the whole map is used in the mode, and action is not just confined to certain points. Plus, I liked that the action gets funneled into one area, resulting in a lot of heart-pumping action. On top of this, Patrol also allows for different tactics, as crowding the objective with bodies is not the best idea as you’re susceptible to a well-timed grenade (which I was able to exploit in a specific game).

The 6v6 Tactical games were action-packed on their own, the 24v24 Blitz games were even more so. During the media preview I was able to play Blitz Team Deathmatch and Blitz Patrol games, both of which proved to be a lot of fun, albeit a more chaotic type of fun.

Unlike Tactical matches where effective tactics is key, Blitz matches are just straight up action, all the time. While some players may find these a bit to chaotic for their liking, I liked the option of having these large-scale multiplayer battles.

I would say that I had a great time with the Call of Duty: Vanguard Multiplayer preview, though I do have one nitpick. While the game is set in World War 2, it did not feel like a WWII shooter at all in terms of the weapons and how it played. It kind of felt like Black Ops Cold War but with a WWII skin. Of course, having this continuity with Black Ops is great for fans who expect a certain type of gameplay with a new Call of Duty release. Plus, it remains to be seen if the campaign will feel like this as well, or if it will play more like an WWII game.

Overall, Call of Duty: Vanguard’s multiplayer mode is quite promising based on the preview. I had quite a lot of fun during my admittedly short time with the game, and it should prove to be satisfying for Call of Duty fans.

For more info on the beta, visit: www.callofduty.com/beta.