Worthy of recommendation for creatives? 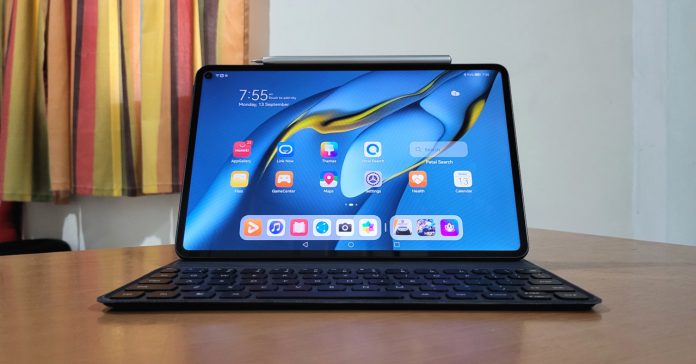 Two weeks ago, we got to try out the MatePad Pro 10.8, a new tablet from Huawei that’s aimed at creatives, all while having a smaller form factor, especially when compared to the larger MatePad Pro 12.6.

As its name implies, the MatePad Pro 10.8 has a 10.8-inch display, and it also has a couple of key differences from its larger sibling. For one, this tablet is powered by a Qualcomm Snapdragon 870 processor, and has 8GB of RAM. Though given its smaller size, the 10.8 has a smaller 7,250mAh battery (though it’s still quite big for a tablet), and quad channel speakers instead of eight. 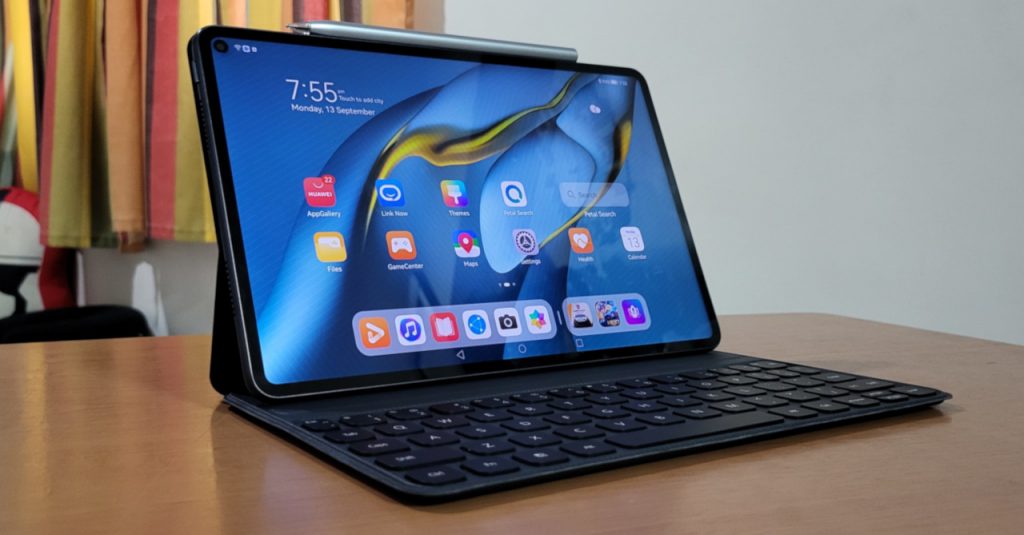 Aside from these and some other minor differences, the MatePad 10.8 shares a lot of similar features with the larger 12.6 model. Both tablets come with Huawei M-Pencil support, and run on HarmonyOS 2 — Huawei’s own operating system.

So, is the MatePad 10.8 a worthy creative partner for users who want a tablet that’s a bit more portable? Find out here in our Huawei MatePad 10.8 review! 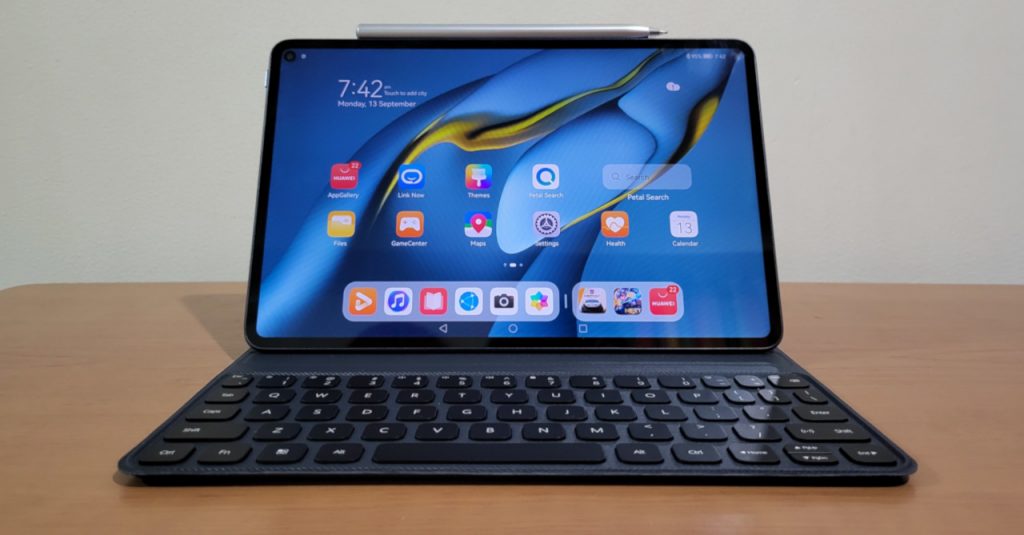 To start off, let’s take a look at the tablet’s design. The MatePad Pro 10.8 looks almost exactly like the 12.6 model, just smaller. It has a display with slim bezels, as well as a small holepunch notch at the top left corner. From the front, the MatePad 10.8 is a good-looking tablet that should satisfy even more discerning users. 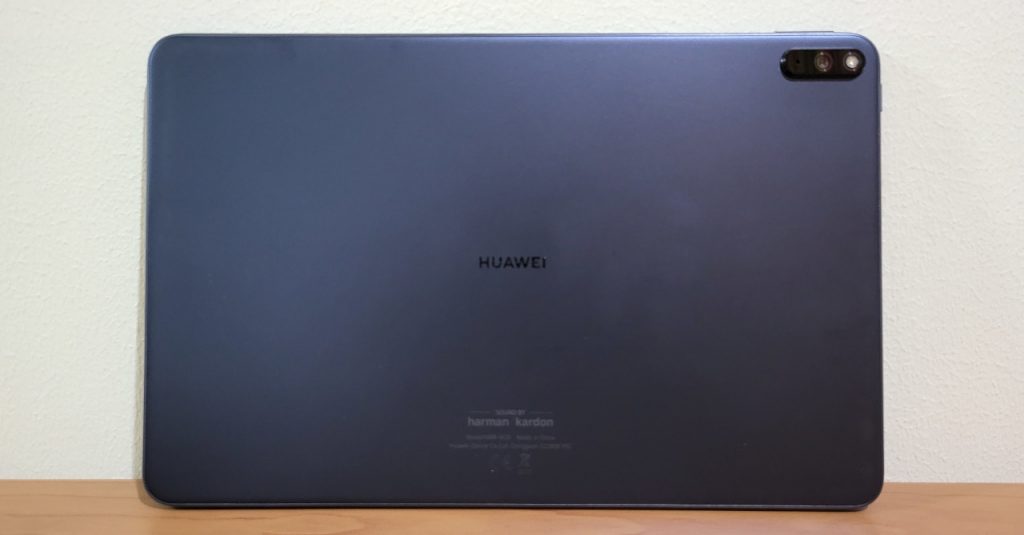 At the back, the MatePad Pro 10.8’s design is quite low-key. You can only see a small Huawei logo, a Harman/Kardon logo at the bottom, and the tablet’s camera module. The back of the tablet isn’t that eye-catching when compared to Huawei’s recent phones, though this should not be an issue as you likely won’t see the back of it much when you use the Smart Magnetic Keyboard (which is a must if you ask us).

As for its size, the MatePad Pro 10.8 feels more comfortable to use in the hand compared to much larger tablets. While you still ideally would use it with the Smart Magnetic Keyboard which doubles as a stand, if you need to, this MatePad can be held comfortably.

Tablets are great for productivity, but they’re also a nice match for binge-watching, especially when compared to smartphones as their size makes for a more immersive viewing experience. So, how does the MatePad Pro 10.8 hold up for watching movies/shows? It does quite well in this regard. 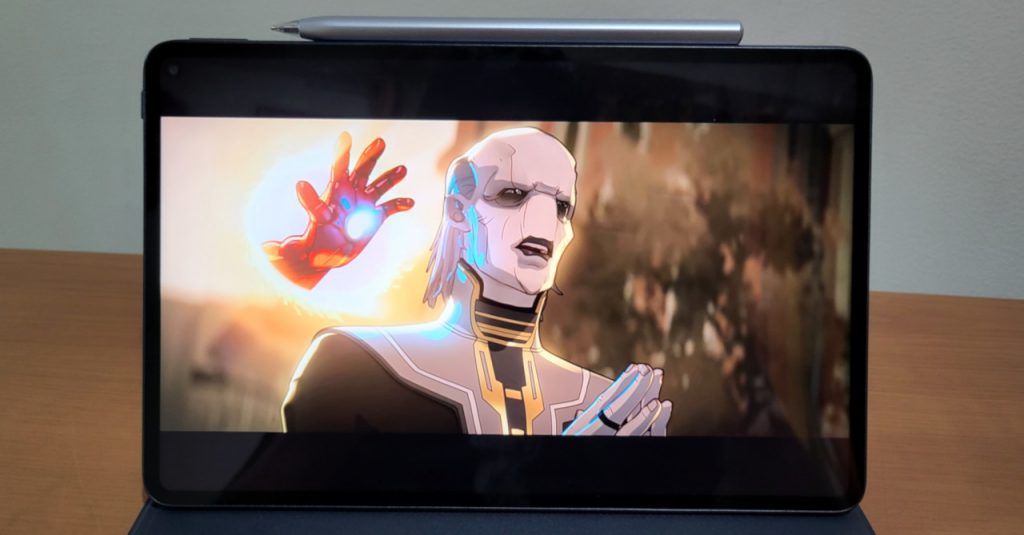 While the tablet may not have an OLED screen, its 10.8-inch 2560 x 1600 resolution LCD display still works well for movie/series binges. Vidoes are sharp and clear, and the colors are displayed nicely to boot. Plus, the tablet should get bright enough, even if your indoor lights are on the brighter side.

For audio, the MatePad Pro 10.8 packs Harman/Kardon-tuned quad channel speakers, and they produce great audio. If you’re binge-watching with a friend, you can have a pretty good experience even on just the onboard speakers.

Of course, we still recommend external speakers or headphones for the best experience, though the MatePad Pro does not have a headphone jack. Given this, you should either use wireless speakers/headphones, or use the included USB-C to 3.5mm dongle for your wired audio devices. 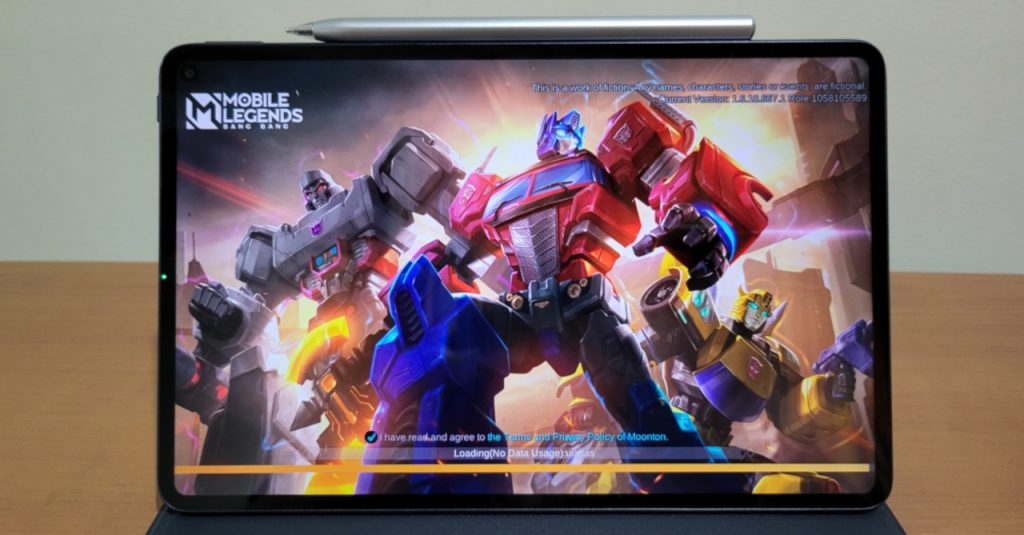 Thanks to its processor and 8GB of RAM, the new MatePad Pro can easily handle most of today’s popular games with ease. If you like to play games such as Mobile Legends, you’ll have no issues as the tablet can run these titles at high settings. And if you play on mobile, you’ll be happy to know that the tablet supports 5G connectivity which should mean lower latency for multiplayer games.

As for more hardware-intensive games, the MatePad Pro 10.8 also has enough power to run them with ease. Basically, if a game is available on the AppGallery, the new MatePad Pro can run them. 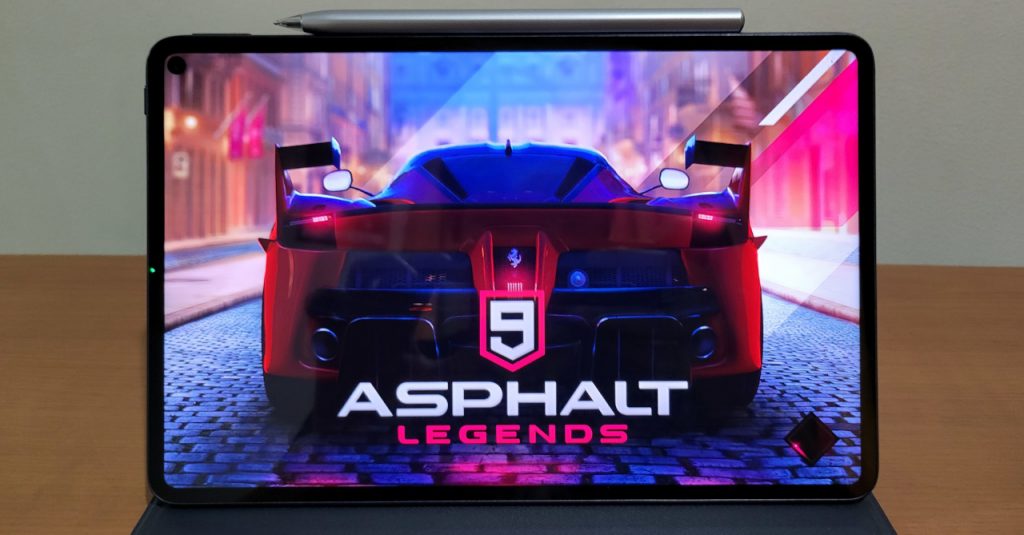 Though would you want to game on a tablet? Personally, I had a fun time playing games on the MatePad Pro 10.8’s large screen, and I even found it to feel nice to hold in hand while playing. Your mileage may vary of course, depending on the size of your hands or what type of game you’re playing.

For its cameras, the 10.8 has a single 13MP rear camera, as well as an 8MP selfie shooter.

As we usually say in our tablet reviews, tablets aren’t really recommended for photography; tablets are just too large and unwieldy to use for photography. But if you do need to take a quick snap, or if you were to attend a video call, the MatePad Pro 10.8’s front and rear cameras will do the job just fine. So long as you don’t expect smartphone-quality images of course.

As the tablet had enough power for even heavy gaming, it should come as no surprise that the new MatePad Pro also performed well for everyday use. Whether you use it for browsing or for more creative work, the MatePad Pro 10.8 is fast, snappy, and responsive. 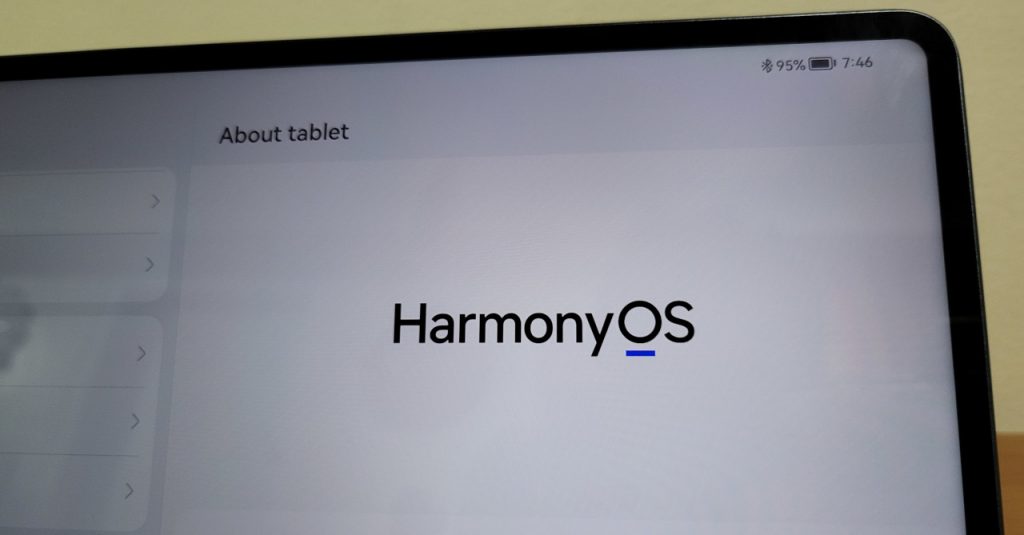 One thing to note though is that the 10.8 runs on HarmonyOS 2, Huawei’s own operating system. Even though this is a unique OS, it works pretty much the same as Android EMUI devices from Huawei in terms of the user experience. This means it works well and is easy to use for practically all users. 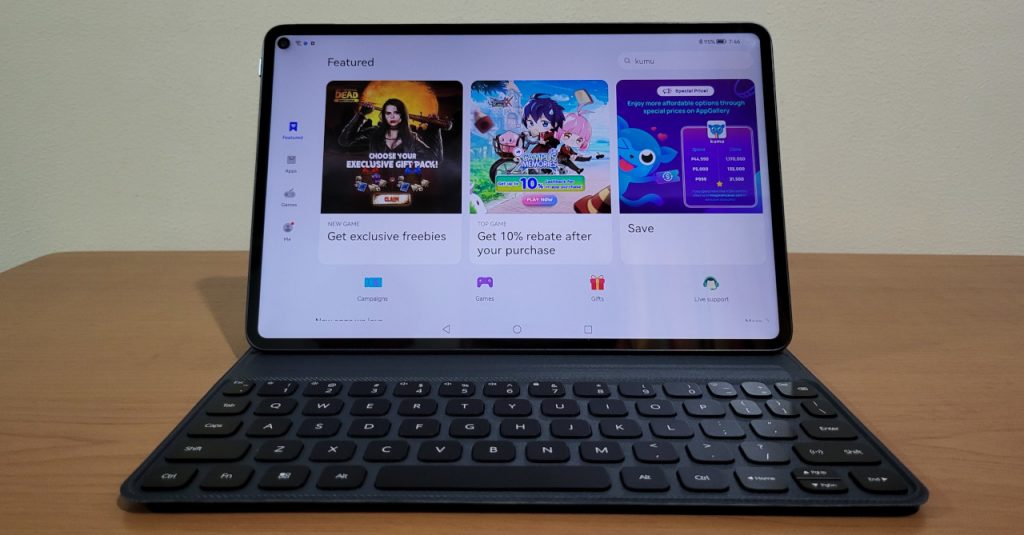 As for apps, you’ll need to look for them on the AppGallery, Huawei’s app store. Right now, there are already lots of apps on the store. And if you do need to get an app that’s not yet available there, you can download them using the Petal Search Widget. While it takes some time to get used to if you come from an Android or iOS device, you should be able to download most of your favorite apps. Plus, you won’t have to worry as the tablet does support Android apps.

For its battery life, the MatePad Pro 10.8 does not disappoint. In my experience, I was able to use the tablet for over a day on a single charge. While you can drain the tablet in a day, you’ll be able to use it for hours to work or to watch before it runs out of juice. If you do need to top up, the tablet supports up to 40W Supercharge fast charging. 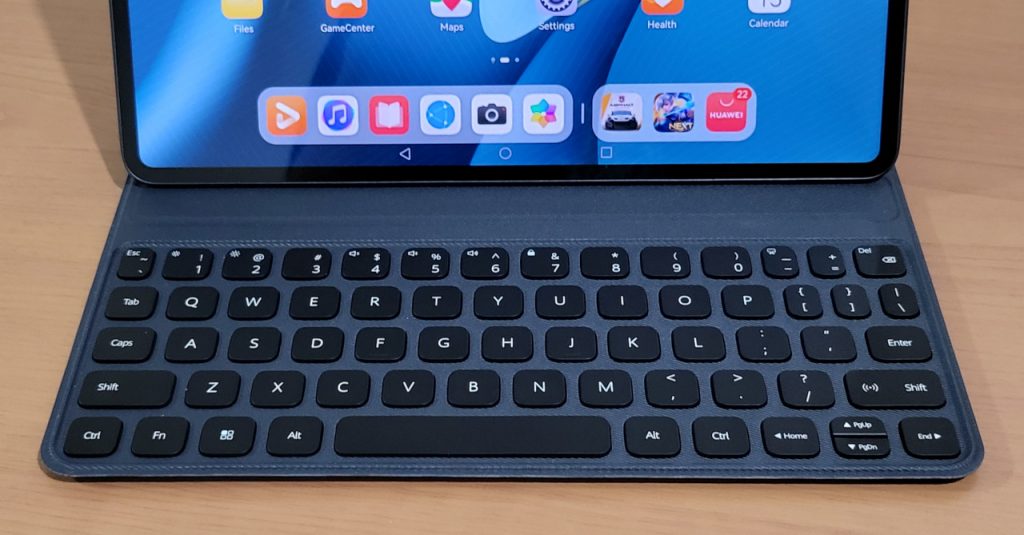 Similar to the 12.6, the MatePad Pro 10.8 has a Smart Magnetic Keyboard accessory from Huawei which doubles as a protective cover. As someone who writes articles, I found the keyboard to be quite nice to type on. I’d even say that the typing experience is comparable to working on a small laptop.

Aside from the keyboard, the tablet also supports Huawei’s M-Pencil. This is definitely an accessory recommended for creatives as it works well with the drawing apps that are available on the AppGallery. While the feedback could be a bit better, the M-Pencil is still an accessory worth checking out.

One cool thing about the MatePad Pro 10.8 is that it has Bluetooth mouse support. While I wasn’t able to try it out as I didn’t have a compatible mouse, this is still a nice feature to have as it makes it a more compelling laptop replacement. 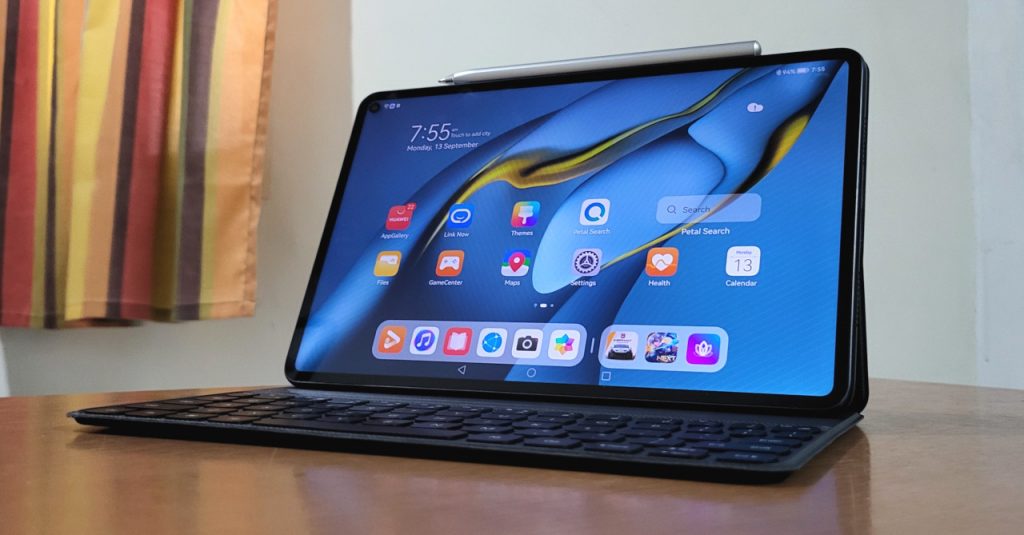 But what about its price tag? Well, this MatePad is priced at PHP 46,999 — definitely a premium price. As for if it’s worth it, it depends. If you want a more portable tablet for productivity and play, and are fine with using a HarmonyOS device, the MatePad Pro 10.8 is worth checking out.