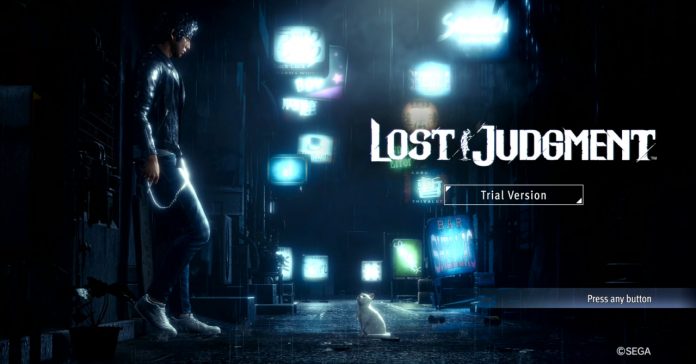 Ahead of the game’s release later this month, SEGA has released a demo of Lost Judgment on the PlayStation Store. This demo is available now for free for PS5 and PS4 players, and it lets players experience the game’s opening and part of Chapter 1 in the game’s main story.

These early parts of the game will let players try you the series’ Investigative Action segments, as well as some action-packed combat encounters. On top of these, there will also be infiltration and chasing mini-games during the demo.

As a bonus, Saved Data from the Lost Judgment demo can be transferred to the main game on PlayStation when the game releases.

In case you’re unfamiliar, Lost Judgment is the sequel to the Yakuza spin-off, Judgment, which released back in 2019. This game plays similarly to the Yakuza games, but instead of being a crime drama, it features a detective story.