Get Hell Let Loose, Mortal Kombat X, and more for free this October! 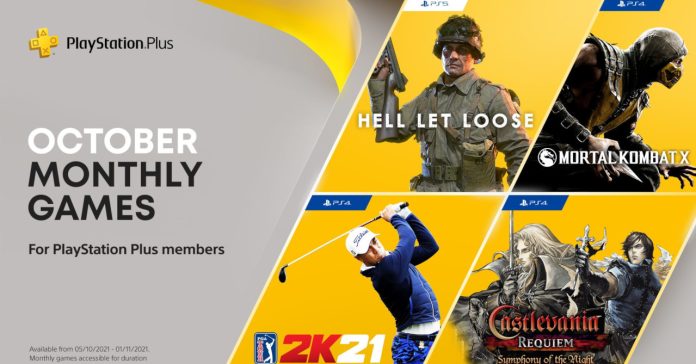 PlayStation has announced the free games lineup for PS Plus subscribers for October 2021, and unlike last month, there are four free games for subscribers in Asia. Namely, the free games are Hell Let Loose, PGA Tour 2K21, Mortal Kombat X, and Castlevania Requiem.

First up, we have Hell Let Loose, a free game available for PS5 owners with PS Plus subscriptions. This game is a WWII-inspired multiplayer title that features 100-player battles with real time strategy-inspired elements.

While this game can only be played on the PS5, PS Plus subscribers can claim the game and add it to their game library via the PlayStation App, even if they only have a PS4.

The next free game is PGA Tour 2K21, the golf game that’s only the second game in the series to be officially licensed by the PGA Tour. In this game, players can take on PGA Tour Pros across real-life courses during the game’s career mode. Along with career, PGA Tour 2K21 also has a variety of modes to enjoy.

Released back in 2015, Mortal Kombat X by NetherRealm Studios is a fighting game in the long-running Mortal Kombat series. While this game is not the latest entry in the series, it still features plenty of brutal action that should satisfy fighting game fans.

Finally, Castlevania Requiem is available for free for PS Plus subscribers, but only in Asian regions. This game is a package of the classic Castlevania Symphony of the Night & Rondo of Blood.

For more info on the PS Plus lineup for October, visit the PlayStation Blog.