The Cabal M Nevareth League 2021 kicks off this October 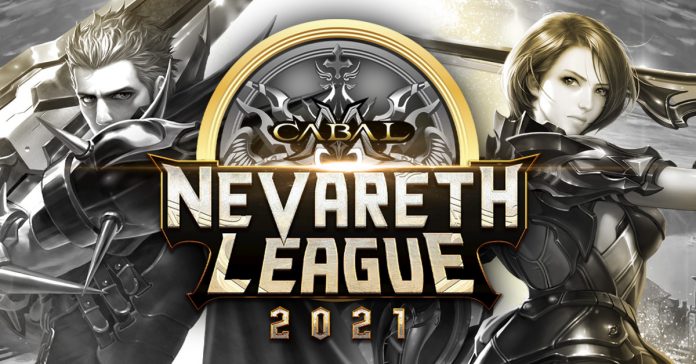 Earlier this month, the Cabal M Nevareth Legaue was revealed, but not yet fully detailed. Recently though, game publisher PlayPark has finally given us more details on the upcoming Nevareth League 2021.

The Nevareth League 2021 is the biggest mobile MMORPG league in the Philippines and Vietnam, as it features a large PHP 2 million (USD 40,000) worth prize pool. Of that, the Grand Champion will receive one million Pesos in cash, as well as in-game items.

This Cabal Mobile league will be composed of three tournament stages. The first phase is the Guild Rank Infinity Tournament (G.R.i.T) where guilds with a rank of 4 or higher will get to show of their skills in three formats: 1v1, Three-Man Tag Team, and 5v5. At the end of this phase, only one guild per server will emerge victorious.

The next stage is the Nevareth District Wars. There, four competing guilds from each server will face off to determine which guild will represent their server. After this stage, one Philippine guild and one Vietnamese guild will be proclaimed the District Winners.

The third stage, is the Guild Mission Festival. This is an anything goes tournament where all Cabal Mobile guilds can join. Guilds can join various Guild Missions, and by the end of Leg 1 and Leg 2 per server, only the top-ranked guild will advance.

Interested in joining? Every team must have 5-8 members (at least five members and a maximum of three substitutes) with all belonging to the same guild. The guild, as mentioned above, must be at level 4 to qualify, and all members should be at least level 170. Participants must also belong to one class each, meaning there will be no doubling up of classes, even for substitutes.

For the full tournament rules and regulations, visit the official Nevareth League 2021 micro-site.