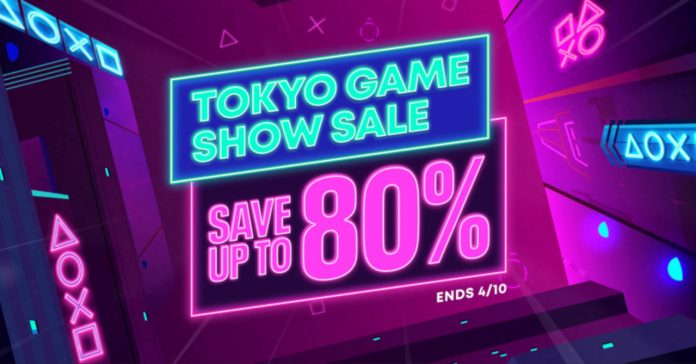 With TGS 2021 happening from September 30 to October 3, PlayStation is celebrating Asia’s biggest gaming event with the Tokyo Game Show Sale. This sale is now live on the Asian PlayStation Store, and it gives lots of big discounts on a wide range of titles, most of which come from Japan — great news if you’re looking for a new game to play without breaking the bank!

Not sure what to get during the sale? Here are our top five picks at this PlayStation Sale:

First up, we have Scarlet Nexus, the new action RPG from Bandai Namco which released a few months back. In case you are on the fence about Scarlet Nexus, the game now has a 30% discount, meaning now is a great time to try it out if you haven’t yet done so. Though in case you need more convincing, Scarlet Nexus received fairly high reviews. In fact, in our review, we said that the game had a great story and memorable characters, complete with engaging, fast-paced combat.

Next is Yakuza: Like a Dragon, the latest entry in SEGA’s long-running Yakuza series, though it trades the series’ signature beat-em-up action for a turn-based RPG system. While it may be a major departure from the series’ standard formula, Yakuza: Like a Dragon is still an incredibly fun game thanks to its funny characters, entertaining story, and loads of mini games. As a big fan of the Yakuza series, I would even say that Like a Dragon is in my top 3 in the whole series!

The original Persona 5 release was already an incredible game, and Persona 5 Royal manages to improve on it even more! Aside from introducing a significant story addition, Persona 5 Royal also features new characters, areas, and more. For players who have already finished the original, Royal is still very much worth playing.

13 Sentinels: Aegis Rim may not be part of a popular franchise like Yakuza or Persona, but it is a game that you shouldn’t miss, especially as it’s on sale for 50% off. This game is genre-bending title that combines side-scrolling adventure and real-time strategy, all while having a great story — it even got nominated for Best Narrative at last year’s Game Awards.

Finally, we have Ace Combat 7: Skies Unknown. At 80% off, there’ no reason not to try this game out, even if you’re new to the series! Thanks to its crazy storyline, impressive graphics, and exciting aerial combat, Ace Combat 7 will provide hours and hours of thrills, especially if you have a PSVR as the game has a VR mode.

The Tokyo Game Show Sale is live now until October 4, 2021. Check out all the available deals at the sale on the PlayStation Store.