Grand Cathay joins Kislev as one of the new playable factions in Warhammer 3. 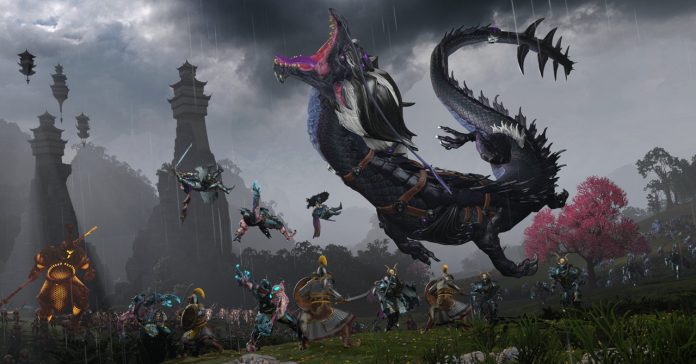 After the reveal of Kislev back in May, SEGA and Creative Assembly have finally given us our first look at Grand Cathay in Total War: Warhammer 3. Along with Kislev, Grand Cathay is one of the two new playable factions (not counting the four Chaos factions) in the upcoming Warhammer game.

Check out the reveal trailer of Grand Cathay here:

In case you’re unfamiliar with Grand Cathay lore-wise, they are described as:

“Grand Cathay is a land in harmony with the world around it. Every soldier knows their place in the grand designs of the Celestial Dragon Emperor. Known as the Harmony of Stone and Steel, this perfect alignment of purpose and will expresses itself in the disciplined armies of the Dragons.”

As for how they play in the game, Grand Cathay’s armies is defensive in nature and are built to stand their ground against enemy armies. The longer a player can maintain their armies in the battlefield, the greater the bonuses. This makes Grand Cathay a fun faction to play for more defensive-minded players.

In terms of units, the core of the Grand Cathay army is constructed around expert troops such as the Jade Warriors and the Celestial Dragon Guard. These are supported by Terracotta Sentinels, Wu-Xing War Compass and the Great-Jade Longma Riders.

Finally, Grand Cathay will be led by several hero units, including Miao Ying, the Storm Dragon and Zhao Ming, the Iron Dragon.