Enter The World Of Kislev in this new Total War: Warhammer 3 trailer

Here's a closer look at one of Warhammer 3's new playable races! 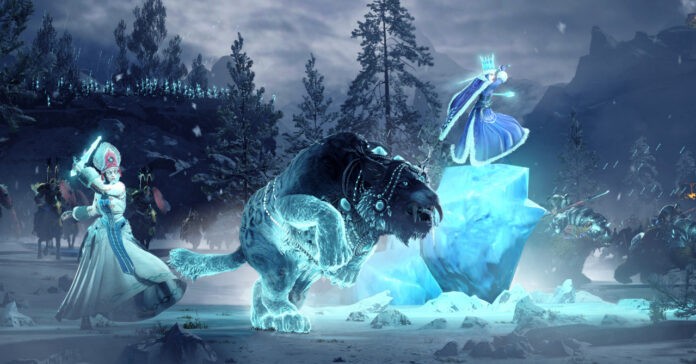 Following the recent preview for the game, Creative Assembly and Sega have released a new trailer for Total War: Warhammer 3. This new trailer highlights Kislev, one of the new playable factions in Warhammer 3.

Titled ‘Enter The World Of Kislev’, this new trailer shows off the powerful warriors and beings that inhabit the the realm of the Ice Queen. Check out the new trailer here:

Kislev is led by Tzarina Katarin Bokha, the Ice Queen of Kislev. She is one of the most powerful Ice Witches to have ever lived, and alongside her innate magical prowess, she is also proficient in hand-to-hand combat skills. In fact, she wields the magical sword, Frostfang, which can fell even mighty beasts with a single blow.

As for how they play, the Kislev army excels in drawing enemy troops in with their hybrid missile infantry. Once enemies have lost their cohesion due to bombardment, Kislev will seek to crush them in a devastating clash.

Helping Kislev are two lores of magic: Ice and Tempest. The Lore of Ice is the raw, murderous power of cold that allows for icy magic that can slow and bind enemies. Meanwhile, the Lore of Tempest grants power over weather, which gives the ability to conjure furious blizzards in battle.

Kislev are the first Total War: Warhammer 3 race to be shown in detail. Soon though, Creative Assembly will give us a closer look at the other races, including Khorne, Nurgle, Tzeentch, Slaanesh, Cathay, and some yet-to-be revealed races and secrets.

Total War: Warhammer 3 will release on PC, Mac, and Linux later this year.