Check out these new anime coming to Netflix this month 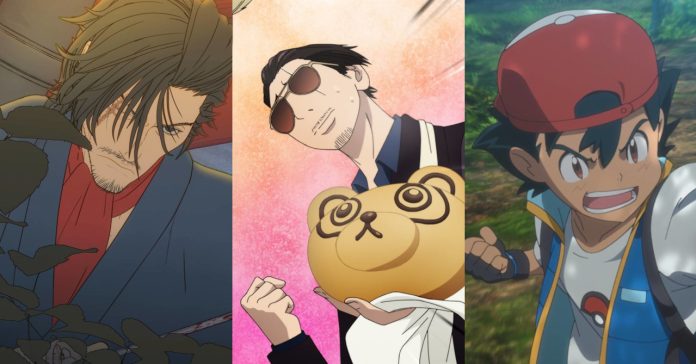 In case you’re looking for some new anime to watch at home, Netflix has you covered with new anime releases for October 2021.

The Way of the Househusband Season 1 Part 2, to Bright: Samurai Soul, here’s a look at the new anime series and movies that are coming to Netflix this month:

The Way of the Househusband Season 1: Part 2

Following the release of Part 1 earlier this year, Netflix is releasing Part 2 of The Way of the Househusband Season 1, an anime series that follows the life of Tatsu, a former legendary Yakuza member who now lives life as a civilian and a dutiful househusband.

Part 2 of the series releases on Netflix on October 7.

Pokemon the Movie: Secrets of the Jungle

Finally, we have Pokemon the Movie: Secrets of the Jungle. This is the latest Pokemon anime film, and it centers on the legendary Pokemon Zarude from Generation VII.

Released in Japanese cinemas last December 2020, international fans will finally be able to watch the latest Pokemon movie when it releases on Netflix on October 8.

Showcased during the recent TUDUM fan even, Bright: Samurai Souls is an upcoming anime movie that’s set in feudal Japan. And while it may seem like an original anime, it’s actually set in the same world as Netflix’s Bright, the 2017 live action film starring Will Smith and Joel Edgerton.

Watch Bright: Samurai Soul when it releases on Netflix on October 12.

Aside from these new anime, there will also be lots of new movies and shows that are coming to Netflix this October 2021. For the lowdown on what’s new this month, watch: