Watch the eternal enemies face off for control of the Grand Bastion. 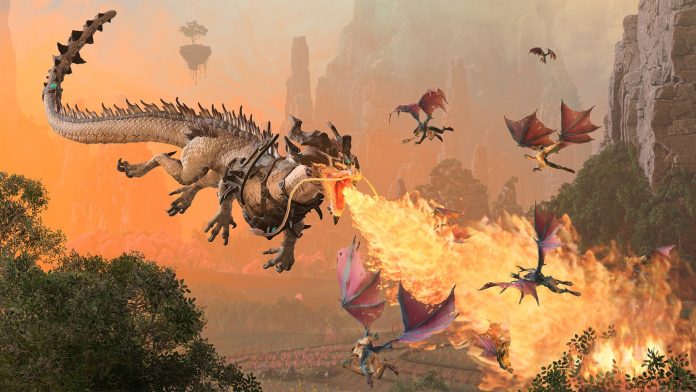 In this new 9-minute gameplay video, you can watch Grand Cathay, led by Storm Dragon, as they defend the Great Bastion against Kairos Fateweaver, Greater Daemon of the Chaos God Tzeentch, along with his hordes.

While the first gameplay showcase showed us Kislev in a survival battle, this new video features a defense of the Grand Bastion — a symbol of everlasting defiance that has protected Grand Cathay from the wrath of the Chaos Gods for millennia. The Grand Bastion is made up of three gatehouses, and it has access to its own building chains, commandments, and can even be bolstered by the great Wu Xing Compass which channels the Winds of Magic. With this, players can get great campaign and battle bonuses.

To aid players in defending this great settlement, players can make use of new features such as the ability to construct missile towers and barricades throughout the inner settlement. This adds more strategic options for players to defend the settlement as Grand Cathay.

This showcase is centered more around Grand Cathay, though Creative Assembly has promised that more information about Tzeentch and Kairos Fatewever will be revealed soon.

- Advertisement -
Previous articleREV Major is back for 2021, and it is happening on November 5 to 7
Next articleA new Splinter Cell game is reportedly in development