My Friends Are My Power! 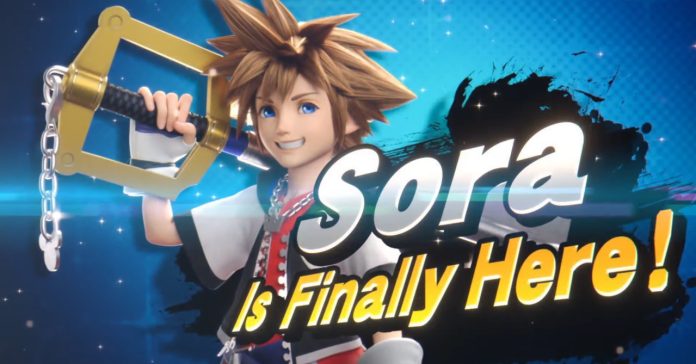 At the latest “Mr. Sakurai Presents” stream, it was revealed that Sora from Kingdom Hearts is the final DLC character for Super Smash Bros. Ultimate.

During the stream, Masahiro Sakurai showed off Sora’s moveset in the game. In gameplay, Sora is a light character, meaning he can be launched easily and should be an easy to pick up character for newer players. He also uses a sword, specifically his signature Keyblade.
Alongside his Keyblade attacks, Sora has magic attacks to boost his moveset.

As for his appearance, Sora in Smash Ultimate will appear in his look from Kingdom Hearts 1, though he will have other costumes based on the other Kingdom Hearts games.

Alongside Sora, there will also be a new stage based on Hollow Bastion from the Kingdom Hearts games, as well as 9 iconic tracks from the series. As a bonus,  Kingdom Hearts: Melody of Memory will get an extra song if they have a save file of the game on their Switch.

Sora will release in Super Smash Bros. Ultimate on October 18, 2021 as part of the volume 2 pass which also features five other characters, including Min Min (Arms), Steve (Minecraft), Sephiroth (Final Fantasy 7), Pyra/Mythra (Xenoblade Chronicles), and Kazuya (Tekken). This DLC pass is available for USD 30, though Sora, along with the rest of the Smash DLC roster, is available for purchase individually for USD 6 each.