The two figures are available for pre-order now! 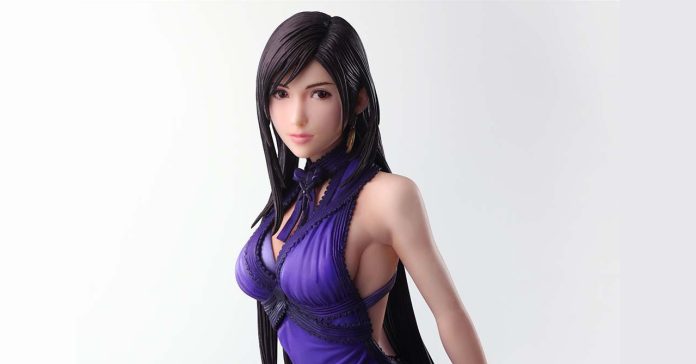 As a follow up to the Aerith Dress Version figures, Square Enix has unveiled the Tifa Lockhart Dress Version Static Arts and Play Arts Kai figures.

Similar to the Aerith Dress version figures, these Static Arts and Play Arts figures feature Tifa in her purple dress from Final Fantasy 7 Remake. While this is just one of the three dress options for Tifa in Wall Market (which can be unlocked by choosing ‘something refined’ when asked in an earlier chapter), this dress can be seen as the default option given that its style is inspired by Tifa’s Wall Market from the original FF7.

First up, we have the Static Arts figure which is a non-poseable statuette. While it only has a static pose, it is the more detailed model of the two.

Check out some detailed images of the Tifa Dress Version Static Arts here:

If you want something poseable, there’s the Tifa Dress Version Play Arts Kai figure. While you can pose and add some accessories to this Play Arts Kai version, the figure has visible joints on the arms and legs.

Here are some detailed images: