The biggest reveals and announcements at DC FanDome 2021 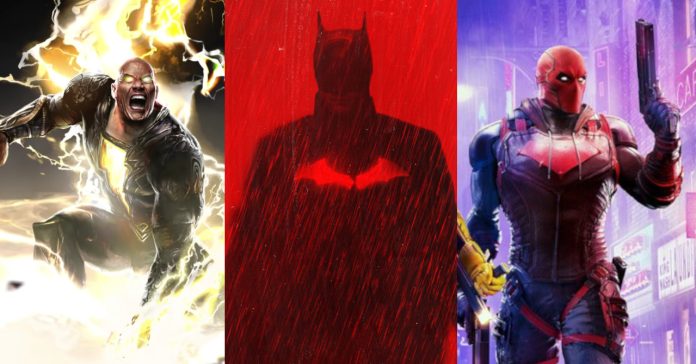 During the weekend, comic book fans were treated to lots of big announcements and trailer at DC FanDome 2021. Similar to last year’s show, the event gave fans new looks at the most anticipated movies, TV shows, games, comics, and more that are coming from DC soon.

So, in case you missed the biggest DC event of the year, here’s a quick rundown of the biggest announcements and trailers at DC FanDome 2021!

One of the most anticipated DC movies is no doubt The Batman which is directed by Matt Reeves and stars Robert Pattinson as the Dark Knight. While this is not the first Batman trailer (there was one during last year’s FanDome), this new main trailer gives us a more action-packed look at this new take on the Caped Crusader.

Aside from showing off jaw-dropping action scenes, the trailer also heavily features Zoe Kravitz as Selina Kyle (aka Catwoman).

While we’ve known of Dwayne Johnson’s upcoming Black Adam movie, the recent FanDome event finally gave us our first look at this highly-anticipated superhero film. Aside from showing off Johnson as Black Adam, the trailer also features the other members of the Justice Society of America.

Another DC film that got a trailer at the recent event is The Flash. Set in the DC Extended Universe, this Flash movie features Ezra Miller’s version of Barry Allen as he travels back in time to prevent his mother’s murder, but as expected, there are massive consequences. In fact, the movie will feature multiverse shenanigans as it will feature both Ben Affleck’s and Michael Keaton’s Batman.

The Flash is scheduled to release on November 4, 2022.

Peacemaker was a scene stealer in James Gunn’s The Suicide Squad, so much so that he is getting a spin-off series of his own on HBO. While we’ve known about the Peacamaker series for some time now, this year’s FanDome finally gave us our first look at the upcoming show through its first official teaser.

Aside from the upcoming Batman live action film, fans of the Dark Knight were treated to more great news as DC released the first glimpse at Batman: Caped Crusader. This upcoming animated series is created by Bruce Timm, J.J. Abrams, and Matt Reeves, and it will offer a reimagining of the Batman mythology.

After its initial reveal at last year’s FanDome, we finally have our first in-game look at Suicide Squad: Kill the Justice League through the game’s first official story trailer. While it’s not exactly a gameplay showcase, the trailer does give us more story info, and it shows off some in-game footage (which look quite good in our opinion).

Suicide Squad: Kill the Justice League is set to release on PC, PS5, and Xbox Series X|S sometime in 2022.

Another upcoming game that got a new trailer at DC FanDome is Gotham Knights. Specifically, the game received a new story trailer which focuses more on the Court of Owls.

Want to see the full version of the event? You can watch the full DC FanDome stream here: