Demon Slayer fans will have fun with this nice, but typical, arena fighting game. 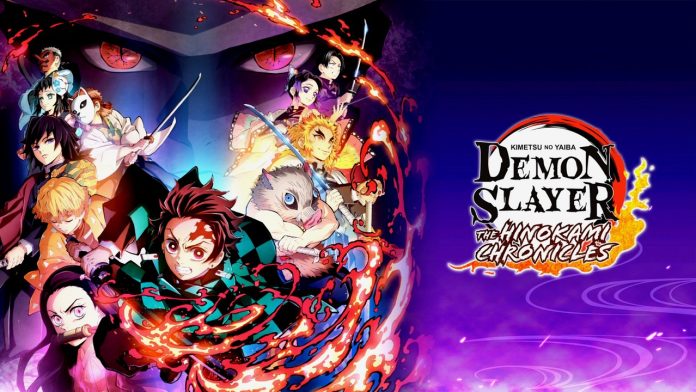 There is no need for further explanation regarding how popular Demon Slayer: Kimetsu no Yaiba is given how much it took the anime community by storm when its first season came out in 2019. In fact, it’s fair to say that it’s the Naruto or Bleach of this era (though opinions may vary).

So, there is no surprise that the series finally gets a video game adaptation, and who else to do the job but no other than CyberConnect2 — the same guys that brought us the Naruto Ultimate Ninja Storm series of games, and they now give us Demon Slayer: Kimetsu no Yaiba – The Hinokami Chronicles. As expected from a CyberConnect2 anime game, The Hinokami Chronicles features a signature story-mode based on the anime and over-the-top arena fight that is enjoyable to play.

With that being said, Demon Slayer: Kimetsu no Yaiba – The Hinokami Chronicles is still far from perfect, as it also has the same rough edges that CC2 titles have. 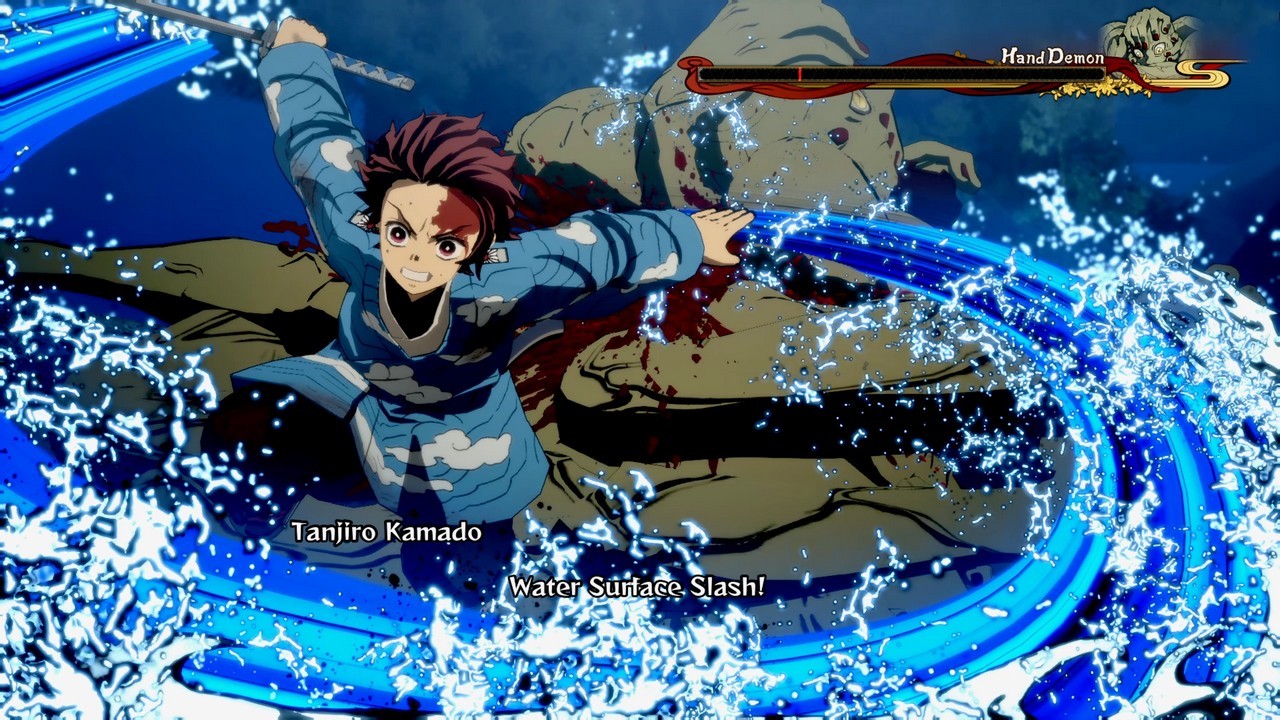 If you watched or read the manga, you’ll all be familiar with everything happening in this demon-plagued Taisho-era Japan of Demon Slayer since The Hinokami Chronicles retells the whole first season till the Mugen Train arc of the anime. But the story is just a collection of excerpts from the series, as the game only shows key events from the first season, enough to introduce characters and be familiar with the premise.

To be fair, most players of the game will probably appreciate this, especially as most of this game’s player base likely knows the story of the series already (at least up until the Mugen Train arc).

This does mean that if you are a newcomer, The Hinokami Chronicles isn’t the best introduction to the series. Though there is at least a fully voiced (in both JP and EN) recap video of the show on each chapter. Still, we recommend that you watch the anime first before jumping into this game if you haven’t seen it yet. 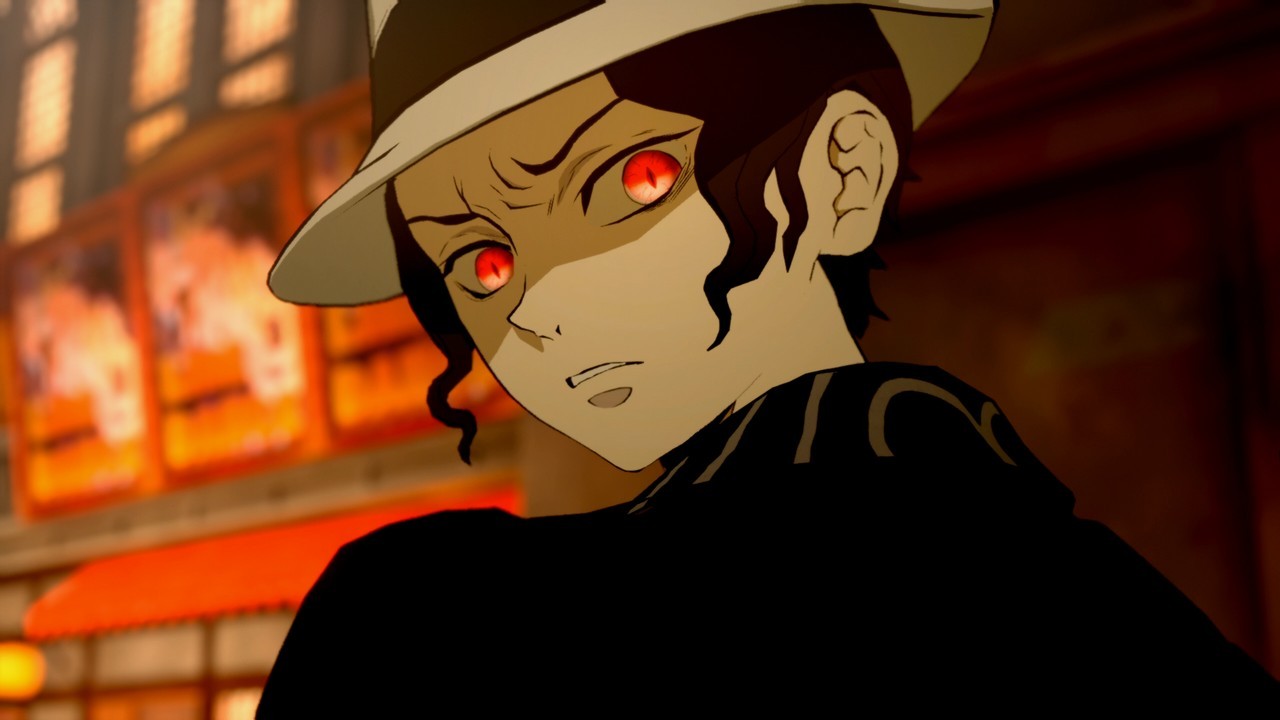 Another nice thing regarding its story mode is that the in-game rendition of Demon Slayer’s world is done right, with the game having a nice visual flair, all while staying true to the anime aesthetics. Unfortunately, our demon-hunting journey around Taisho-era Japan is not the most remarkable field trip that you will experience.

Slow stroll in the Park 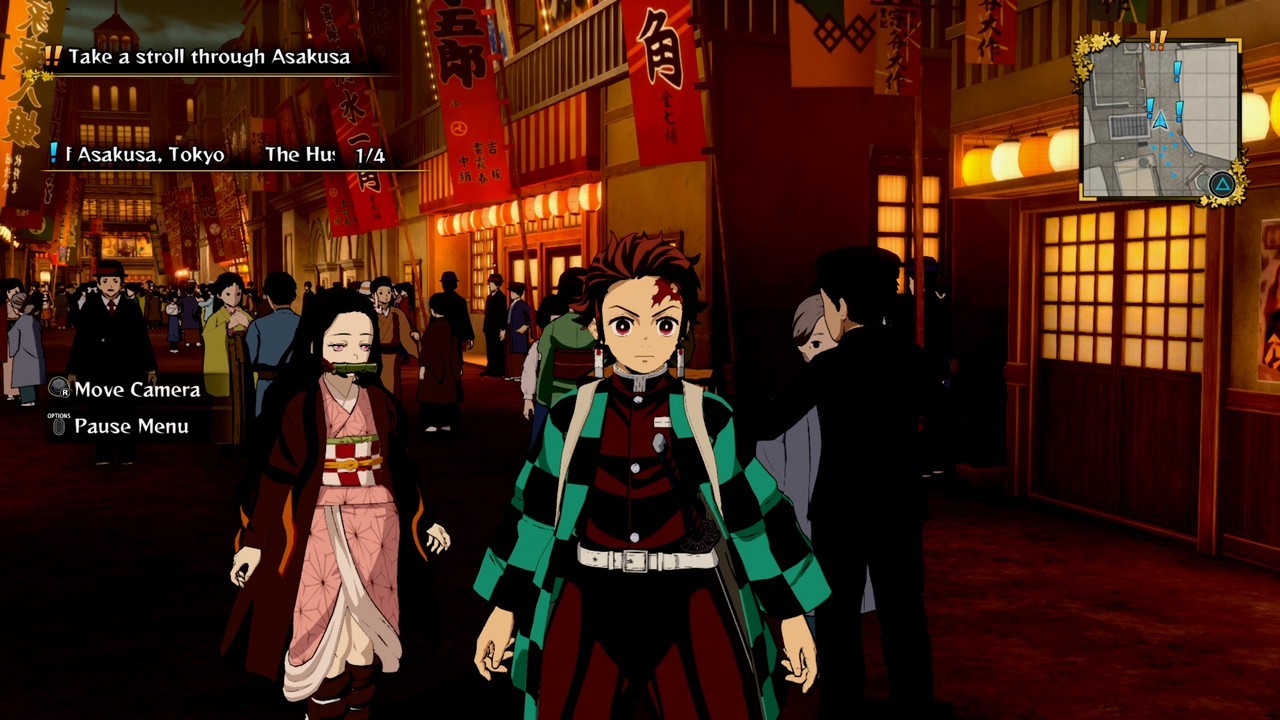 Since we’re all familiar with CC2’s Ninja Storm games, I didn’t expect much from The Hinokami Chronicles’ single-player mode, considering the main highlight of the game is its arena fight. Regardless, I was ready to be surprised at what innovation they could put in the single-player mode. Unfortunately, traversing every town or mountain feels like a tedious task rather than an epic journey of demon-slaying. Sure, the game is beautifully rendered, and every scene projects that nice anime feel but when it comes to exploring the map, it lacks engagement. 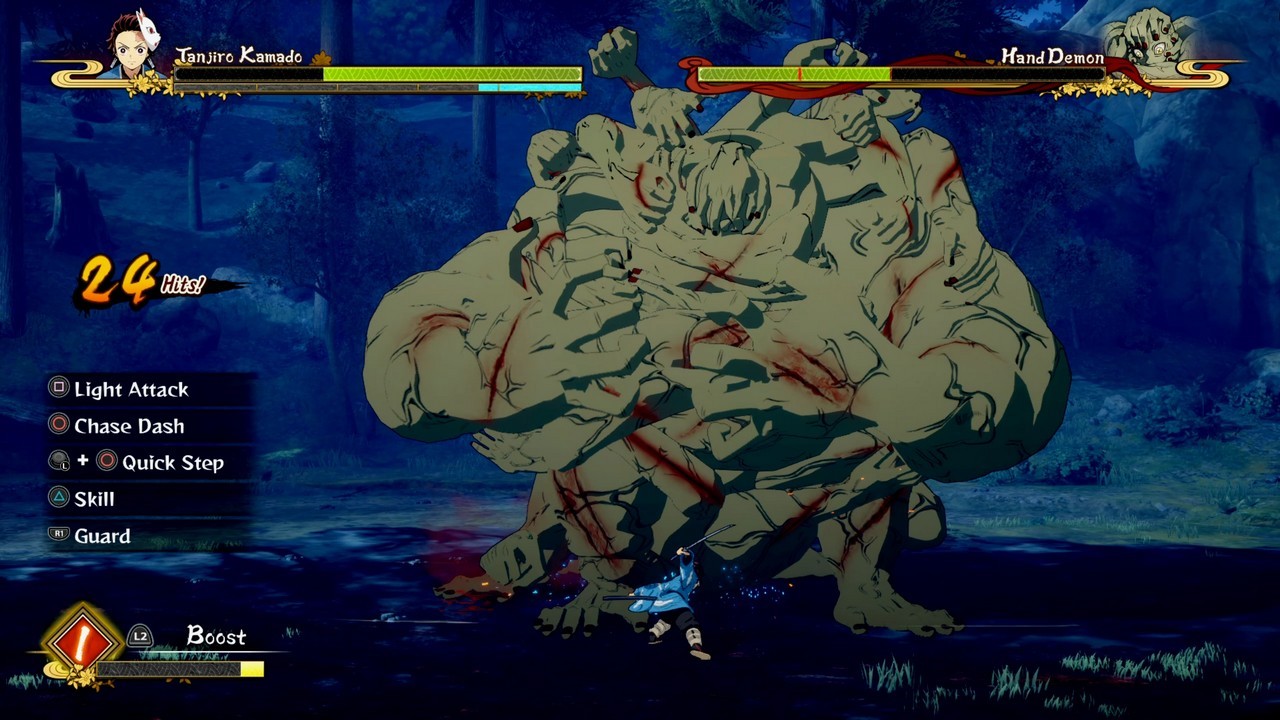 All chapters have a linear map that you must traverse to reach each chapter end, and the only engagement that you can do is to pick up shiny stuff scattered around while working your way to the endpoint. Some maps do have NPCs, but they provide next to nothing to the gameplay except for the occasional interaction that you must do to finish a side mission; and these side missions are more of a distraction before you reach an end boss.

They did put some investigation mechanics to the gameplay, but again, it feels stale considering it only involves Tanjiro’s keen sense of smell, and its only purpose is to lead you to the end of the map. Each of the eight chapters do have their own unique gimmicks like illusory walls, but they’re more of a repetitive obstacle than a unique feature and gets old early.

It feels like the sole purpose of the single-player mode was to extend the gameplay and to have players obtain every unlockable and character in the current roster. Though, to give the single-player mode credit, the fight with every end boss feels quite nice as there is enough chaos happening in the small arena to make for a fun time, especially when you have to fight multiple bosses at a time.

I studied the blade and breathing 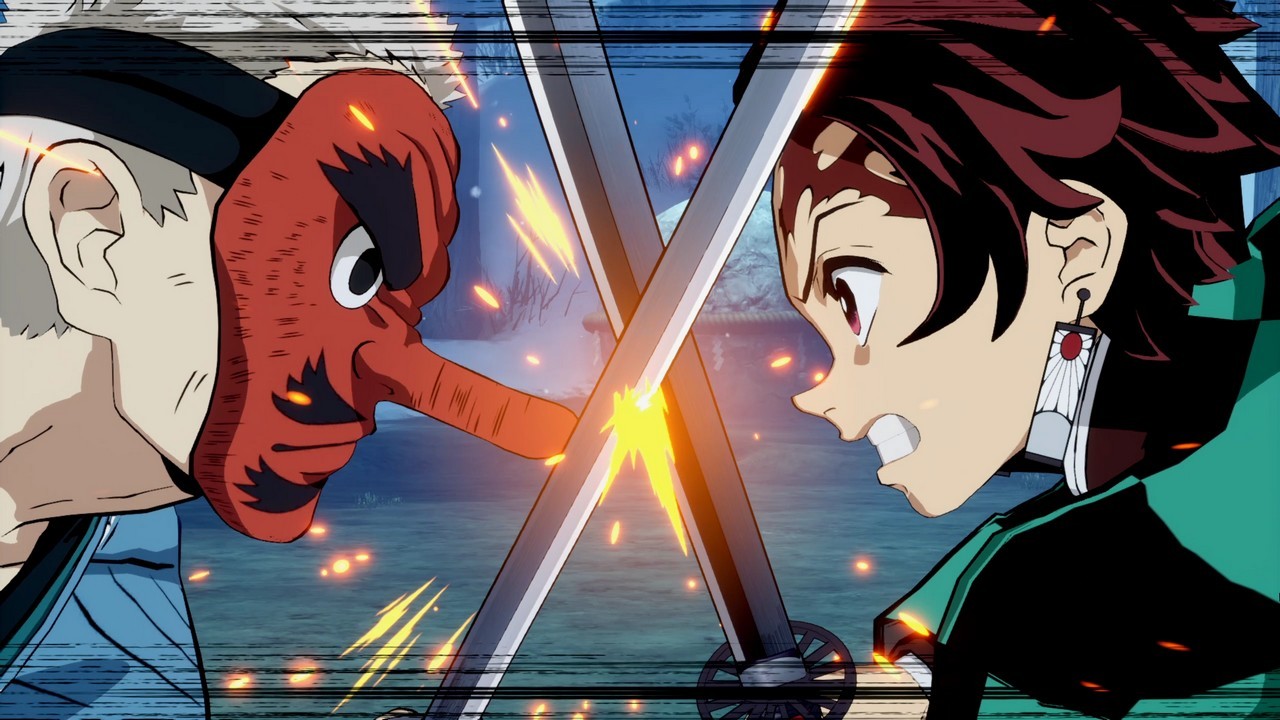 After unlocking everything in the single-player mode, you can finally play the best part of The Hinokami Chronicles — its 2v2 arena fight. CC2 uses signature simple but fast-paced combat system for this game (as seen from their previous titles). The combat button mapping is still simple and easy to learn, but it doesn’t mean that there is no complexity to it. It does have a small learning curve, but it’s not too complex for newcomers to learn, though randomly mashing your buttons is not recommended as it will register the last command to your character, making you vulnerable to attacks if you miss.

Combos can be done by chaining or canceling mid-attack, and pulling a complex combo feels so rewarding as the animations look superb. You can also enter two power-up states called the Surge and Boost, and both add power and extra swings to your character. Although it feels like the balance is thrown away when a character enters either power-up state since they can obliterate you with a few swings, and on top of that they don’t easily flinch from your usual attacks. But no matter what I feel about the Surge and Boost mechanic, it’s still fun to turn the tide of a fight in a pinch. 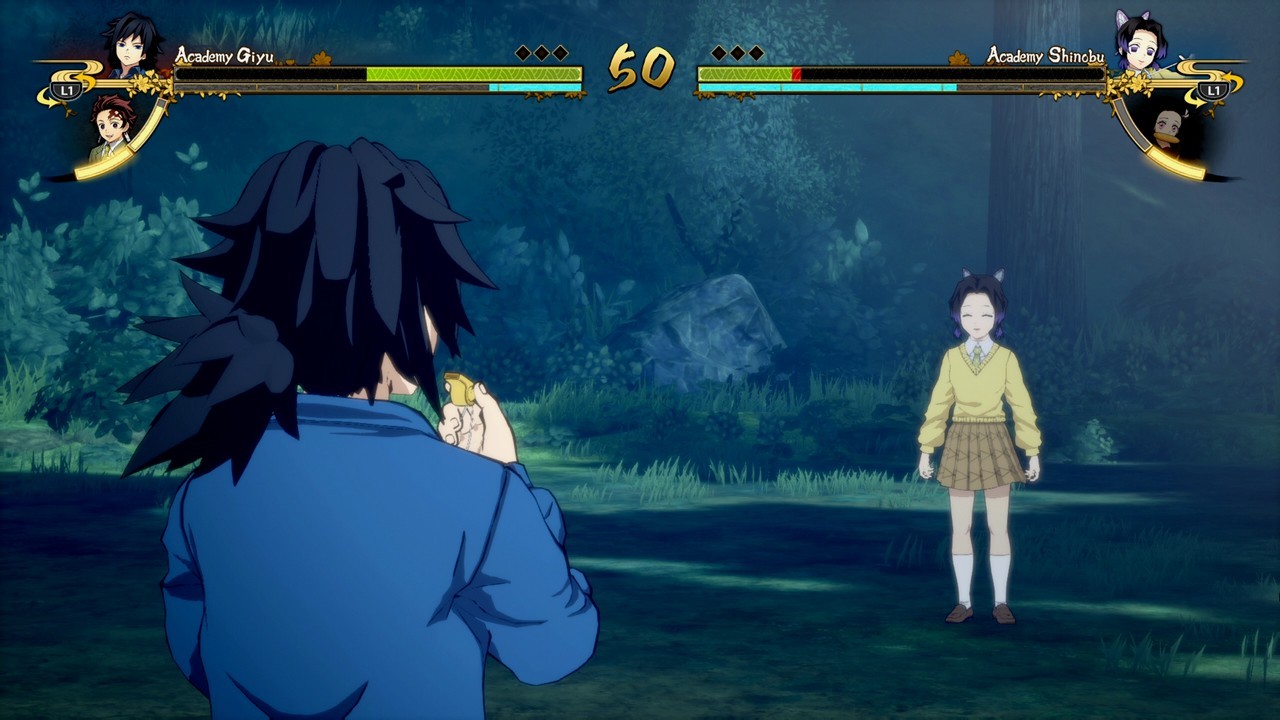 Since breathing is essential for the characters in the anime to perform their unique attacks, the game introduces the combo gauge. This combo gauge is an integral part of performing huge attacks and combos. As you deplete this gauge, your character will stop performing attacks, so keep your eye out for the gauge, and an occasional recovery on each combo is a must for your character to “breath”. Once you master the combat system, you can just marvel at the spectacular animation of the characters’ special moves and ultimate attacks.

Unfortunately, another thing that makes the game a shorter experience is the number of characters in the initial roster, making the arena fight and combat system feels a bit repetitive. Once you master each character, you’ll eventually find yourself playing the same characters, so this leads to a fun but short ride. But the good thing is The Hinokami Chronicles will eventually receive free updates which will including new characters. 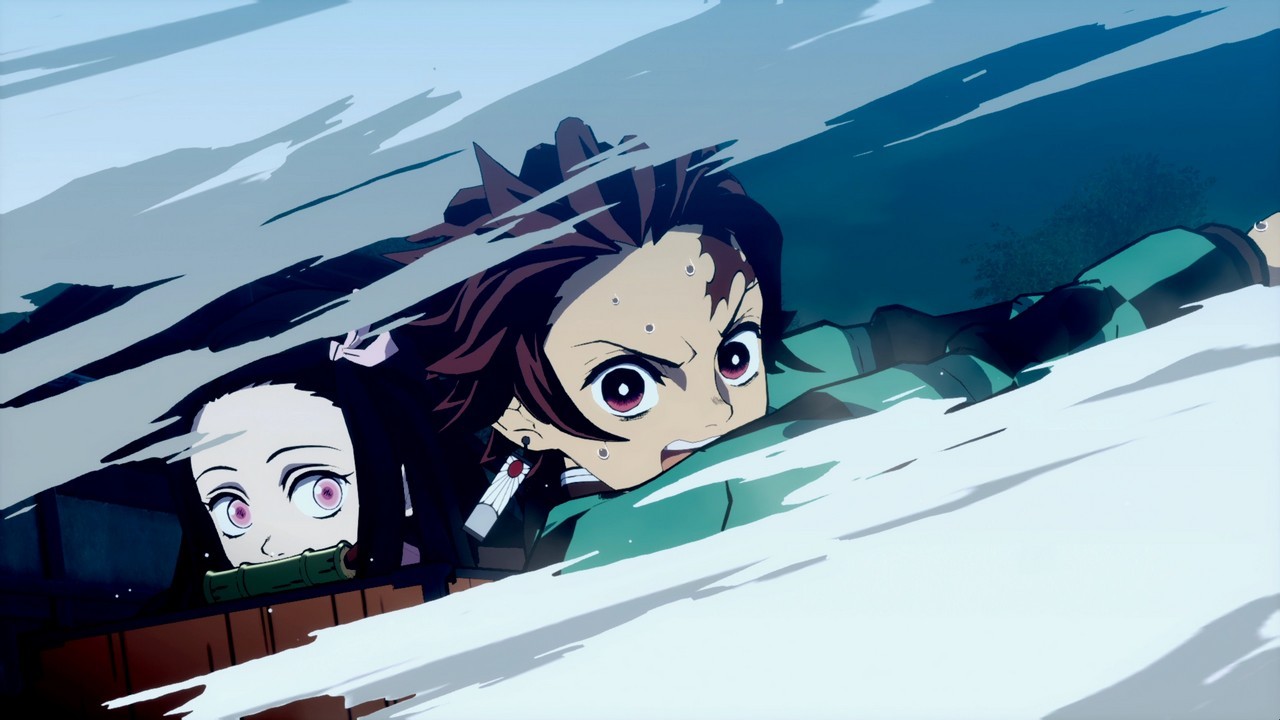 Demon Slayer: Kimetsu no Yaiba – The Hinokami Chronicles captures the same look and feel of the anime seriesm letting you perform the awesome breathing techniques of the demon slayers. Unfortunately, the rather short-lived single-player mode is not engaging enough to add flair. Plus, CyberConnect2’s signature arena fighter design may not appeal to many audiences. Not to mention the initial roster is too small, which may lead to some dropping the game too early before the promised update arrives.

Regardless of these glaring issues, Demon Slayer: Kimetsu no Yaiba – The Hinokami Chronicles is still a fun game to play for die-hard fans of the anime, and we expect that this is just the first of many Demon Slayer games to come.

This game was reviewed on a PS4 via a code provided by the publisher.

Interested in getting the game? Demon Slayer -Kimetsu no Yaiba- The Hinokami Chronicles is available now on PC, PlayStation, and Xbox One.

In the Philippines, physical copies of the game are now available on PlayStation 4 & PlayStation 5. There’s also a Limited Edition version which comes with a Original Figurine Device Stand. Find out more about it here.