Arcane is one of the best shows of the year! 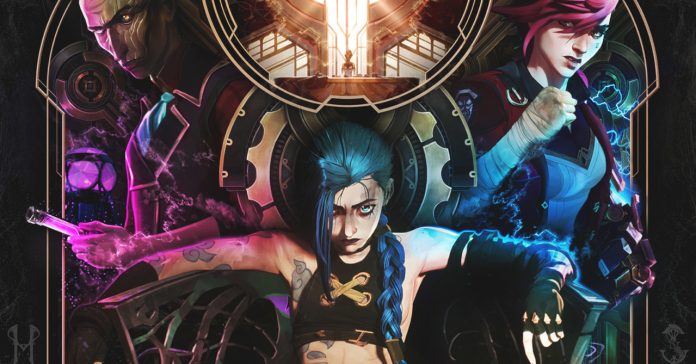 Ahead of the premiere of Act 1, we were able to watch the first four episodes of Arcane, and what we saw impressed us. This is thanks to the series’ impressive animation and storytelling (among many other things). Of course, watching the first four out of nine episodes is not enough to fully give the show a proper, final verdict.

Finally, Arcane season 1 is now complete, and after having seen the final three episodes, we can safely say that Arcane has stuck the landing and is easily a must-watch!

Now, before you proceed with this final series review, we recommend that you check out our initial review as we’ll be referring to our initial impressions of the series here.

As we’ve mentioned in our initial review, Fortiche Productions (the French animation studio who made Arcane) did an excellent job with the series’ initial episodes. While we were already impressed with the animation of the first act, the final act managed to top it.

Without spoiling what exactly will happen, there are several fight scenes in Arcane Act 3 that had our jaws on the floor. It’s tough to explain without spoiling what happens, but take it from us, the inventiveness of the animation style and techniques that Fortiche Productions used in the final 3 episodes are just a sight to behold. In fact, some of the sequences reminded me of Spider-Man: Into the Spider-Verse in how impressive they are. Of course, I don’t mean that Arcane has that comic-book style, but it’s on the level of Spider-Verse in terms of creativity.

The animation is great not just in fight scenes though, but also in more dialogue/story-heavy moments. The characters just feel alive in the show, most especially Jinx. As you may have already seen in Act 2, Arcane has a creative way of showing Jinx’s “crazy” side, and this is amped up even more in Act 3, enhancing the impact of certain scenes.

Even for the animation and art style alone, Arcane is required viewing in our opinion. But what makes it even more compelling to watch is the captivating cast of characters.

Arcane features a large cast composed of both new characters, as well as existing League of Legends characters (albeit younger). While Acts 2 and 3 introduces a lot more characters, all of them in our opinion are great in terms of how they are written, as well as the performances of their actors.

The characters on their own have distinct personalities, but they truly shine when paired or teamed up with others. For instance, Cailtyn and Vi are simply a delight to watch whenever they’re on screen, as well as Vi and Jinx (Vi and everyone honestly). But aside from these established pairings, there are some interesting moments throughout the final episodes when character you don’t expect share the screen.

In Arcane, the characters are consistently written, meaning their choices throughout the series makes sense. Though the quality of the writing isn’t the only reason why the characters work; the voice cast also had great performances all around.

It’s tough to single out which voice actor did the best, especially as all of them were great in their roles. Though if I had to choose, I’d say that Hailee Steinfeld as Vi and Ella Purnell as Jinx are the standouts. Even though these actresses are more known for their feature film roles, they truly did a wonderful job brining the iconic LoL champions to life. Even though these two and the rest of the voice cast may not sound exactly like their game counterparts, you will forget all about that when you’re watching Arcane thanks to their excellent performances.

One of the things about Arcane that we praised during our initial review is the tight storytelling as everything was built up properly and just made sense overall. There was no moment that I thought that some plot points were cheap or BS.

For the final 3 episodes, Arcane’s storytelling managed to keep this level of quality, albeit with some compromises. Probably my only real complaint with Arcane’s final act is that it seemed to cram too much story in such as short amount of time. This resulted in a third act that felt slightly rushed, though this is just my personal take on the final 3 episodes.

Still, even if you agree and find the last act to feel rushed, the quality of the storytelling is still great overall. Pretty much every scene is there for a reason, making for economical storytelling where no scene drags on too much or is wasted. What makes it even better is that even with a strong core story, the show still manages to add more worldbuilding. This is a treat for long-time LoL fans, and will likely prove interesting to viewers that are new to League.

Take note though, Arcane season 1 does not exactly wrap up the story. Without spoiling what happens, the third act ends in a cliffhanger, meaning that we may have to wait for a second season to know what happens next.

Even though the story hasn’t quite wrapped up yet, Arcane’s first season is an excellent series. Thanks to incredible animation, an engaging story, and an excellent cast of characters, Arcane is easily one of the best shows we’ve seen this year. Not only do we recommend it to League fans, it’s also a must-watch for everyone, regardless if you know about League of Legends or not.

- Advertisement -
Previous article
Voltes V lands in Manila: DLC 1 for Super Robot Wars 30 is here!
Next article
Buy Once, Give Twice in Globe’s effort to revitalize the local business economy