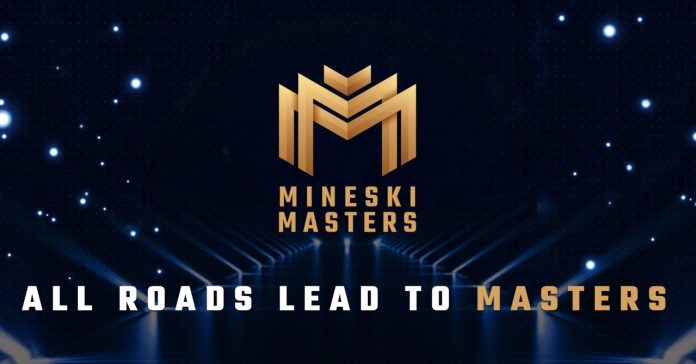 Following its kick-off last September, and after two months of intense esports action, the Mineski Masters Playoffs is now about to begin!

The playoffs for the Masters’ Dota 2 leg will happen on November 25-28 while the PUBG Mobile tournament will take place on November 13-14.

The PUBG Mobile tournament of the Mineski Masters featured a total of 128 competing teams, though only the top 16 teams will compete in the playoffs stage. These teams will face off for the championship, and for the lion’s share of the PHP 500,00 prize pool.

Meanwhile, the Playoffs’ Dota 2 regional invitational tournament features four Filipino wild card teams that will face off against four invited pro-teams from the Philippines, Thailand and Indonesia. These teams will fight to win the larger share of the PHP 1 million prize pool.

Alongside the PUBG and Dota 2 games, the Mineski Masters will also feature other activities, including a performance by singer and rapper Awi Columna. There, Awi will have his debut performance of an original song titled “Lakad Matatag.” There will also be a halftime variety show with giveaways awaiting the viewers.

“Pre-pandemic esports events attracted roaring crowds and thousands of fans in support of their favorite teams and players. While we look forward to physical events making a comeback, we wanted to display the agility of esports in catering to a rapidly growing digital viewer base. Creating the Mineski Masters was a unique opportunity for us to continue engaging with the gaming community in the comfort of their own homes, as well as exhibit the innovations we have made in the past two years in esports broadcast and event organizing,” said Mark Navarro, country manager of Mineski Philippines.

Find out more about the evet at: https://www.facebook.com/MineskiMasters.

- Advertisement -
Previous article
Save up to P1,500 by completing these #PayMayaPayDaySave Missions
Next article
Far Cry 6 DLC ‘Vaas: Insanity’ releases on November 16