Call of Duty: Vanguard Multiplayer Review | A Better Reason to Get the Game 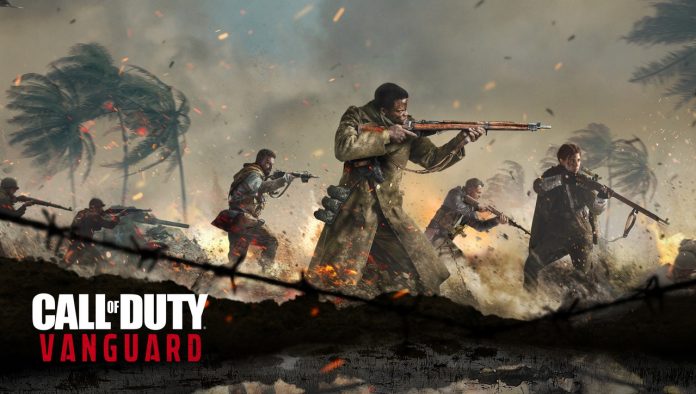 Call of Duty: Vanguard’s campaign has an impressive presentation, combined with a good performance, familiar premise, and great musical score. Unfortunately, it didn’t utilize its interesting premise, missing out on some opportunities to add to its gameplay to make it feel grander. It feels too bad considering that World War II is the series’ roots, and the series has gone back and forth to this war-torn era. It just can’t stand in the same light as the previous campaigns of the same series.

Though it lacks some oomp in its story campaign, I can’t say the same with its multiplayer because I’m having a blast with COD: Vanguard Multiplayer.

We’ve been here before 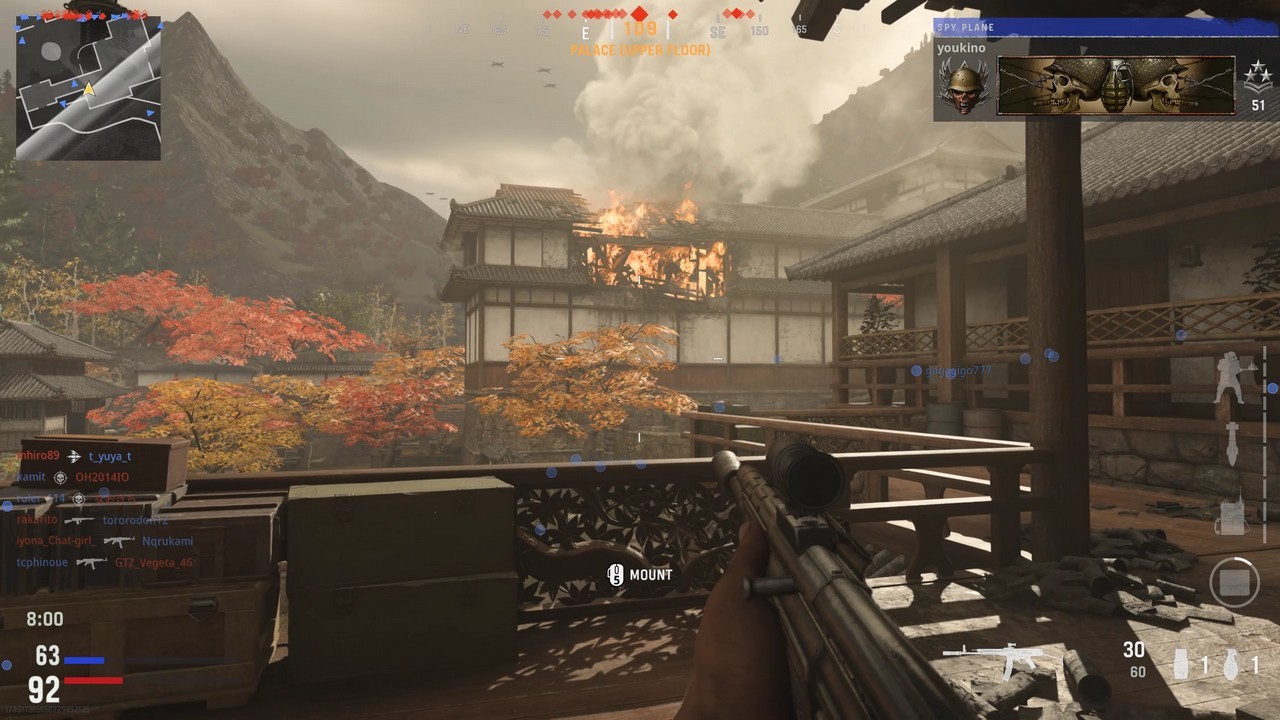 The number of maps and available game modes are large, making the multiplayer mode Vanguard’s most vital point. The chaotic game modes are also back, with Team Deathmatch, Kill Confirmed, and Domination are all here along with the new Patrol, where players must contest a moving zone to gain points and win the game. Whatever game mode you choose, there would be an explosion and gunfire left and right, so expect that same fast-paced formula with COD: Vanguard multiplayer. 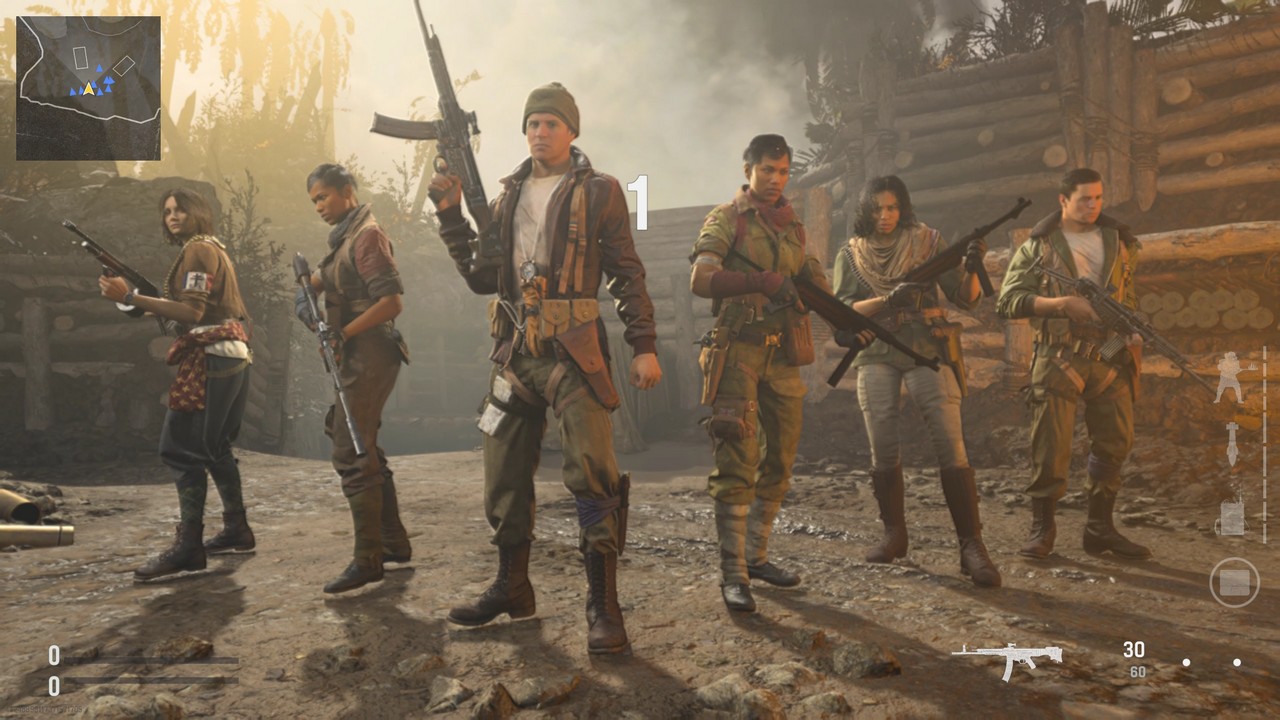 But the unique addition on COD: Vanguard multiplayer maps is the destructible objects littered around the area. Mostly, these destructible objects are walls and doors that you can shoot through or burst through by sprinting. The addition of these destructible objects can lead to a more careful approach since a reckless charge can lead to an early death. But most of the time, players usually shoot through the walls or wait for someone else to break the walls for them. Though despite the addition of these new breakable walls, when the game reaches its midpoint, it becomes quite irrelevant, considering the utter chaos happening in one match, and that chaos is not good for those who prefer the camping style of gameplay.

The Camp is on Fire 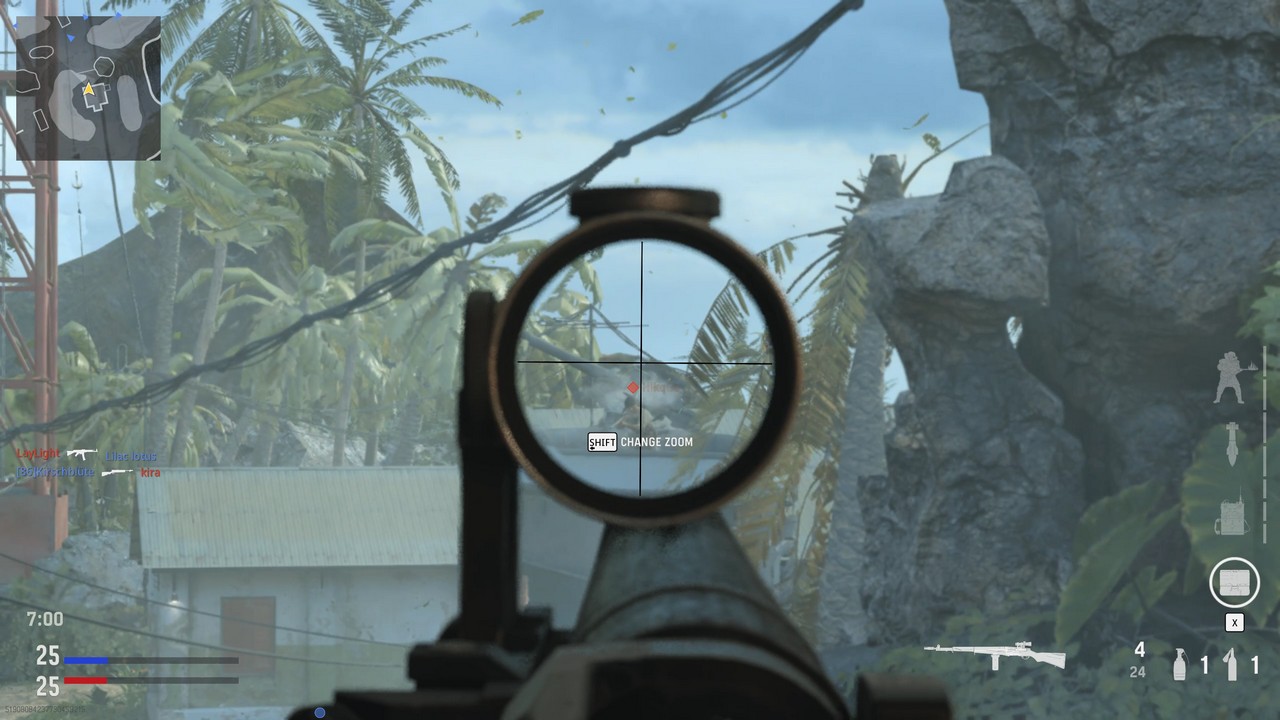 Various FPS games like CS:GO and Valorant have an abundance of players who prefer sniping the enemies from a well-hidden place, but in COD: Vanguard, camping is discouraged since player respawn are immediate and random. There is a possibility that players can spawn right near an enemy, but in some cases, getting spawn killed is also abundant (which did feel frustrating at times for me). But some killstreak bonuses like Mortar Barrage’s resulting explosion can mess up your scope vision, and the nigh-unstoppable Flamenaut can become a camper’s bane, plus some scope attachment have a visible glint that can immediately compromise your position. This means snipers are more vulnerable from the assault of the opposing team, encouraging many to play a more fast-paced approach and pickup SMGs and Shotguns, especially in small maps like Das Haus that encourage close encounters with the opposing team. 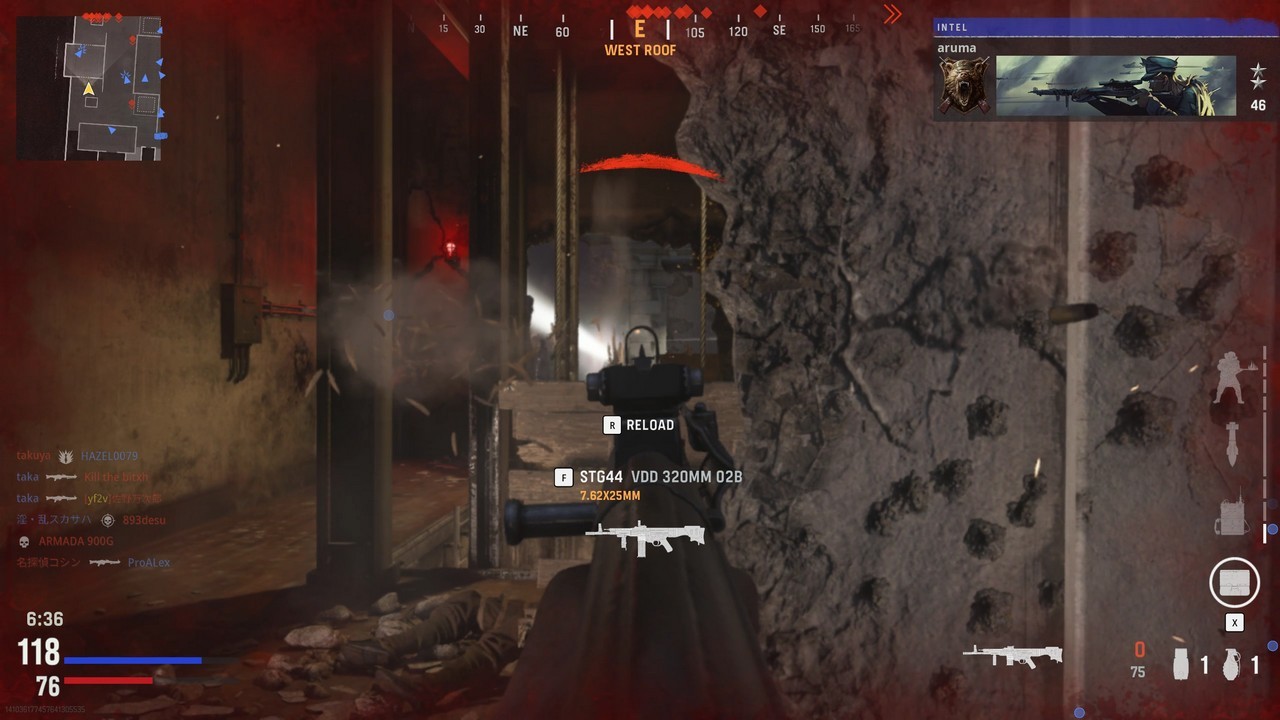 Another thing that I find some fun in the Multiplayer is the Gunsmith, as it lets players tweak and adjust their preferred weapon of murder based on their preference. The sense of customization it gives can wake up that fantasy gunsmith sleeping within you, although I won’t talk much about how realistic the attachments and if it’s all feasible in real life. Still, unlocking gun parts and working through the rank ladder is one of the most fun experiences I got from the COD: Vanguard multiplayer. 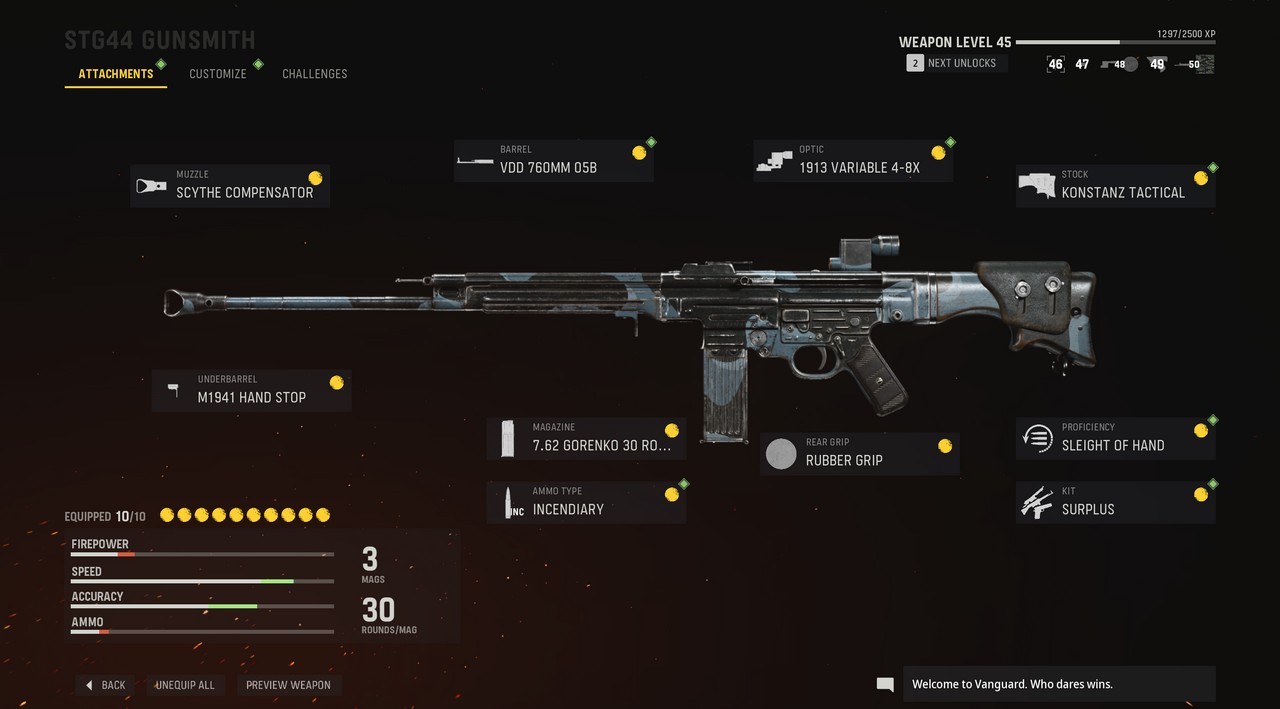 As far as the personalization of your profile and look, you can change different badges and banners on your profile page. You can also choose from different operators to control in-game, which can be unlocked through finishing challenges some familiar characters from the campaign mode like Wade and Arthur also appear as an operator (so maybe this can make up that short time in the campaign). The good part is your progress can carry over to another multiplayer game mode, meaning that any of your unlockables are can be used in the Zombies mode.

Zombies are dead (for now) 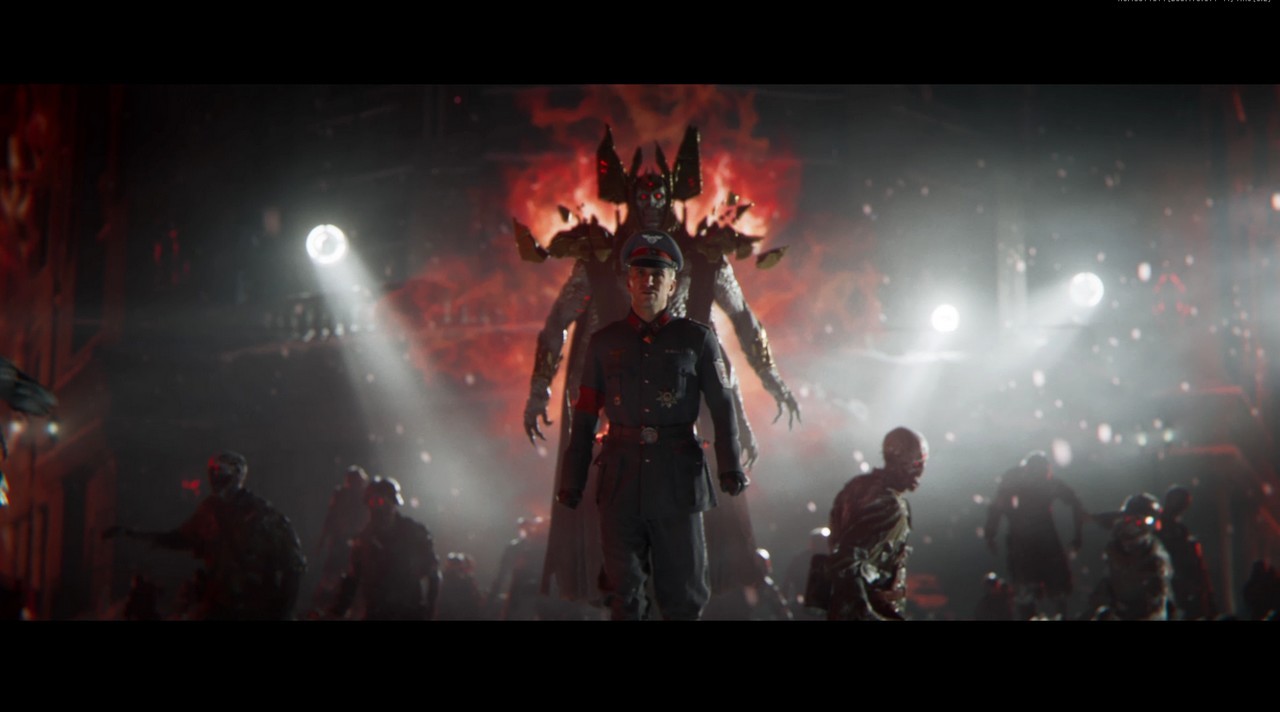 The Zombies mode also makes a comeback, but the current build feels deserted and lacks the same easter egg hunt fun of the previous entries. Comparing the Nazi Zombies from COD: WWII to Vanguard’s Zombies, this mode feels incomplete and has fewer things to do. It has no intricate puzzle to solve or story easter eggs to look around. Instead, you and the team must kill zombies in the main hub area for upgrades before entering a portal to play the actual horde mode. 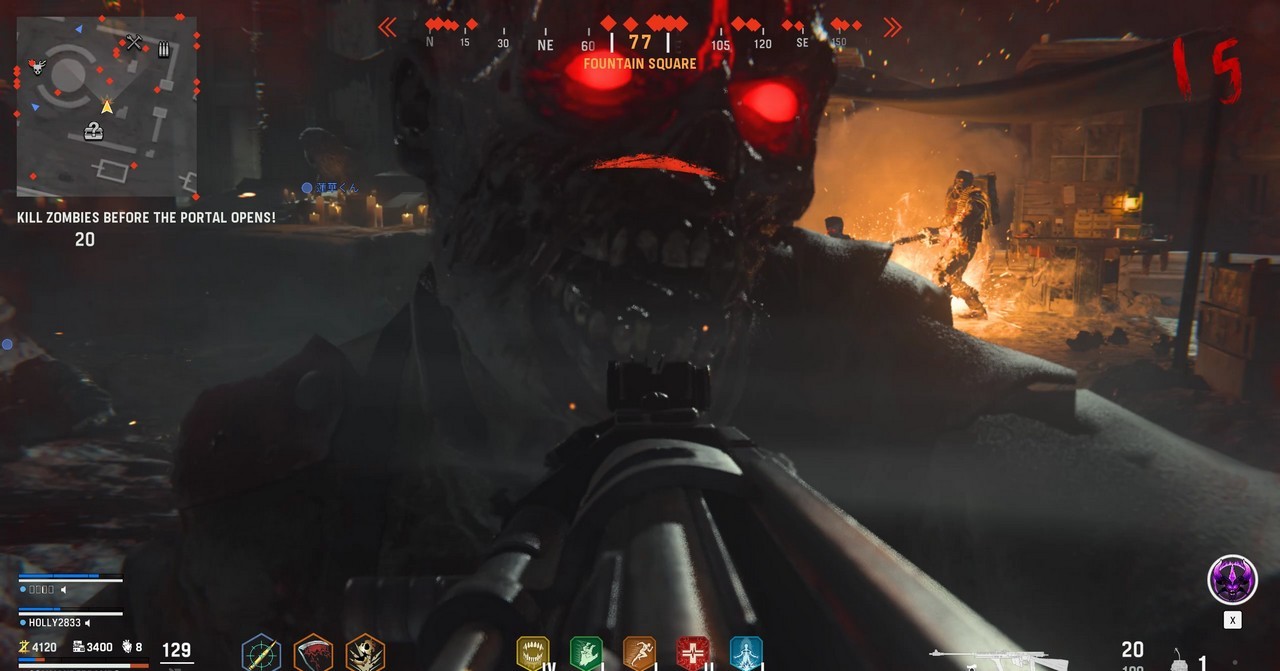 Objectives differ depending on the portal you entered, ranging from collecting runes and delivering them to a certain spot; the classic survival mode where the team must survive hordes of zombies within a time limit; and escort mission where you must stay inside a safe area while moving to point A to point B. All are streamlined and simple for newbies to understand. But like I mentioned before, the Zombies mode still lacks the elements that made this mode awesome. Plus, the difficulty is not challenging till you get beyond wave 15, so it is better to hold on to this mode before they update it in the future because currently, it’s a bit boring. Although, Zombies mode is an alternative to unlock some weapon attachments if you don’t feel like fighting other players in the PvP.

COD: Vanguard Multiplayer mode is above the campaign mode in terms of the fun factor that I got from it. It’s a fast-paced shooter that is not too complex, making it accessible for everyone, similar to previous COD Games. Some may argue that COD’s brand of FPS action can be a bit simplistic, but sometimes, some straight up FPS action is just what you need to complete your day, and COD: Vanguard multiplayer delivers just that.

With the promise of updates for future content, we can expect more from this mode and hope it will get better, especially with its Zombies mode. Though for now, a humble 7 out of 10 for its current build is the right score for us, given the fun you can get out from it.

Call of Duty Vanguard has a short and less memorable campaign mode that people may play one time. But thankfully, its multiplayer mode has enough fun gameplay that will definitely make players to stick longer on this new entry. Although, admittedly it's the same old COD multiplayer with minimal change, but you can expect more content in the future updates.Call of Duty: Vanguard Multiplayer Review | A Better Reason to Get the Game