Take on the role of the iconic Far Cry 3 villain in this DLC! 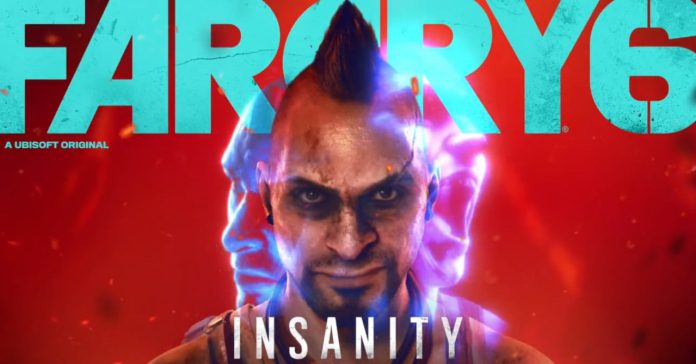 Ubisoft has announced that the Vaas: Insanity DLC for Far Cry 6 is releasing on November 16, and it lets players take on the role of Far Cry 3 villain, Vaas.

In case you missed its announcement, this new DLC will let players embody Vaas (played by Michael Mando), the iconic villain from Far Cry 3 in a unique game mode which allows them to progress into the dephts of Vaas’ psyche. In this game mode, players will experience a unique story which promises to give them a better understanding of Vaas’ past, personal demons, and motivations.

As for how it plays, the DLC will feature roguelite gameplay where players will start with just a pistol, and they must then find new weapons and unlock power-ups so that they can progress more into the story.

Following this DLC, two more episodes will be released. The second is Pagan: Control which is scheduled for January 2022, and the third is Joseph: Collapse releasing in March 2022. Both of these DLCs will also let players play as other iconic Far Cry villains.

Haven’t played Far Cry 6 yet? If you need more convincing, read our full review of the game HERE.

- Advertisement -
Previous article
Catch PUBG Mobile and Dota 2 action at the Mineski Masters Playoffs
Next article
Yupitergrad is swinging to PSVR this December!