Movie Magic at Your Fingertips 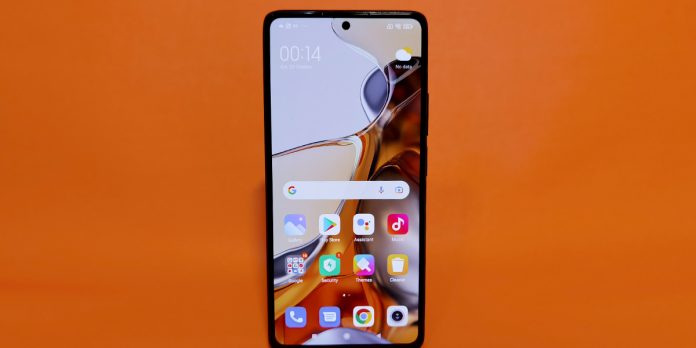 If you feel the Xiaomi 11 Lite 5G NE and the Xiaomi 11T are still underpowered for you then the Xiaomi 11T Pro is going to blow every expectation you have from powering up your games to shooting cinema-like videos. With specs like the top-of-the line processor from Qualcomm, fast crystal-clear AMOLED screen and a monster of a 108MP camera, are the tweaks and optimization made on the Pro version worth it?

That’s what we’re about to find out in this review.

If you’ve seen our review of the Xiaomi 11T, the Xiaomi 11T Pro looks and feels exactly the same. In fact, it’s 99% identical since it uses the same frame, the same size and the almost the same dimensions as the Xiamoi 11T. This was an odd direction taken by Xiaomi and when we pressed them further why they opted to do that, they gave a somewhat vague non-answer that is they wanted the Xiaomi 11T to really stand out and be the flag-bearer hence it can’t be a watered-down version of the Pro. For them the Xiaomi 11T provides a full experience and they want that to be the standard. The Pro version is there for those that need a bit more power and true videography enthusiasts to truly maximize their work. 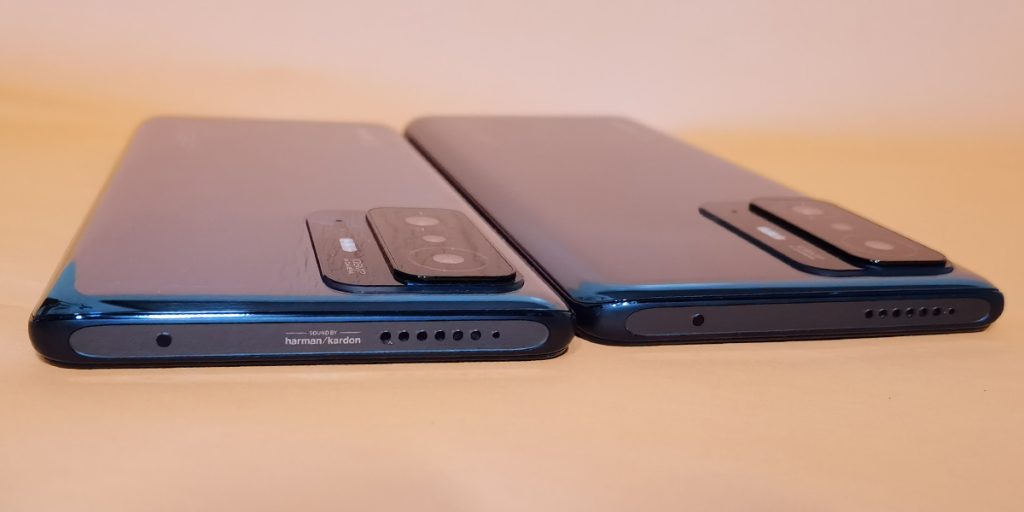 The only telling sign that the Xiaomi 11T Pro is the Pro version, aside from a bit more weight, is the Harman Kardon logo laser etched on top of the unit. This is because the audio on the Pro version was tuned by the guys from Harman Kardon. It still uses the same Dolby Atmos-capable surround speakers it’s just tuned better.

This will be a recurring theme for the Pro version as you’ll see later on.

While we wished they would have made a more obvious design differentiation, it’s somewhat refreshing for a company to make the Pro version look not as obnoxiously loud as its non-Pro version. 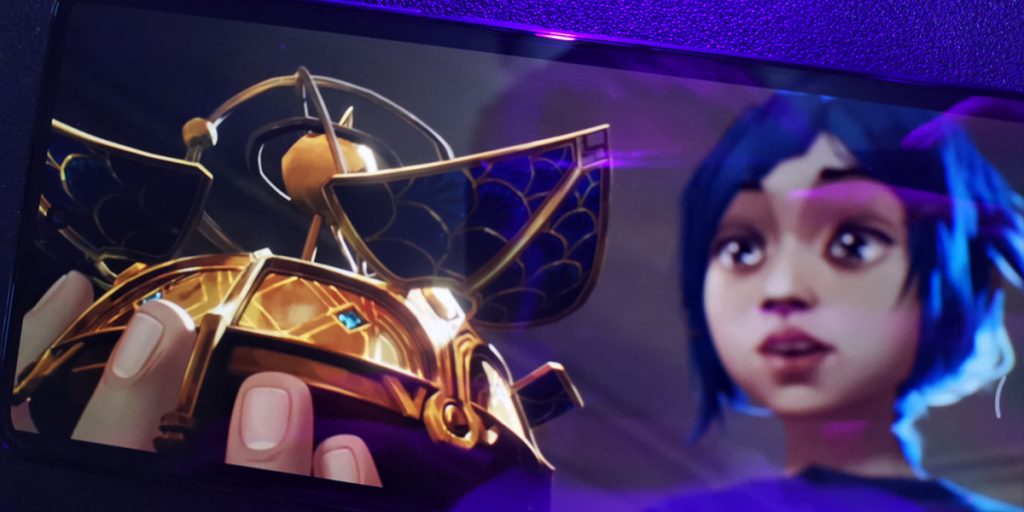 Following the Xiaomi 11T, the Xiaomi 11T Pro also is equipped with a large 6.67” AMOLED that has up to 120Hz refresh rate. The added bonus with the Pro version versus the non-Pro is the inclusion of Dolby Vision support. This proprietary standard for HDR including support for HDR10+ pretty much gives you all the HDR standard format support in the market today. This means that if you have movies or videos that are adjusted to Dolby Vision standards, you’ll get the most of it with the Xiaomi 11TPro. While the differences are somewhat nuanced to the ordinary user, the inclusion of this really cements Xiaomi’s dedication in elevating mobile videotaking capabilities as it tries to give the best tools that a budding mobile cinematographer can get with a device that you can fit in your pocket. 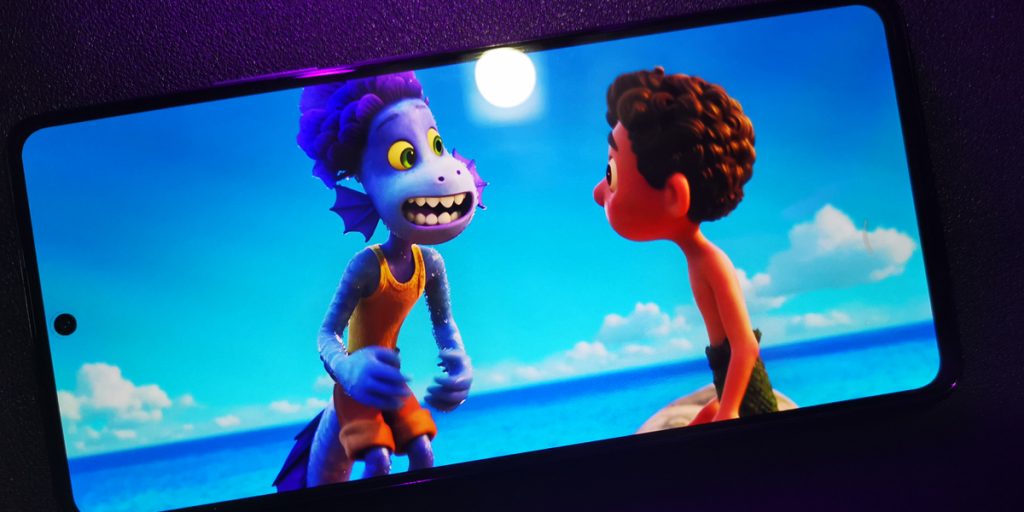 As with the Xiaomi 11T, the Pro version also has a small punch hole camera right at the top of the screen. This sometimes gets in the way when playing games but normally for watching Netflix and YouTube, you’ll hardly notice it.

Remember the Harman Kardon Dolby Atmos Surround Speakers that we talked about up top? Sounds on the 11T Pro can get pretty loud and punchy but not to the point that the speakers break up. It’s a great balance and really helps with the immersion even without the use of a headset or in-ear device. 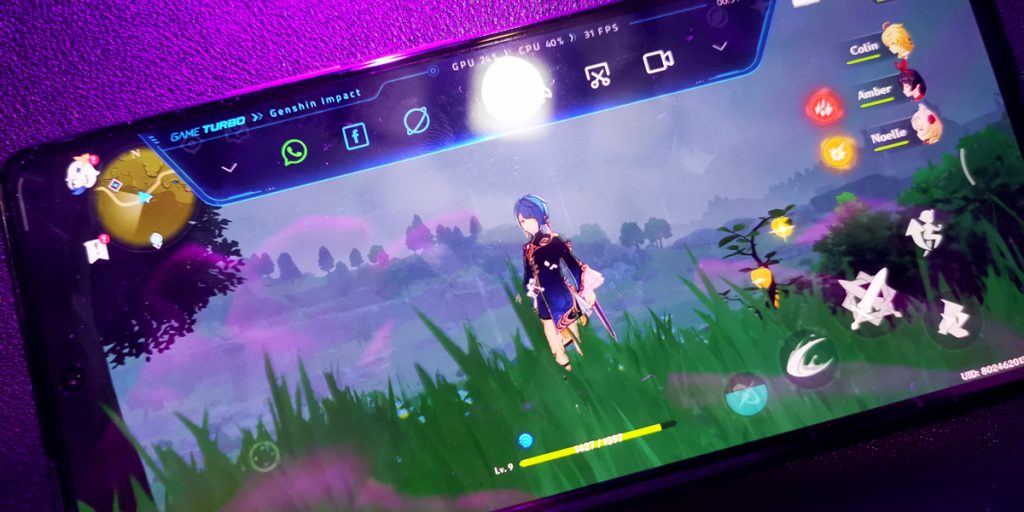 The Xiaomi 11T Pro is powered by Qualcomm’s go-to 5G flagship processor, the Qualcomm Snapdragon 888. While it may not be the clockable 888+, the 888 is no slouch of a processor. Compared to the MediaTek Dimensity Ultra 1200, the 888 adds about 20% more power for the Pro versus the Non-Pro 11T.

The processor is also the one responsible for you to capture up to 8K videos. We hardly even use 4K shooting much more 8K but it’s great to know that feature is there when and IF you need it.

That being said, gaming with the Xiaomi 11T Pro is an absolute breeze. 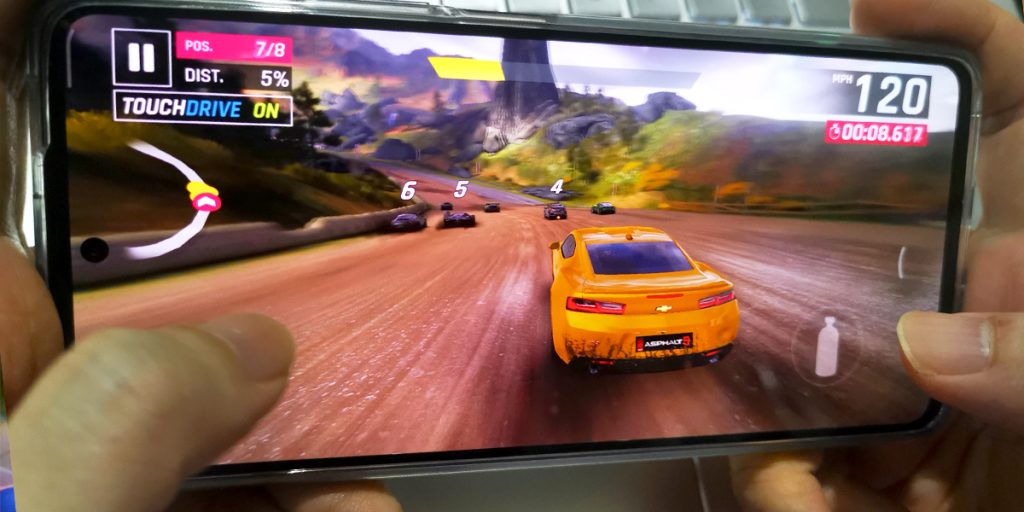 The 120Hz refresh rate makes everything buttery smooth, you can play all the games in Ultra and even when you do play for a prolonged period of hours, the phone doesn’t heat up as much as I thought it would. 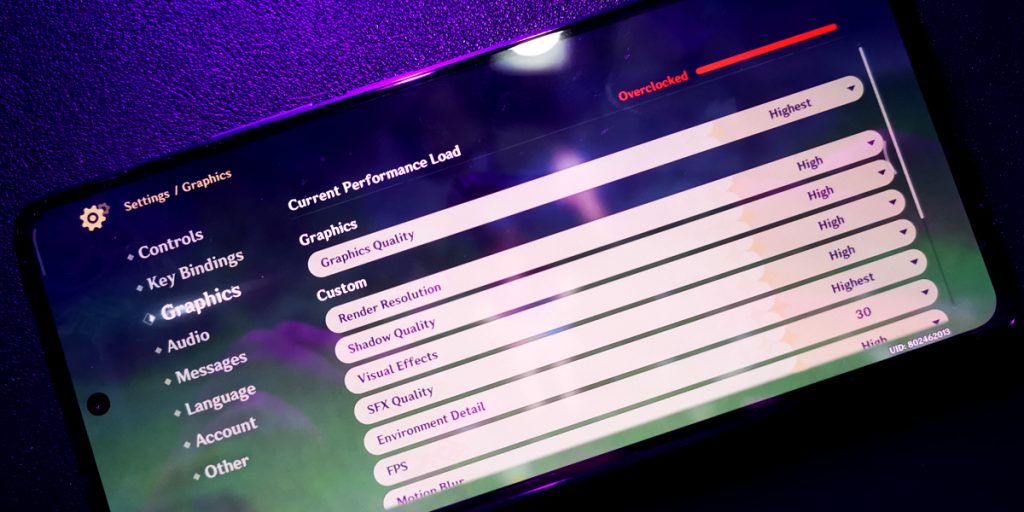 There’s also a Xiaomi proprietary game-launcher that gives you various options to optimize your gaming further. You can also check the FPS, resource usage, battery and block incoming notifications if you want to. 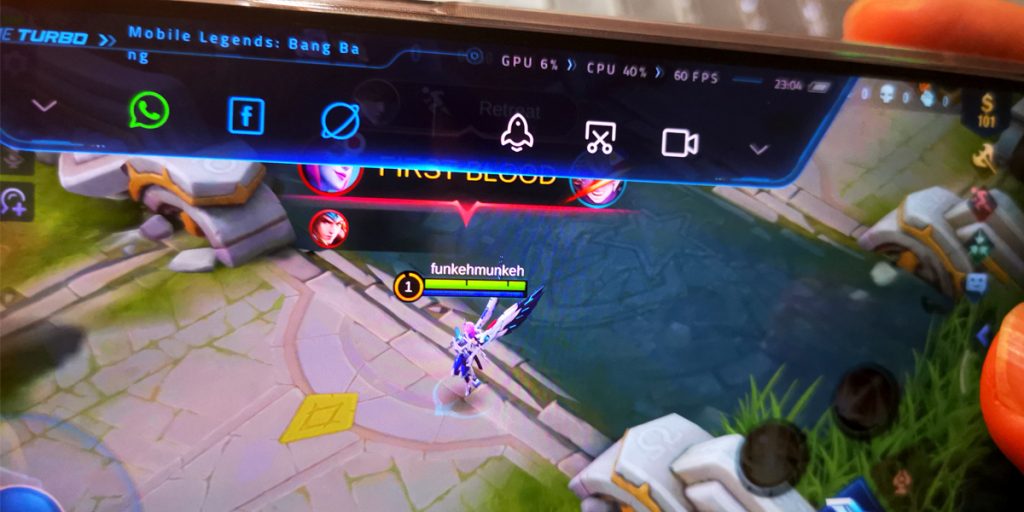 The interface is simple and unobtrusive which I really appreciate. 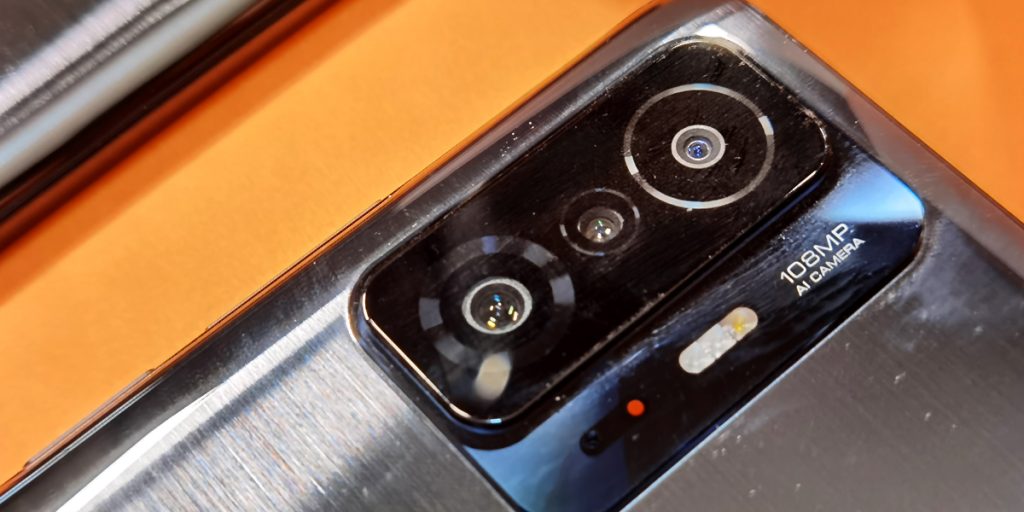 Perhaps the main draw of the Xiaomi 11T Pro, the cameras on Xiaomi’s strongest Flagship to date are amazing. Much like the Xiaomi 11T, the 11T Pro also has a 108MP main shooter, an 8MP Ultrawide Camera and a 5MP telemacro camera. The hardware on the Pro version and the Non-Pro version are exactly the same, the Qualcomm Snapdragon 888 processor however is the differentiating factor allowing you to shoot up to 8k and HDR10+ recording.

Certain filters from the proprietary cinema magic filters found on the Xiaomi 11T series (including 11 Lite 5G NE) are only available on the Pro version like the Night Timelapse. That being said, taking photos and especially videos are easy with the Xiaomi 11T Pro.

For those with not-so-steady hands like me, the software-assisted ultra-steady mode is there so it makes it seem like you’re using a gimbal when you need to do slow panning shots.

Here are some images taken with the Xiaomi 11T Pro: 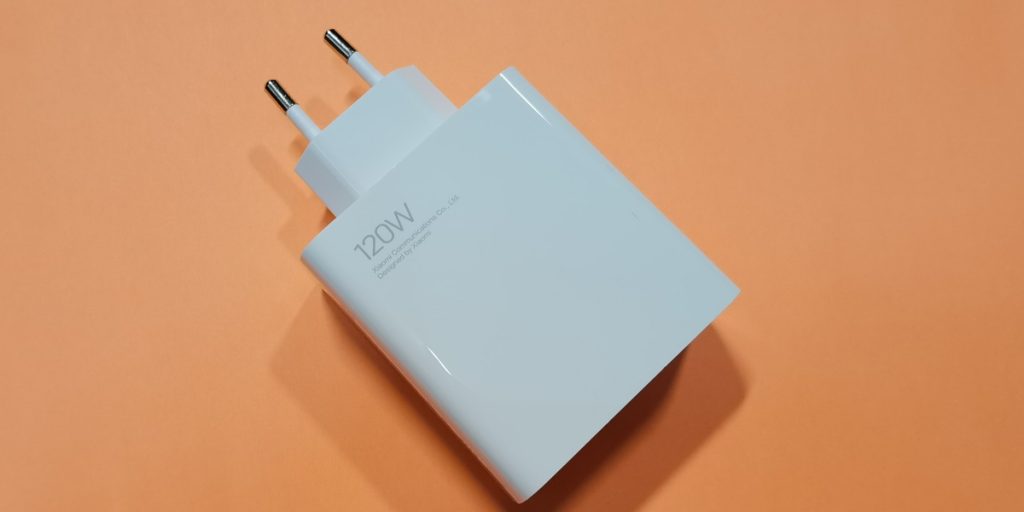 Another key upgrade to the Pro version from the Xiaomi 11T is the ultra-fast charging capabilities of the unit. We were already treated to a fast 67W Super Quick Charger from the 11T but the Pro version pushed that to insane power levels! The Xiaomi 11T Pro has a whopping 120W Super Quick Charger for insanely fast charging powering up your device from 0 to 100% in about 17 minutes time. THAT’S INSANELY FAST. 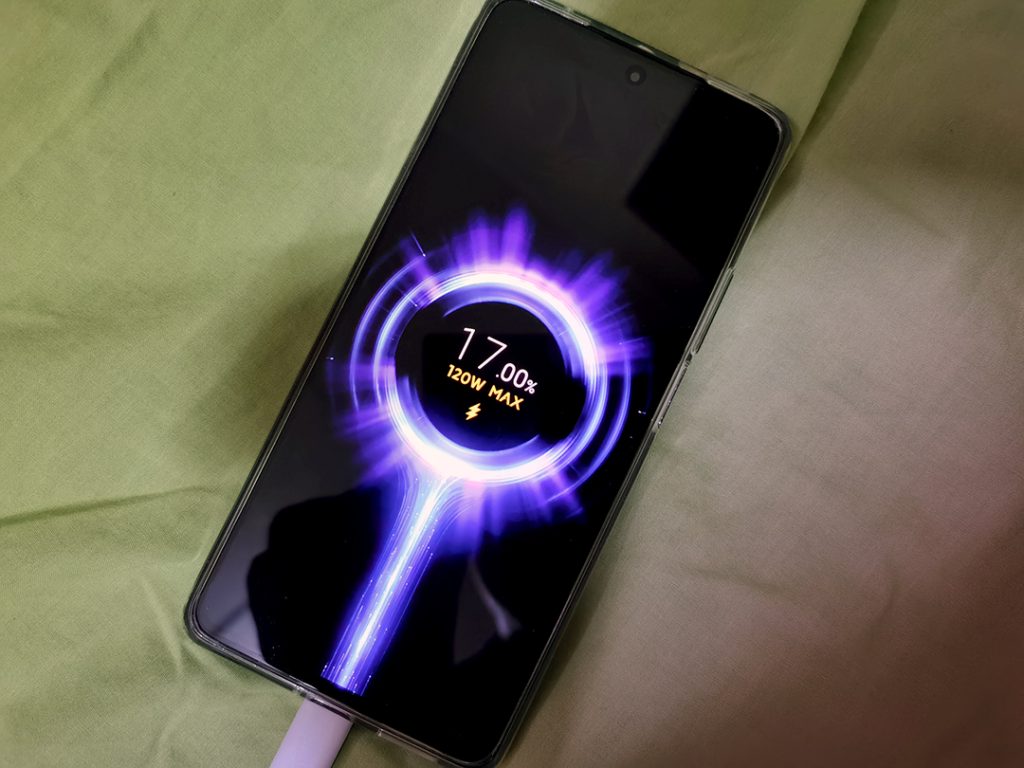 Sadly, the 120W charging capability is distinctly exclusive to the Pro version – meaning even if you use the 120W charger on a regular Xiaomi 11T, it won’t be able to fully maximize the charger’s capability. 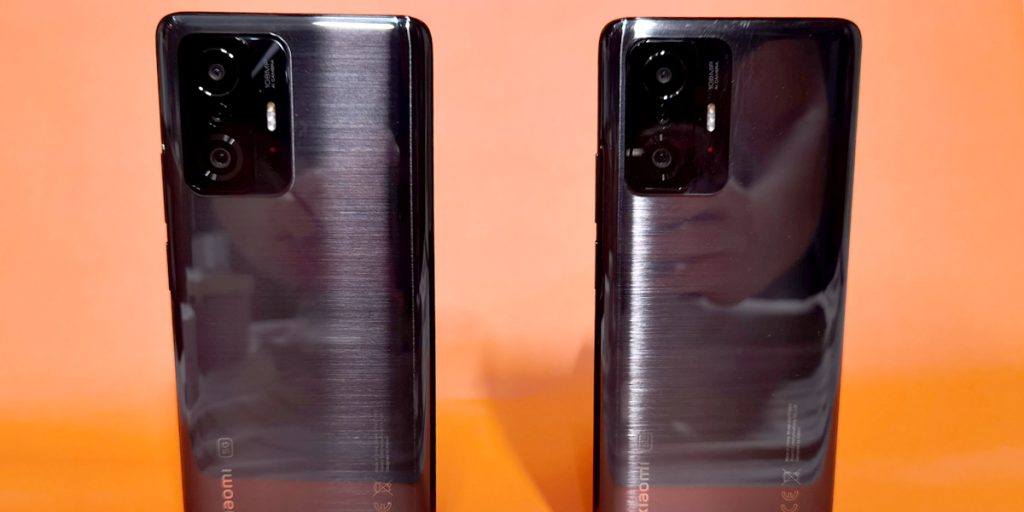 It’s hard not to recommend the Xiaomi 11T Pro considering the maxed-out specs that it has, beautiful video-taking capabilities, great display and an insane charger all being under Php 30,000. What we’ve been testing is the 8GB/256GB Variant conveniently priced at Php 27,990 but if you want a bit more power you can opt for the 12GB/256GB variant at Php 29,990. SERIOUSLY, how can you say no to that?!