Here are our top picks on Netflix for December 2021

From Stone Ocean to The Witcher Season 2! 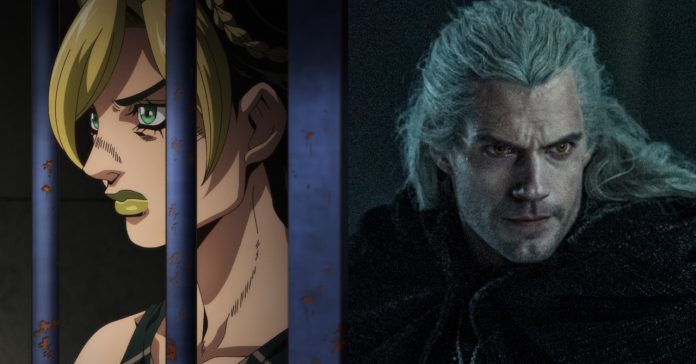 While last month saw several must-watch movies and shows, Netflix also has has quite a lineup for December 2021. From JoJo’s Bizarre Adventure Stone Ocean to The Witcher Season 2, here are our top movie and series picks on Netflix for December!

Jojo’s Bizarre Adventure is one of the most well-known and beloved anime shows, so it’s no surprise that Part 6: Stone Ocean is one of our most anticipated shows that’s releasing on Netflix this month. The best part is, this new JoJo season releases on the first day of the month!

It has been nearly two years since the series’ first season, and finally, we’re getting season 2 of The Witcher this December. What makes us excited for this season is that Geralt and Ciri will finally start their journey together after quite a lengthy buildup during the first season.

Korean shows are all the rage today, and for good reason. A lot of TV shows from South Korea have gripping stories and impressive production design–just look at Squid Game. And for December, Netflix is releasing The Silent Sea, another Korean series that’s shaping up to be a must-watch. Not only does it have a stacked main cast, it also has an interesting sci-fi/thriller premise.

While Don’t Look Up is not exactly the type of movie we write about, we can’t help but to get excited for it. This movie tells the story of two low-level astronomers who must warn everyone of an approaching comet that will destroy planet Earth. While the premise alone is already interesting, it also has an all-star cast featuring the likes of Leonardo DiCaprio, Jennifer Lawrence, Timothee Chalamet, and more. On top of this, the movie is directed by Adam McKay, director of movies such as Anchroman, Talladega Nights, and The Big Short.

While these are our top picks, there’s a lot more coming to Netflix this December 2021, so here’s a quick rundown of what’s new on Netflix for the last month of the year: