Hideo Kojima praises Arcane, calls it the future of animation and CG 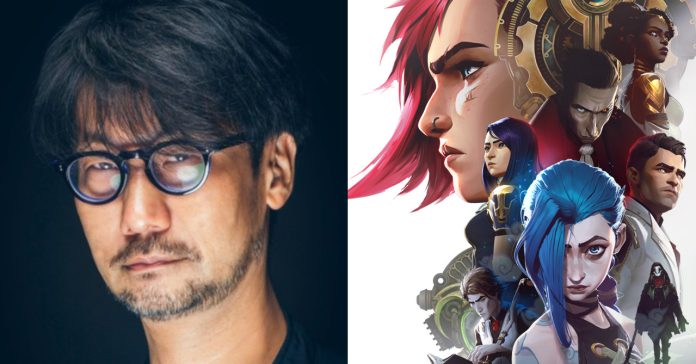 Specifically, Hideo Kojima tweeted an interesting story, as well as his thoughts on the Arcane. For starters, he revealed that he was actually invited to a preview of the series, but he turned it down.

Now, after watching four episodes of the show, he feel sorry to have turned it down as Arcane proved to be an impressive series. In fact, Kojima even called the series
“A digital video achievement between realism and art, following in the footsteps of ‘Spider-Verse’, ‘Love’, ‘Death & Robots’ and ‘Witness’!”.

To follow it up, Kojima even said that the series is “the future of animation and CG!”.

2/2
A digital video achievement between realism and art, following in the footsteps of "Spider-Verse", "Love", "Death & Robots" and "Witness"! The future of animation and CG!

Kojima praising Arcane is a big deal for many reasons. For starters, he is one of the most esteemed directors in video games, so him praising a video game adaptation is a glowing recommendation. On top of this, Kojima is also a noted lover of film and TV shows, meaning Arcane also works not just as an adaptation of a beloved game franchise, but as an animated work that can stand on its own.

In case you haven’t seen Arcane yet, you can watch the first season right now on Netflix. But in case you need more convincing, read our full review of the series here.