Hololive JP Gen 6 is official, and they debut starting November 26

Meet the next generation of Hololive VTubers! 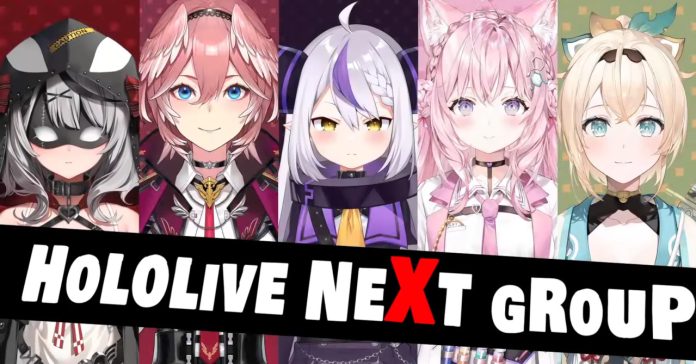 Meanwhile, here is the list of the five holoX members, along with their lore, debut times, and official pages: 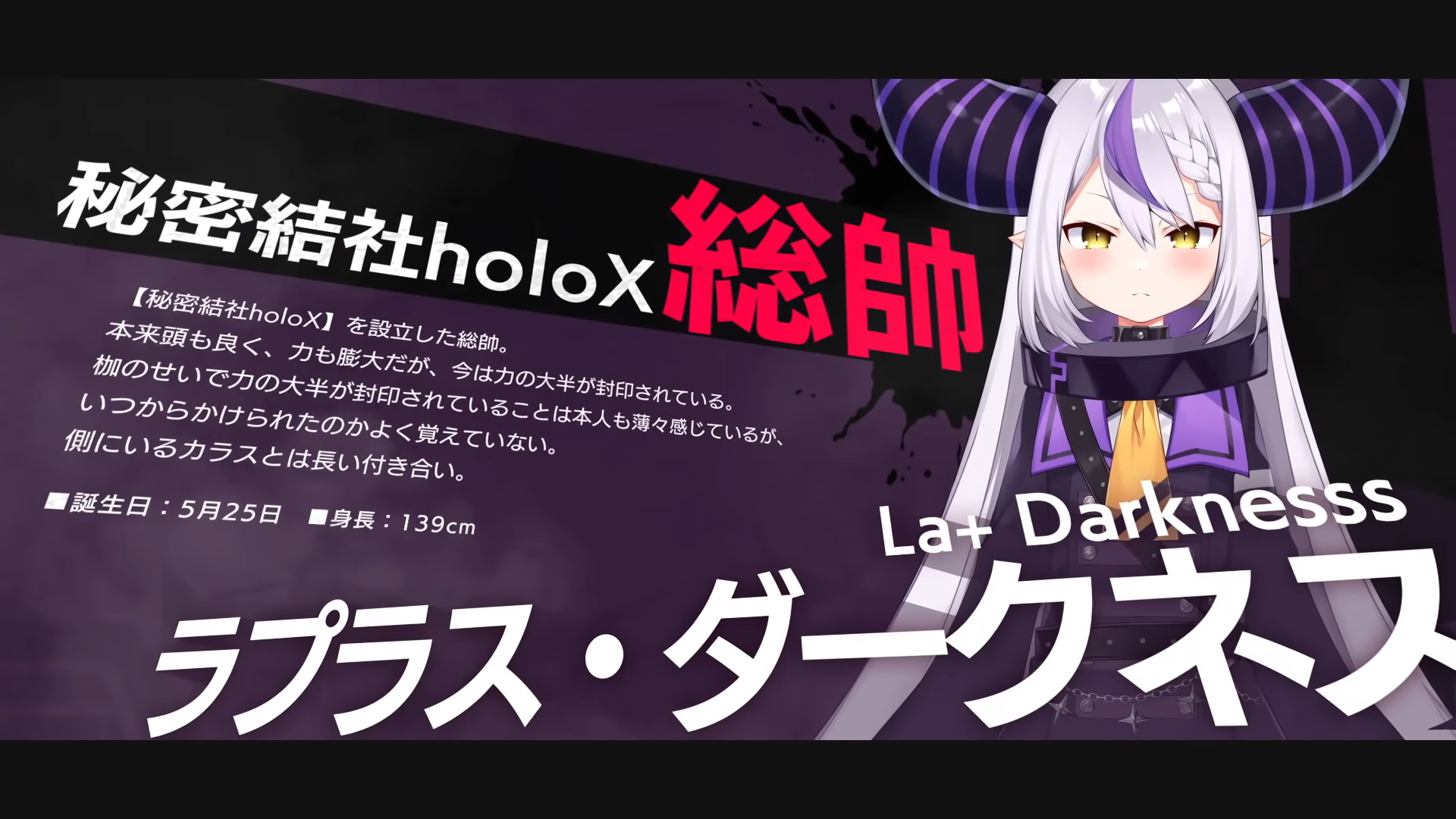 The one who established Secret Society holoX.

She was originally known for her vast power and intelligence, but most of it is now sealed away.

She is vaguely aware of the debilitating nature of her shackles but does not remember when or how they got there.

The crow by her side is a long-time companion. 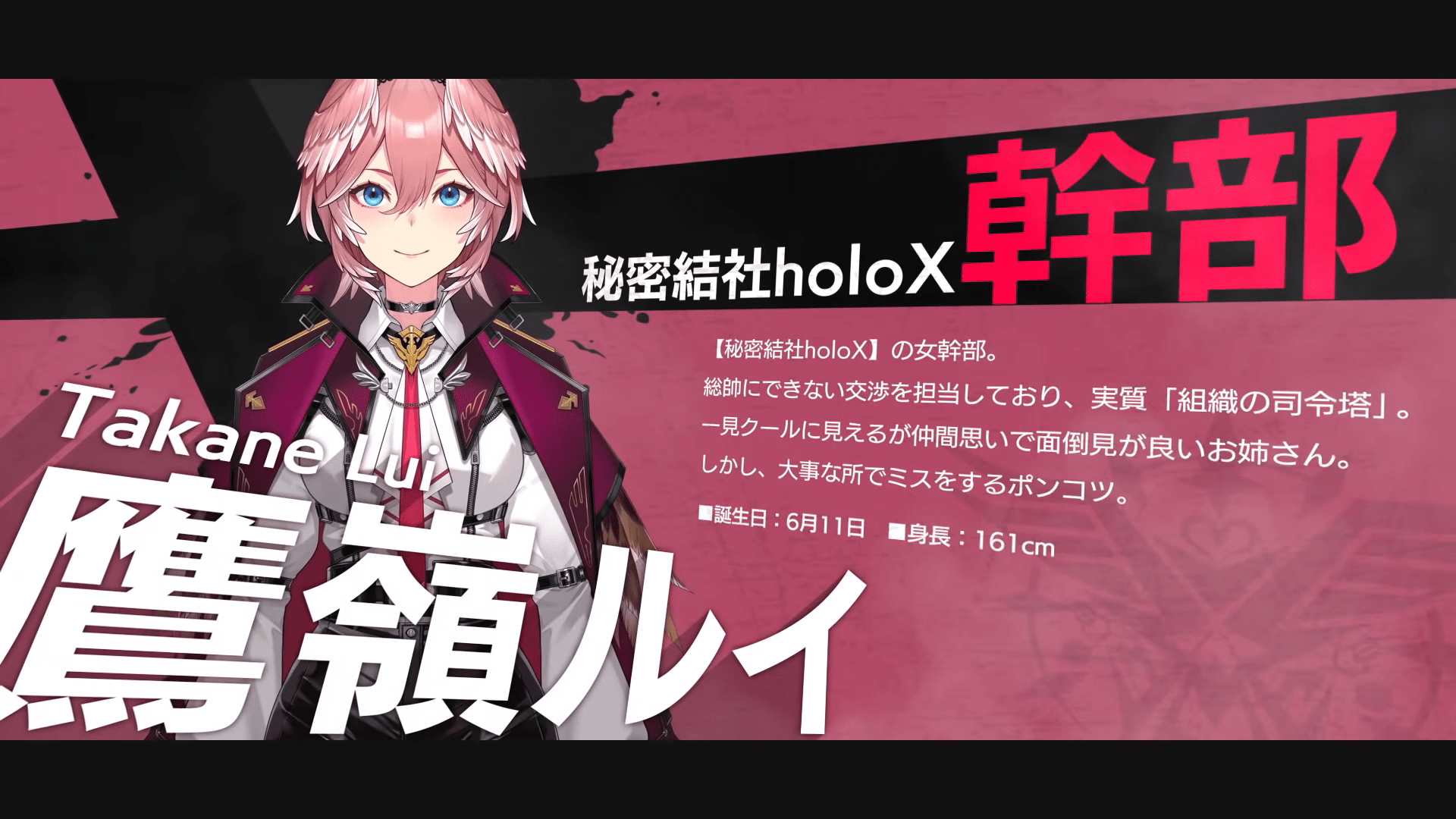 As holoX’s point of contact and the one in charge of external affairs, she is the de facto leader of the group, handling matters that the founder cannot.

While she may seem aloof and standoffish at first glance, she is a compassionate person who cares a lot for her subordinates.

Unfortunately, she is also rather prone to screwing up in crucial moments. 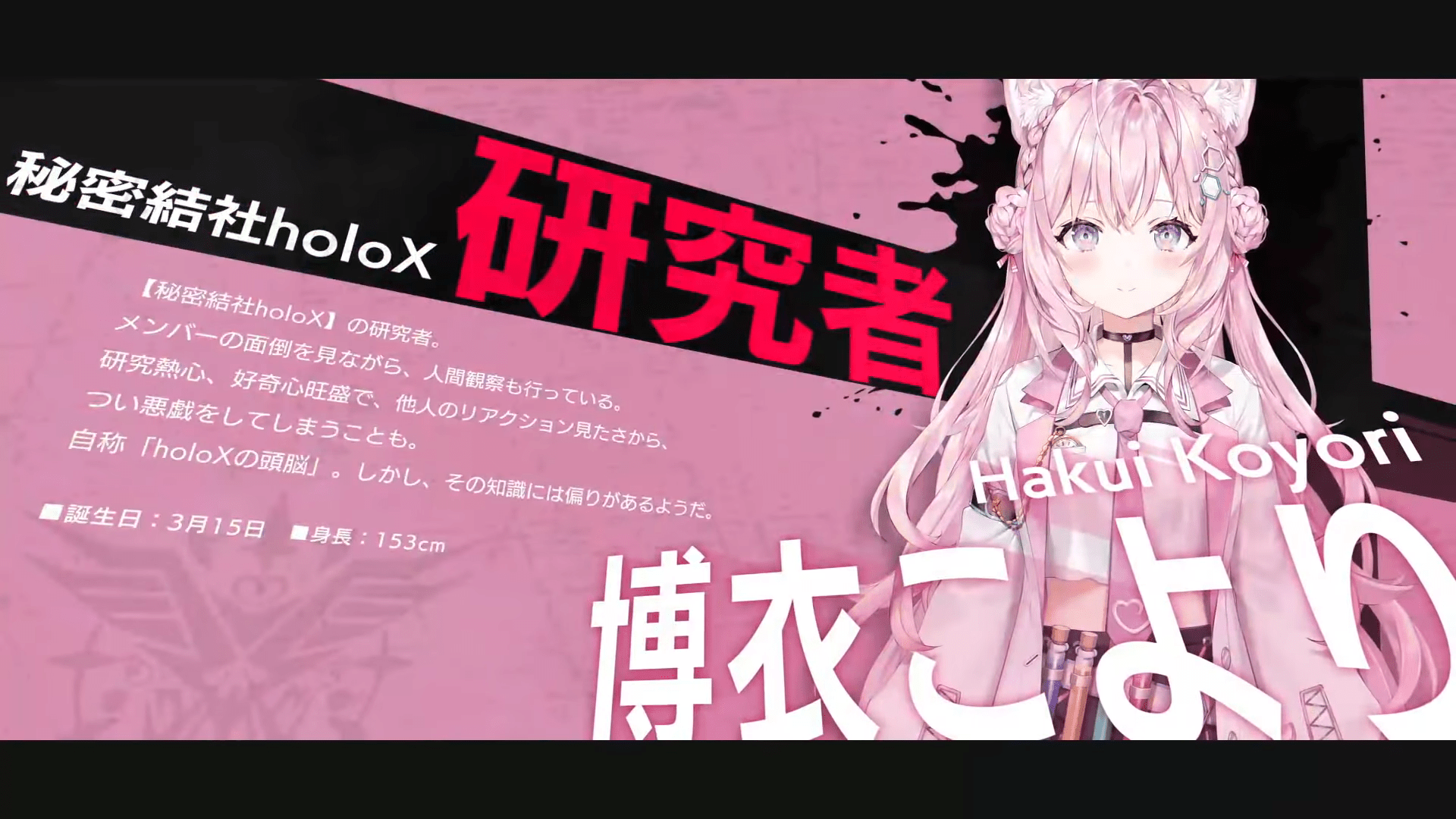 The one in charge of R&D in Secret Society holoX.

As part of her studies into human behavior, she meddles in the other members’ affairs and tries to help them out at every turn.

Possessed by an insatiable thirst for knowledge, she may sometimes also deliberately mess with people just to see how they react.

The self-proclaimed “brains of the operation.” Her areas of expertise, however, are pretty limited. 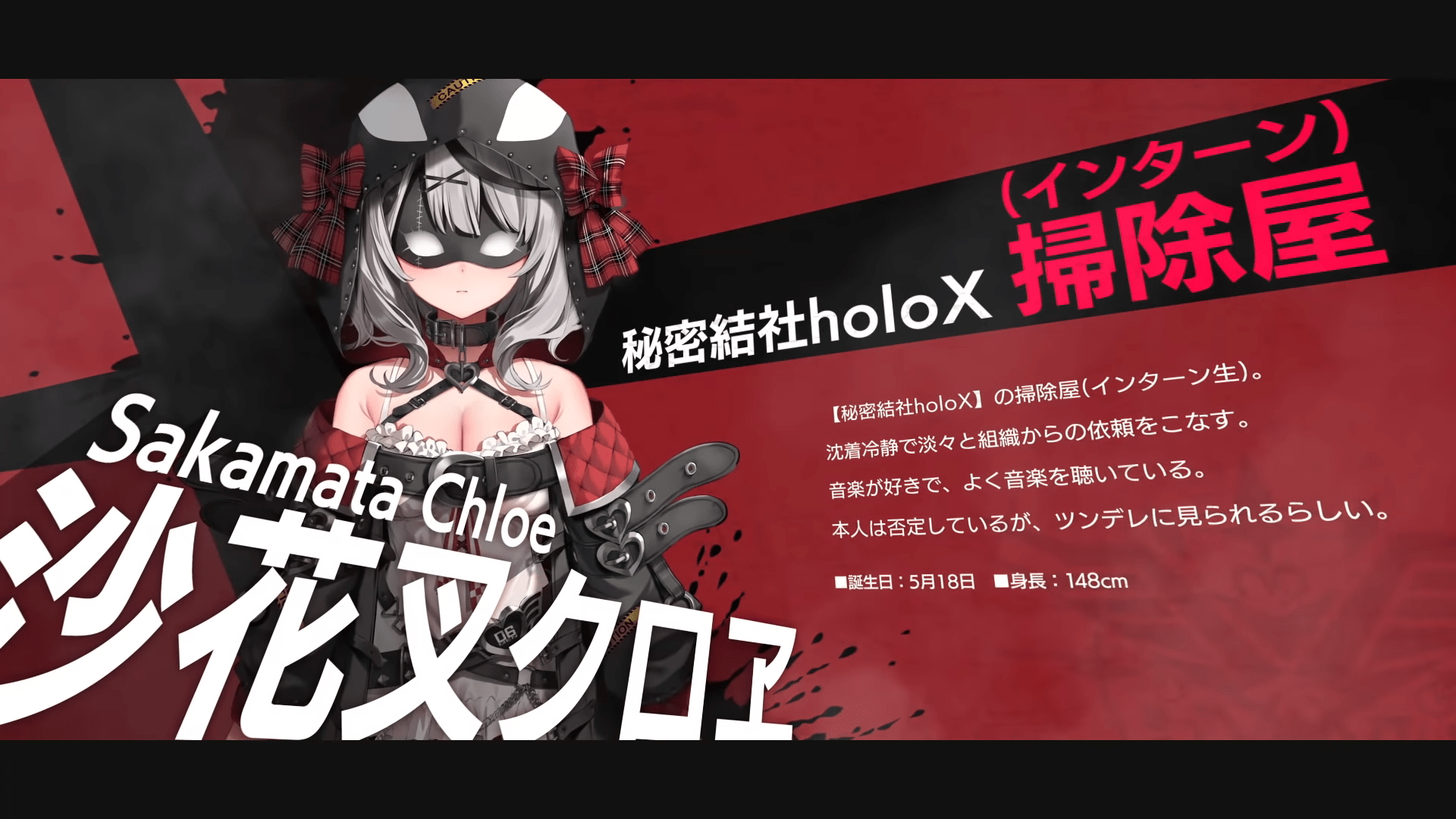 An intern who acts as a fixer and cleaner for Secret Society holoX.

Calm and composed at all times, she carries out her orders without so much as batting an eyelid.

She loves music and can be found listening to it every chance she gets.

And while she denies it vehemently, she apparently tends to come across as guarded and not very upfront with her thoughts, only letting people get very occasional glimpses into how she really feels. 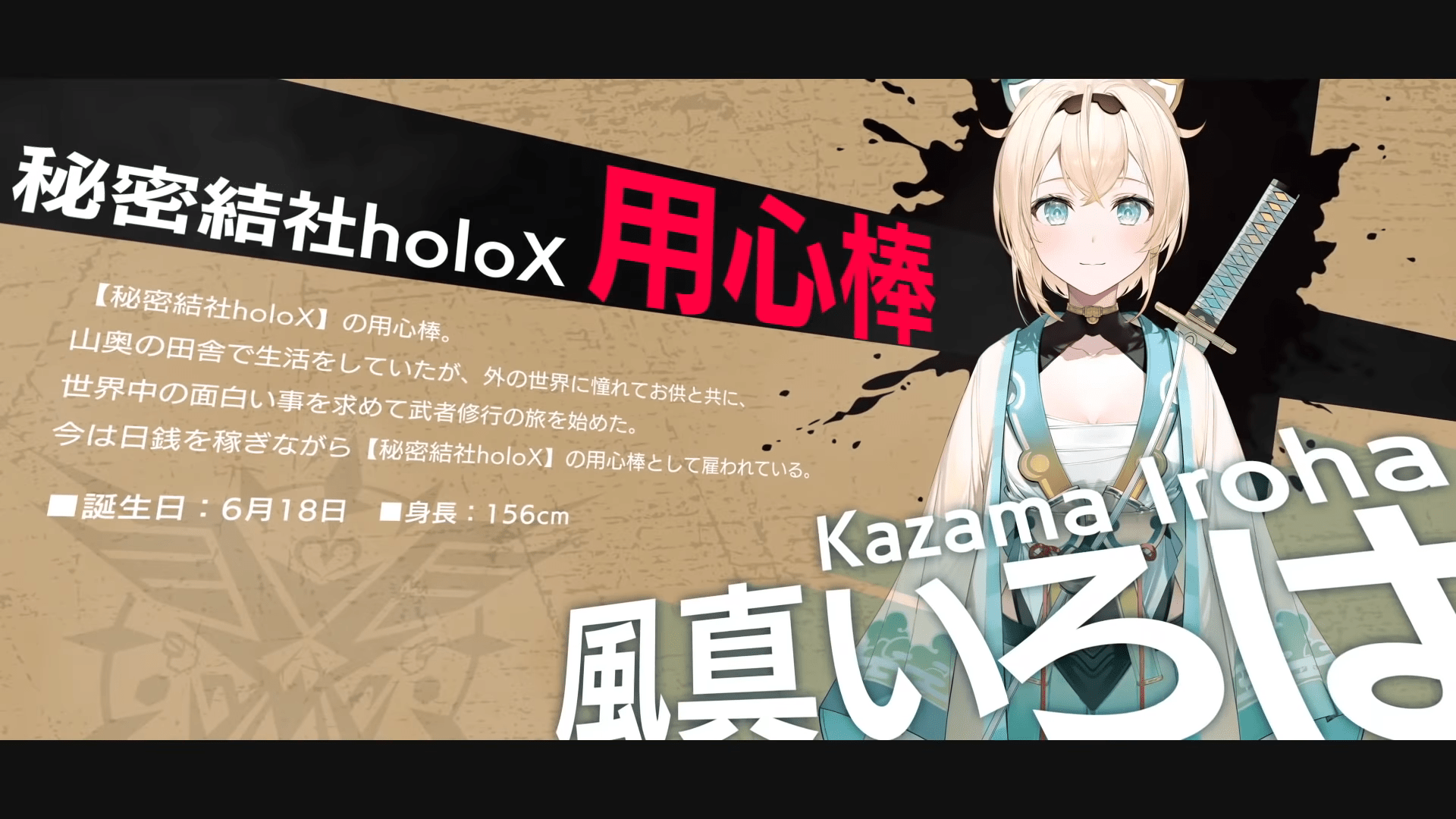 Hailing from a remote mountainous area, she left her home behind and, along with her companion, set off on a journey to achieve her dream of seeing and learning more about the outside world.

Nowadays, she handles security detail and bodyguard missions for holoX, making enough money to get by.