This might just be Riot's biggest cross-game event yet! 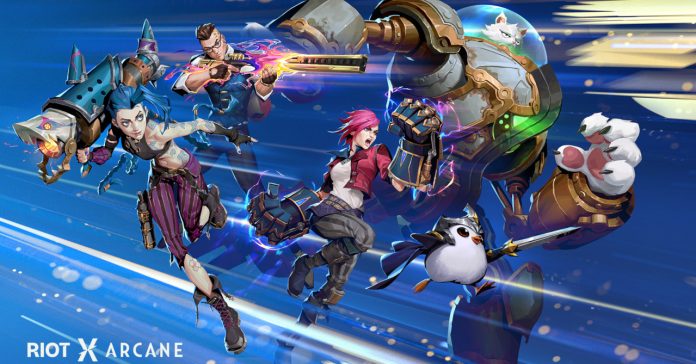 Riot Games has just launched RiotX Arcane, a month-long event which celebrates the release of Arcane, the League of Legends animated series on Netflix.

While Riot is no stranger to cross-game events (such as the Sentinels of Light event a few months ago), RiotX Arcane might just be the biggest one yet! Not only will this event feature new in-game content across Riot’s titles, fans will also get to enjoy in-person and digital activities throughout the month.

This new event starts now, and it leads into a Super Weekend of events this weekend with the League of Legends World Championship and Arcane Premiere. At the World Championship, fans will get to enjoy the Grand Finals between Edward Gaming and Damwon, as well as the World Championship Shop Open featuring Imagine Dragons alongside PVRIS, Bea Miller, JID, and Denzel Curry. This event will be followed up by the Arcane world premiere.

The Show Open  begins on Saturday, November 6 at 8:00PM PHT, and will be broadcast on lolesports.com, as well as YouTube and Twitch.

Aside from this Super Weekend, Riot X Arcane features lots of in-game content across Riot’s games, including LoL, Wild Rift, Legends of Runeterra, and Valorant.

Here’s a rundown of event content in Riot’s titles:

Along with these, The World of RiotX Arcane event hub is now available, and it is a digital event companion for players to explore. In this hub, players can embark on a narrative adventure and solve missions to earn in-game rewards. Rewards go live beginning on November 7, with additional in-game rewards becoming available starting November 15.

Finally, fans who tune in to the RiotX Arcane Global Premiere will receive the following Twitch Drops: