The new Hearthstone update also brings Diablo, the Lord of Terror in Battlegrounds and Duels! 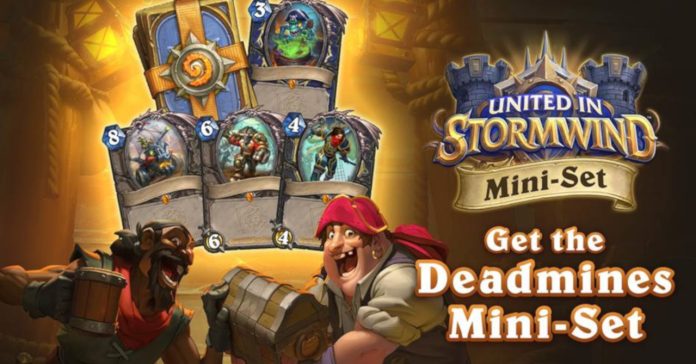 Blizzard has just released the Deadmines mini-set for Hearthstone, and as with previous mini-sets, it introduces 35 new cards. Along with the new cards, the Deadmines also brings along Edwin and his pirate crew in Hearthstones’ Mercenaries game mode.

On top of these, Diablo, the Lord of Terror himself, will be a playable hero in Battlegrounds, and he will join Duels as the modes’ first dual-class character.

This new mini-set features Edwin VanCleef and his crew, and it introduces 35 unique new cards featuring Pirates and new synergies designed around the Tradeable keyword.

The Deadmines Mini-Set is available now, and it consists of 35 distinct cards: 4 Legendary cards, 1 Epic card, 14 Rare cards, and 16 Common cards. Those new cards can be found in United in Stormwind packs, or you can get the entire 66-card* Mini-Set for USD 14.99 or 2000 Gold.

The entire set includes one copy of each Legendary card and two copies of each other card, for a full playable set of all cards in the Mini-Set.

Alongside the new mini-set, Blizzard has announced that Mercenaries is getting its first content update. In the new update, Edwin and four other swashbucklers are joining the mode, bringing with them unique abilities and Pirate synergies. On top of that, three new Bounties and Bounty Bosses will also be introduced.

For more info on the Hearthstone Deadmines mini-set, and for the the full 21.6 Patch Notes, visit: https://playhearthstone.com/en-us/news/23739023