The game will be available on day one with Xbox Game Pass for PC. 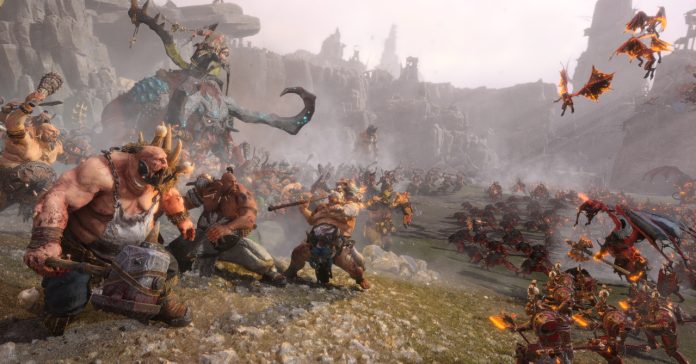 Following the recent reveal of Tzeentch, SEGA has announced that Total War: Warhammer 3 will release on February 17, 2022, and the game will be available on day one with Xbox Game Pass for PC.

Alongside the game’s release date, SEGA also announced the Ogre Kingdoms Race Pack, an early-adopter bonus for the upcoming title. All players who orders Total War: Warhammer 3 in advance, or buys it during the first week on sale, will gain access to this additional content pack for free.

In battle, Ogres excel at bombarding the enemy with long-range firepower before cascading upon their ranks with a devastating cavalry charge. In the game’s campaign, the Ogres wage bloody war from their nomadic camps deep within the Mountains of Mourn.

Total War: Warhammer 3 was originally set to launch in late 2021, though the game’s release has been moved back a bit to give the developers more time to polish the game. Thankfully, Warhammer fans won’t have to wait too long as the game will release rather early in 2022.